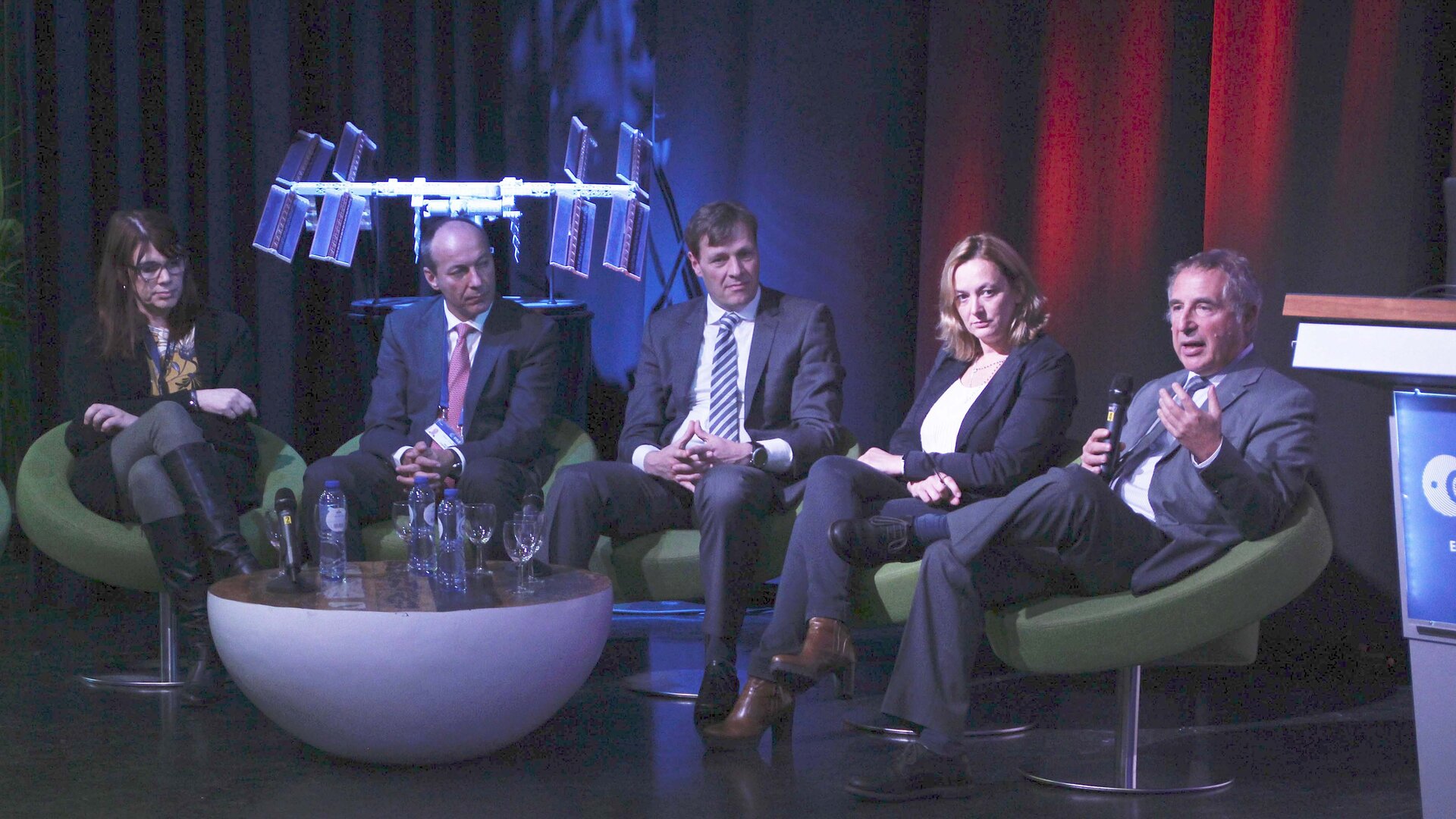 ESA is joining forces with international partners and European industry in the new era of lunar exploration. Horizons are widening as innovation and commercial ideas emerge.

“The Moon is like the eighth continent of planet Earth, a place that we have hardly explored,” said David Parker, ESA’s Director of Human Spaceflight and Robotic Exploration during the opening of the Deep Space Gateway and Lunar Exploration Industry Days.

Over 120 participants attended the event on 18–19 September 2017 at ESTEC in Noordwijk, The Netherlands. “There is a great potential for industry to participate in these two exciting projects,” Parker assured. The partnership is open for business.

ESA experts engaged European industry to understand the what, why and how of the Deep Space Gateway. The project envisions a modular spacecraft with an open architecture orbiting the Moon in the mid 2020s.

Acting as a hub in the lunar vicinity, the platform is intended to be a staging post to multiple destinations. It will launch missions to the lunar surface, into deep space and ultimately to Mars.

From there, humans will reach back down to the Moon with robots and eventually with humans. “We really need the gateway as an enabler for lunar surface missions,” said Robert Buchwald, project manager and systems engineer at Airbus Defence and Space.

"The Deep Space Gateway offers a great opportunity for European industry to advance exploration capabilities such as an electric propulsion thruster, radiation protection, habitation and refuelling systems, and a scientific airlock,” added Bernardo Patti, Head of the International Space Station programme and exploration department at ESA.

ESA provided the latest updates on one of the mission concepts linked to the Deep Space Gateway. “Heracles is a robotic path towards human lunar exploration,” explained ESA architecture analyst, Markus Landgraf.

The Human-Enabled Robotic Architecture and Capability for Lunar Exploration and Science – Heracles, plans to reach down to the surface of the Moon and to bring samples back to the gateway in an ascent vehicle.

Its rover will go to the deep dark craters in search of scientific clues. “Let’s explore the unexplored. Let’s use the Moon as a proxy to understand planetary formation,” encouraged David Kring, senior staff scientist at the Lunar and Planetary Institute.

The challenge remains to demonstrate sustainable lunar exploration. Humans would “enhance efficiency in lunar operations. The Moon is our next destination,” said ESA astronaut Samantha Cristoforetti.

Dozens of roadmaps, charts and technology specs populated the presentations and panels. Nearly forty speakers explored the scenario, the opportunities and potential business cases of a new international approach to leave low Earth orbit behind.

ESA facilitated bilateral meetings, open debates and interactive sessions. Industry and academia representatives had the floor to pitch their proposals. Regenerative fuel cells, radioisotopes, remote manipulation and ice water detectors were some of the ideas competing in technology innovation.