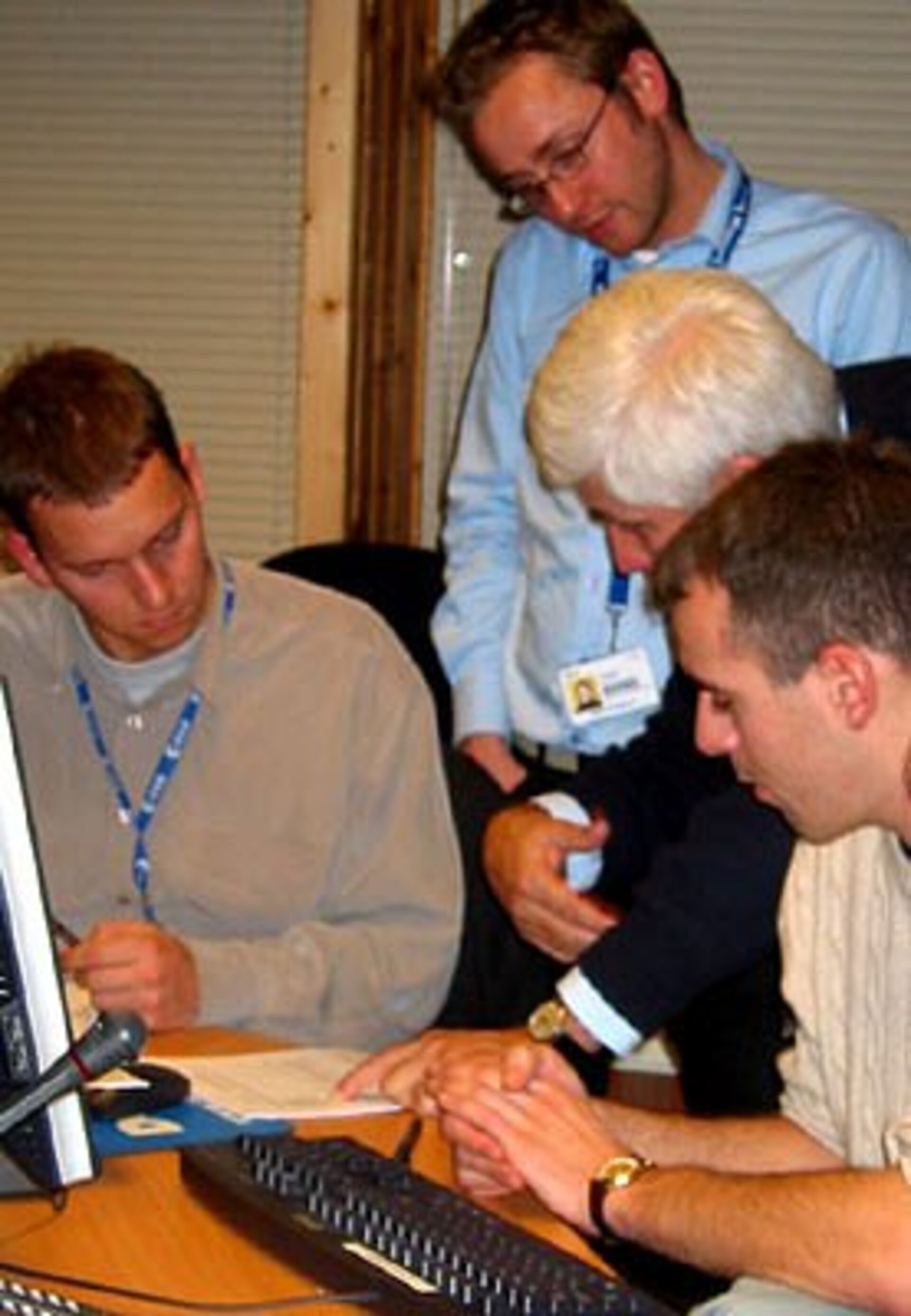 European entrepreneurs with innovative ideas now have help in getting their businesses started, thanks to a recent ESA initiative called the European Space Incubator. Its goal is to stimulate and promote new venturing as a means to transfer space technology or use space systems in non-space markets.

"Having an innovative idea is one thing, but getting it to work in the marketplace is another," says European Space Incubator (ESI) Manager, Bruno Naulais. "ESI can bridge the gap between having an idea and putting it into practice by helping entrepreneurs draw up a business plan and carry out a feasibility study on the technology to be used".

Through ESI, entrepreneurs have the expertise of ESA scientists and engineers on hand to support them throughout the difficult initial development phase. Once a prototype has demonstrated the feasibility of the idea and a viable business plan is in place, entrepreneurs have a better chance to convince investors that there is an existing market for their envisioned product or service.

At present two entrepreneurs are using the ESI facility. Hugo Brunsveld van Hulten from the Netherlands has come up with a new system design called ActiveFU to help physicians in their fight against breast cancer. This combines two already well-established techniques into a medical treatment process. Magnetic resonance imaging (MRI) is used to locate cancer tissue and guide physicians in targeting a high-intensity focused ultrasound (HIFU) beam to 'burn' malignant cells. Brunsveld van Hulten is using expertise and techniques from space activities to finalise the ActiveFU prototype.

The other project under development within ESI exploits ESA's concurrent design methodology for use in non-space sectors. ESA's Concurrent Design Facility (CDF) uses this methodology to carefully scrutinise the design of spacecraft and missions. It has proved to be very successful in finalising the design of complex systems where requirements in different fields can lead to conflicting solutions.

An entrepreneurial team called JAQAR wants to develop the CDF methodology for use in other European industries that require complex design validation. Behind JAQAR are Arne Matthyssen and Sam Gerene from Belgium, both of whom have previous experience in setting up and running the CDF at ESTEC.

"Until now we have received more than 70 applications to use ESI," says Bruno Naulais. Each application is evaluated carefully and if it has real potential then an evaluation board, made up of relevant ESA experts, is set up. The board assesses in detail the technical and business potential behind the ideas, and the best ones are given the possibility of being developed within ESI.

"So far we have selected nine projects, including ActiveFU and JAQAR, the two already started,” says Bruno Naulais. "Within two years we want to incubate 15 entrepreneurial projects and our long-term objective is to launch 10 new start-up companies each year, a goal we hope to reach within five years."

ESI is the central hub and driver of ESINET, the European network of space incubators which links up existing national and regional space-related incubators in the ESA Member States and Canada, as well as in other European countries. In total, ESINET includes over 30 incubators in 16 countries.

"With ESINET, we can also help start-up companies to establish international partnerships in more than 16 countries, which definitely is a benefit when it comes to analysing and targeting the different national markets," says Bruno Naulais. Last autumn, the ESA Council agreed to participate in a soon-to-be created ESINET fund of €25-50 million; this will provide an additional source of financing entrepreneurs using the ESINET incubators.

Bruno Naulais adds, “We expect the new start-ups to come from mainly three areas: those spun-off from transfers of space technology, those incorporating downstream applications of space systems, especially in the areas of telecommunication, navigation, Earth observation and commercial activities involving the International Space Station, and those which combine both.”

At the moment, ESI is located at ESA's technology and research centre ESTEC, in Noordwijk, The Netherlands. This close proximity to ESA and its wealth of space expertise positions ESI as the key space-to-earth interface needed to convert space technologies and systems into successful economic activities on Earth. Eventually ESI will move to its permanent residence at the soon-to-be-created Noordwijk Space Business Park, very close to ESTEC.

Pierre Brisson, Head of ESA's Technology Transfer and Promotion Office says, "together with the conventional instruments of adequate licensing, business incubation is an effective tool for accomplishing technology transfer. In the recent past, new technology-based firms have increasingly been created to execute such technology transfers."

"Over the past four years our Technology Transfer Programme has been the source for 30 start-up companies in Europe, often led by entrepreneurs. An incubator initiative within ESA is the logical next step and we must push forward to give the ESI initiative a well-defined place within our overall strategy".

ESI has launched a website at http://www.esa.int/esi, where more information can be found on this new initiative.