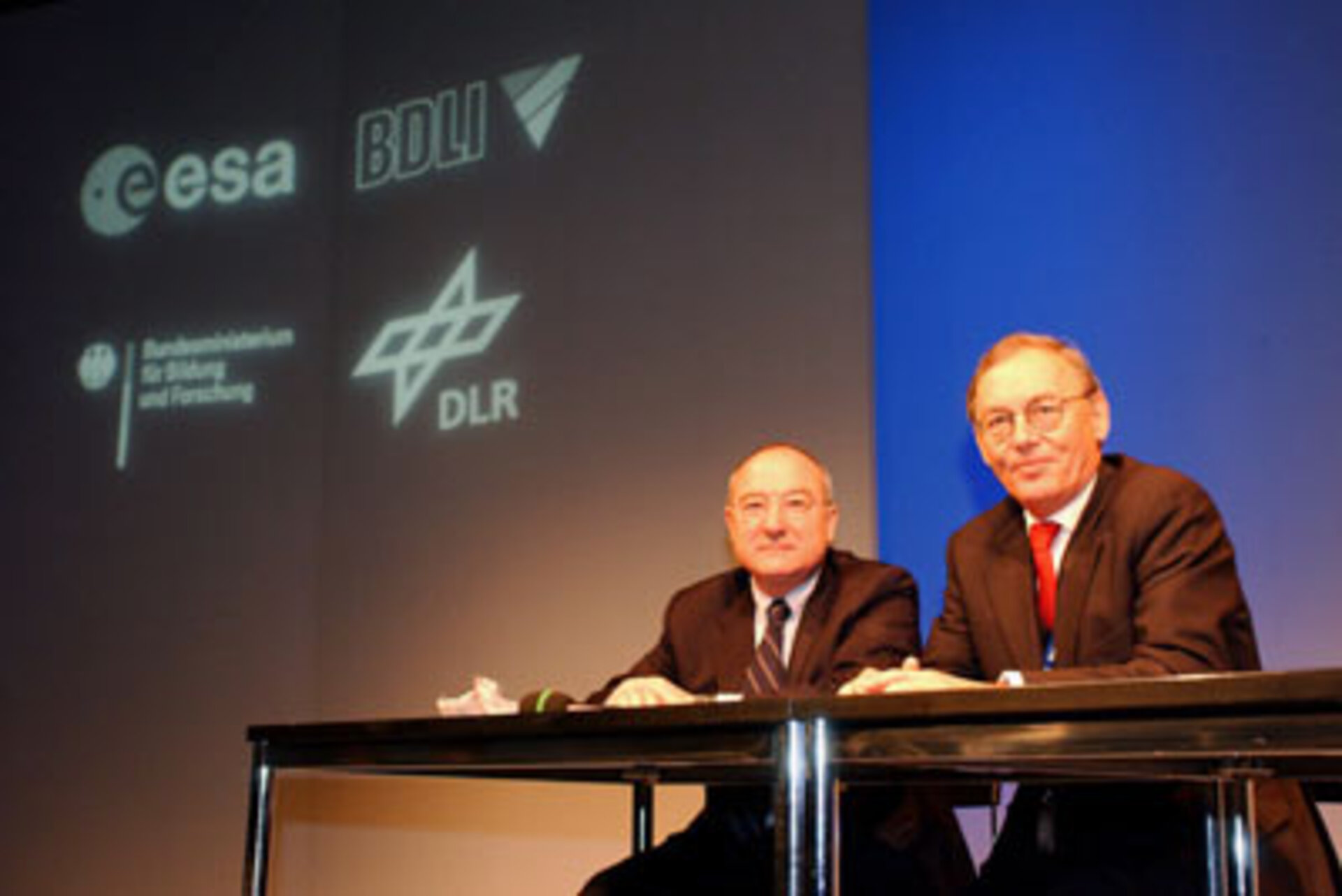 ESA PR 35-2005. Sigmar Wittig, currently Chairman of the Executive Board of the German Aerospace Centre (DLR), is the new Chair of the ESA Council for the next two years (as from 1 July).

Professor Wittig was unanimously elected at the 179th Council meeting, held at the European Space Operations Centre (ESOC) in Darmstadt, Germany on 21-22 June. He will take over from Mr Per Tegnér of Sweden, whose term of office ends on 30 June.

Born on 25 February 1940 in Nimptsch, Sigmar Wittig studied mechanical engineering and was awarded a PhD from the University of Aachen. After nine years in the United States (1967 – 1976), he worked for many years (1976-2002) as professor and head of the institute for thermal turbomachinery at the University of Karlsruhe, eventually becoming University President in 1994.

In March 2002, he was appointed Chairman of the Executive Board of the DLR and has been Head of the German Delegation to ESA since then.