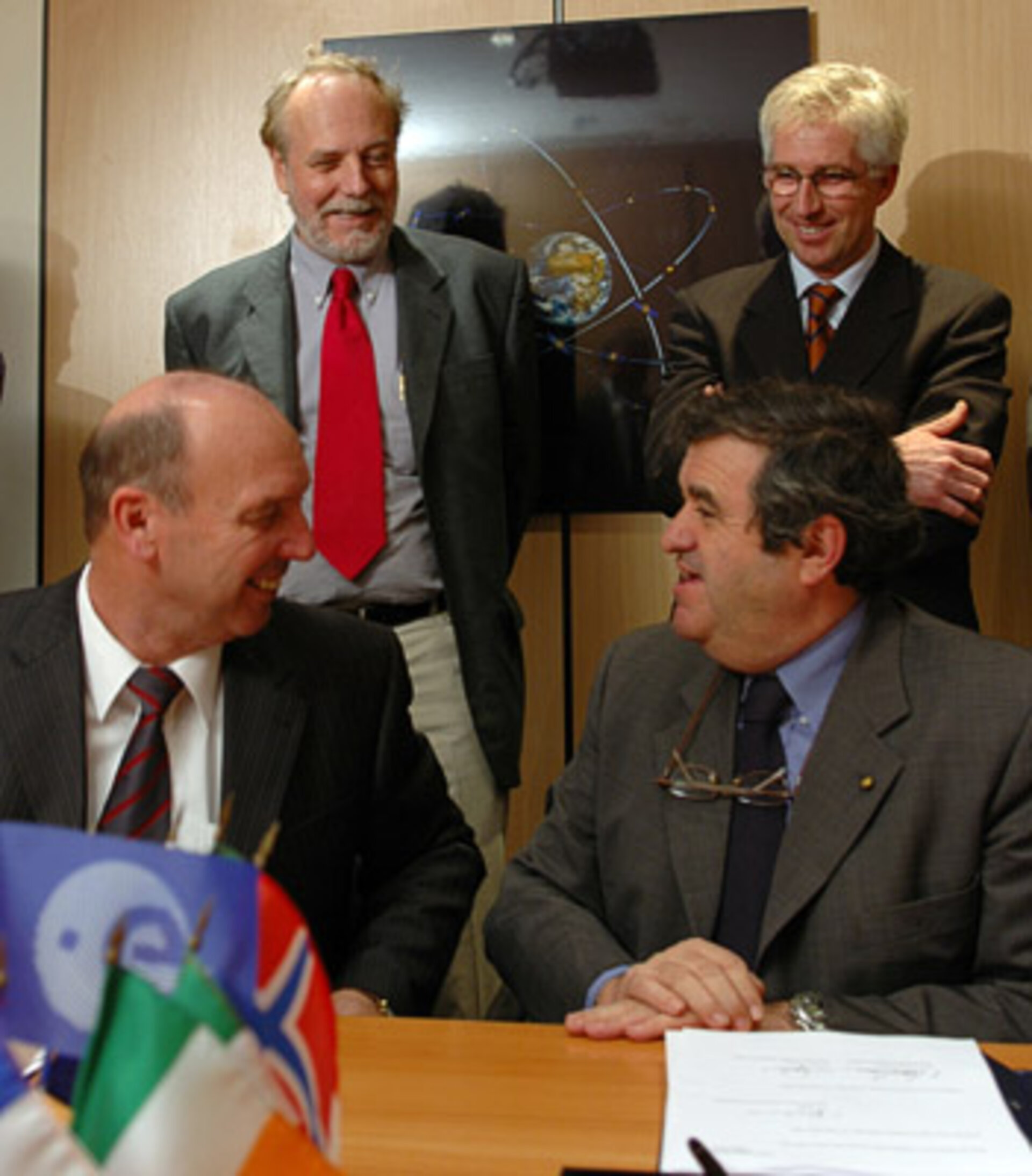 The European Space Agency and Galileo Industries have signed a €150 m contract, as a first stage towards signing an approximately €950 m contract covering the overall IOV phase.

"This marks a further step forward for Galileo", says Giuseppe Viriglio, Director of EU and Industrial Programmes at the Agency. "In line with the recent EU Transport Council green light for final deployment of the constellation, ESA is securing the foundations for this unique satellite locating and positioning system."

For Günter Stamerjohanns, chief executive officer of Galileo Industries: "This contract marks a key step towards completing this major European technology project. Galileo Industries is proud to be playing a leading part in meeting this enormous challenge."

The contract provides the basis and the technical activities necessary for in-orbit validation of the Galileo system. It gives preliminary authorisation to proceed with the whole of this work, over a six-month period. This work notably concerns the management of the programme and the choice of engineering systems and technical support required to maintain the overall credibility of the scheduling and ensure system coherence.

In-orbit validation involves the delivery of the first four satellites in the Galileo constellation of 30, along with a number of ground stations. Subsequently, the programme will enter its deployment phase, which will cover the entire network of ground infrastructure and the launch of the remaining 26 satellites which will complete the constellation.

present, the test phase has started, with the launch of a first test satellite onboard a Soyuz launcher expected by end-2005. To ensure that this phase is a success, two satellites are being built in parallel by European industry.

Galileo is a joint initiative of the European Space Agency and the European Union. It will be the first-ever global satellite-navigation system designed for civilian needs that delivers guaranteed continuity of services, unlike the American GPS. The two systems will nevertheless be compatible and interoperable.