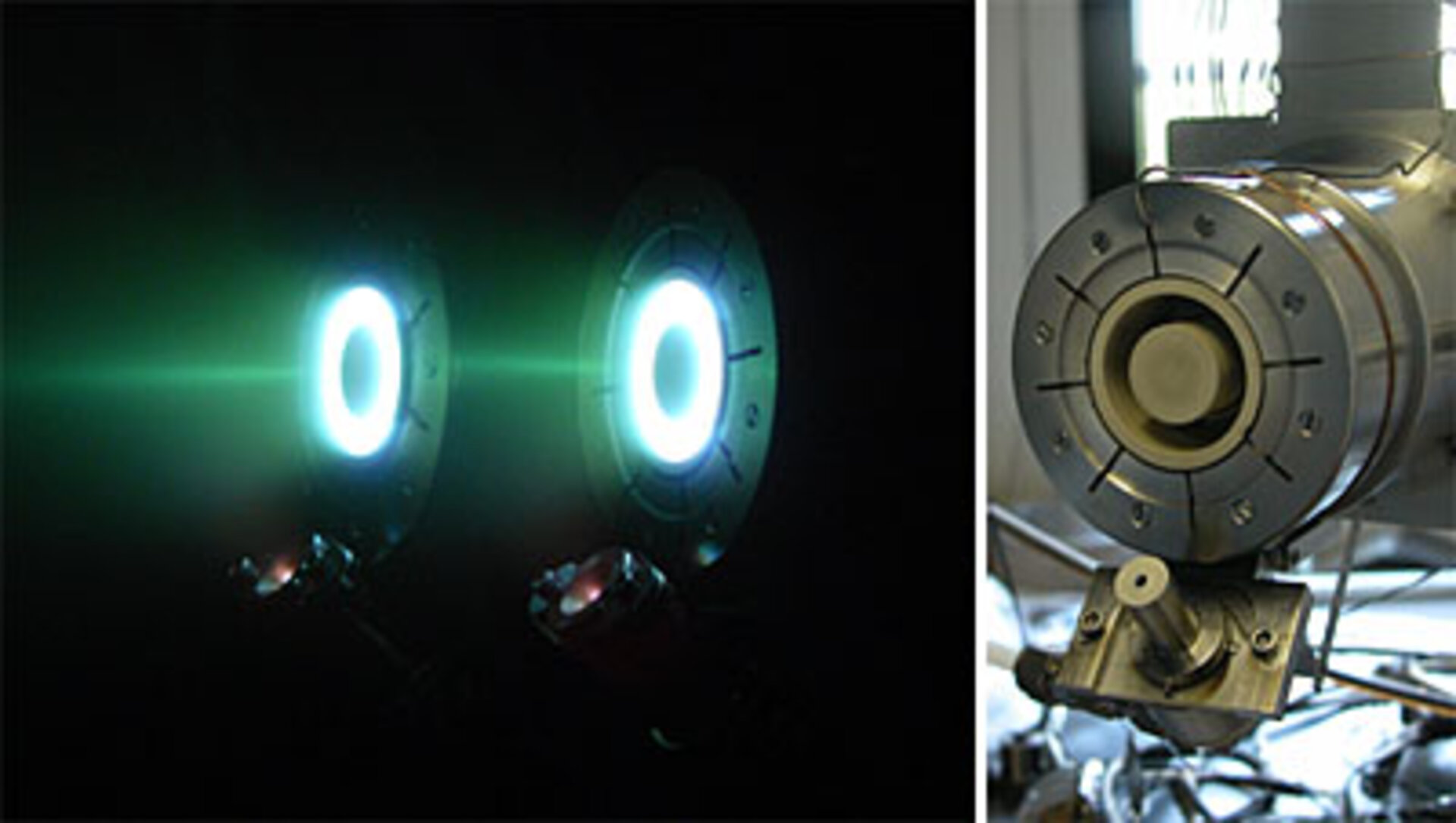 From its modest beginnings as a small university laboratory, the Italian company Alta S.p.A. has, in the past few years, become a leader in developing electric propulsion systems and operator of one of the largest test facilities in the world for such systems.

"We have been researching and developing electric propulsion (EP) thrusters for more than 30 years," says Leonardo Biagioni, Alta’s Vice President for Business Development.

The company began as a small laboratory named Centrospazio, the space research laboratory of the University of Pisa and the Consorzio Pisa Ricerche. In the late 1990s some of its activities moved towards industry, and it was decided to set up a private company. Alta was established in 2000 as a spin-off of Centrospazio.

Alta is an expert in propulsion technology for rocket engines which instead of using conventional liquid and solid chemical fuels generates thrust by ionization of a gas which is accelerated by an electric field. These thrusters are usually called plasma or ion thrusters.

The company's collaboration with ESA, the Italian Space Agency (ASI) and other space actors has been of great importance. "Through our close involvement in space programmes, we have managed to be at the forefront of EP technology and acquired expertise to spin-off advanced space technologies thus creating new business opportunities outside the space market," says Biagioni.

"EP is a very attractive – and in some cases the only - solution for interplanetary and outer space missions as it uses less fuel than traditional engines. An interplanetary mission to Mercury using a conventional rocket engine would require thousands of kg of propellant, while a plasma engine only requires a tenth of that amount," says Biagioni.

Alta's EP engines are being developed for various European missions including ESA’s LISA Pathfinder and Microscope, and ASI’s planned Moon mission. In partnership with SNECMA, QinetiQ and EADS Astrium, Alta also develops and test EP engines for large telecommunication spacecraft and science missions, such as the ones candidate for the Bepi Colombo mission.

Now, with help from ESA’s SME initiative, Alta is developing a small plasma thruster for low-cost small spacecraft. "The support we got from ESA through its LET-SME initiative was very important as it allowed a more market-oriented approach to developing an EP system," explains Biagioni.

"We were free to define the thruster configuration and characteristics for a wide application market. The result was a thruster with an innovative and easy-to-manufacture design that combines performance with low cost." The small plasma engine is particularly suitable for Earth observation missions and formation flying, and can also be used for larger spacecraft as secondary propulsion.

Alta operates one of the largest privately owned space test facilities in Europe, including one of Europe’s largest space simulators: the 200 m3 IV10 advanced vacuum chamber, which has the world highest performing pump system.

IV10 carries out complete end-to-end propulsion tests on medium to large thrusters in vacuum down to one billionth of a millibar, comparable to the vacuum level found in near-Earth space.

In 2006, about 25% of the company's turnover was generated by applying space technologies to products for the energy, manufacturing and environment industrial sectors. This share is projected to rise to 30% in 2007.

"Space is a challenging environment and a good training ground for high technology developments. Technological developments for space can have great potential for non-space use and attract a much larger market," says Biagioni.

For instance, Alta has transferred the electro-thermal arcjet space technology to the waste management sector, developing and manufacturing small thermal plasma reactors to treat special waste, including ash, asbestos, leather and sanitary waste from hospitals. Another example is the transfer of Hall plasma generator technology to the surface processing industry, especially for automotive applications. Alta supplies custom machines to some of the largest automotive customers in Europe.

Expertise in fluid dynamics computation has brought Alta into another new business. The company was selected to provide engineering support for one of Italy's 2007 America's Cup syndicates. Alta provided hull drag and stability predictions as well as fluid optimization for the keel and the rudder.

Alta will host in September the 2007 International Electric Propulsion Conference, the largest conference in the world dedicated to this technology subject (www.iepc2007.org). This will be a major showcase for the company's EP capabilities and products.