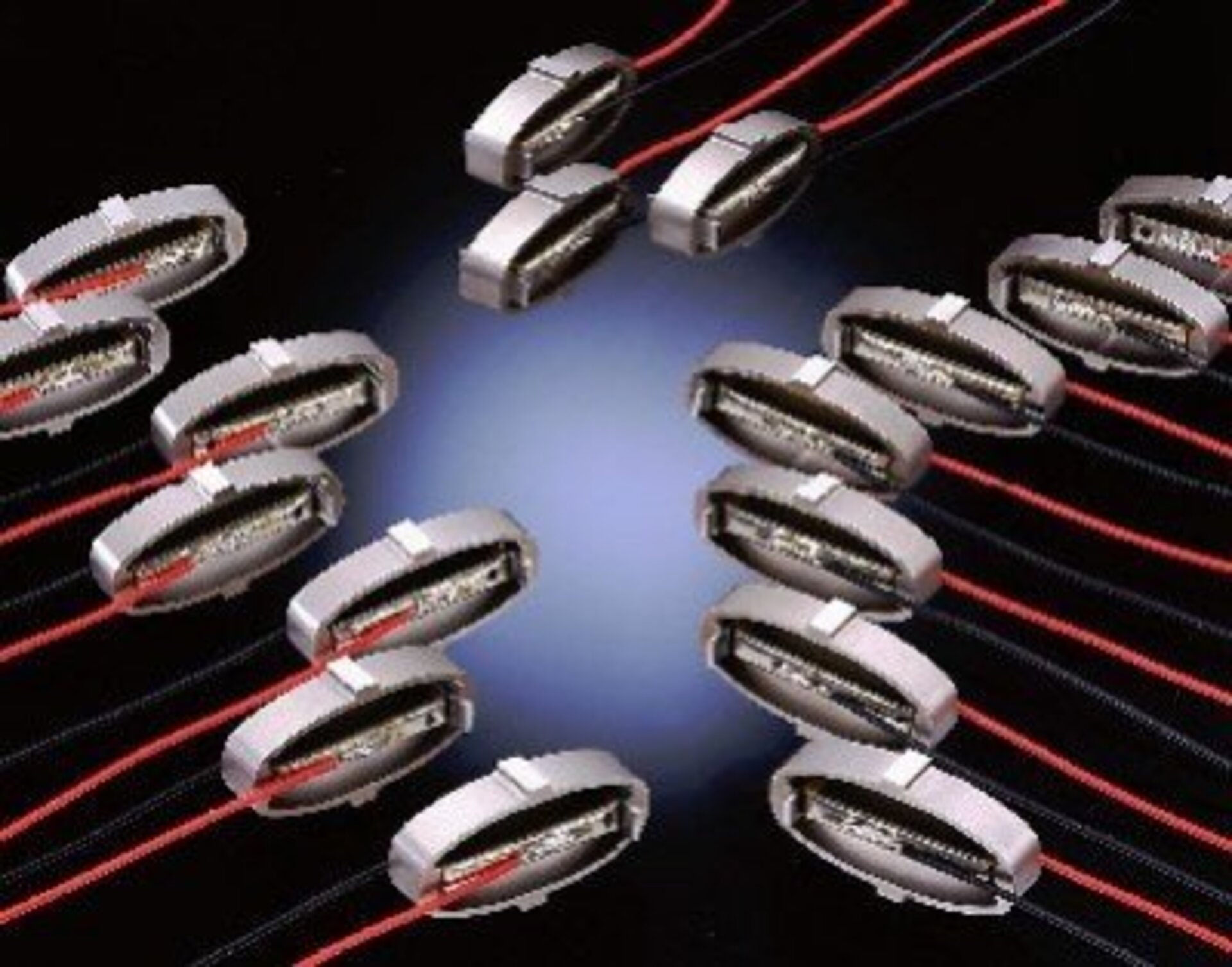 Cedrat Technologies is a high-tech French SME specialised in electrical and thermal engineering, and in innovative solutions for micro positioning and vibration damping with piezoelectric actuators.

"Our first piezo active actuators were developed for the French Space Agency (CNES), for micro-positioning and vibration damping of optics embedded on satellites. This was back in 1995, since then eight years have passed and piezo actuator technology has become our core business. Today we have a complete range of actuators and related driving electronics which are sold all over the world", says Frank Claeyssen, Technical Manager of Cedrat Technologies.

"Our smallest actuator is the APA25XS amplified piezo actuator (APA). It exhibits a 28-μm stroke with a height of only 6 mm in the direction of actuation. Our linear and rotating piezo motors offer unique solutions for micro-positioning on long-stroke of more than 100 mm, with blocking at rest in any position."

Cedrat Technologies was founded in 1977 in Meylan, France, as a spin-off company from the Polytechnic Institute of Grenoble. Today the company has 20 engineers and PhDs, and is part of the larger CEDRAT group of 70 employees. The company has been conducting research and development activities for more than 25 years and is equipped with laboratories, advanced measurement apparatus for magnetic and electro-mechanics engineering, clean rooms’ assembly and thermal-vacuum chambers.

In 2001, Cedrat Technologies reached a turnover of €1.5 million with 50% from space activity, half of which came from direct ESA contracts and the rest from space contracts, primarily for non-ESA national programmes with EADS, Sodern, BERTIN and ALCATEL. The remaining 50% turnover came from non-space business in ground telecommunications, micro-machining, laser optics and electrical machinery for companies such as New Focus, CEA LETI, Philips, KAPL, ONERA, Thales, Hutchinson, PSA, Hager, IN-LHC, Schneider Electric and Legrand.

What is a piezo actuator?

A piezo actuator is a well-established phenomenon in which a small voltage passes across a crystal such as quartz causing it to change shape that is to expand or contract. Conversely, pressure on the crystal induces a voltage that can be measured.

The piezoelectric phenomena has been known since 1880, but it is only during the past 10 to 20 years that it has been developed commercially, apart from a few earlier high volume applications such as phone-cartridges and filter elements.

Cedrat Technologies commenced operating in this field back in 1989 by carrying out research and development into piezo electric actuators. The positive results during the first years made it possible to propose the use of piezo actuators both for the French Space Agency (CNES) and ESA.

CNES funded a prototype for the development of amplified piezo actuators and linear piezo motors. ESA funded the XYZ piezo scanning mechanism for the Rosetta MIDAS (Micro-Imaging Dust Analysis System) instrument. This was followed by a technology study on rotating piezo motors for extra-planetary missions and piezo-actuated valves for propulsion sub-systems.

"With the Rosetta MIDAS project, Cedrat Technologies entered successfully into the field of space mechanisms,” says Michael Yorck of the ESTEC MIDAS team. “Their knowledge in active piezo materials was a prerequisite for developing the heart of the MIDAS dust analysing instrument, a 3-axis scanning stage with a high accuracy and resolution.”

Yorck emphasises, “it was an important step to strengthen the European know-how in space applications using piezo actuators. Based on this project Cedrat Technologies will certainly expand their piezo technology into other applications for the exploration of space".

Following MIDAS, Cedrat Technologies is receiving an increasing number of enquiries for space applications. Ronan Le Letty says, “our strategy is to use the experience gained from the MIDAS project to develop future standard piezo products.”

The SME initiative and Cedrat Technologies

Under ESA’s SME initiative Cedrat Technologies is continuing research and development on rotating piezo motors, which could lead to innovative solutions for both space and non-space systems.

“For extra-planetary missions, rotating piezo motors could be particular interesting to use, for example, in a robotic arm, thanks to their holding torque, their high precision and low mass and, if built in non-magnetic alloys, environmental disturbance could be avoided,” explains Le Letty.

Another interesting field with great potential is for propulsion subsystems in, for example, micro satellites. Valves based upon the piezo technology could present a real breakthrough specifically for propulsion systems, but also in fluidic control, due to the static proportional aperture, low power consumption and fast response. A propulsion valve built with a piezo actuator will not generate vibrations and so provides higher accuracy than conventional solenoid valves for micro-satellite formation flying.

Frank Claeyssen adds, “this would open up a whole new innovative technological field for piezo products.”

With the Belgium SME Micromega and Université Libre de Bruxelles, Cedrat Technologies demonstrated in 2001 that the piezo technology is very useful in free-floating structures to damp micro vibrations. This damping technique could also be interesting on board the International Space Station.

Today the evolution in piezo technology has resulted in a complete industrial production at Cedrat Technologies which opens up new business opportunities in many non-space fields. Injection and fluids control valves, tools positioning, active mechanical damping, optics control and electrical circuit breakers are some of the systems that could benefit from use of this new technology. A specific non-space field where the use of a piezo solution could revolutionise conventional techniques is in the flight control or shape control of helicopter blades.

ONERA, the French aerospace research centre, has developed and patented a mechanism based on amplified piezo actuators (APAs) to actuate a flap at the tip of a helicopter blade. The objective of this mechanism is to reduce the blade-vortex interaction (BVI) noise generated by the blade profile during flying. The first test results are very promising and the Cedrat Technologies’ APAs proved to be robust and well performing. Eurocopter evaluates that if BVI noise reduction is made effective, it may increase sales by 50% for metropolitan transportation in the USA.

Another specific non-space field is the transfer of the APAs built for space to the automobile industry. ESA’s Technology Transfer Programme supported Cedrat Technologies in the development of a piezoelectric injector with CR Fiat in Italy, a very interesting field with an extraordinary potential.

However many applications of piezo cannot be disclosed. “When an industry decides to choose our piezo technology, the main reason is to get a technological advantage over their competitors,” says Thomas Maillard, Cedrat Technologies engineer.

Now that the technology of piezo actuators has matured, the number of enquiries from industry is increasing daily. The objective of Cedrat Technologies is now to become a company of excellence in space electro-mechanics.

"Following the success of using our piezo electric actuators in the heart of the Rosetta mission’s MIDAS dust analysing instrument, we are now studying with ESA other innovative applications for the same technology, such as for space propulsion systems. This could open great opportunities for our 25-year-old company," says Le Letty.

“But we cannot only stay in the field of space applications. We believe that our standard piezo actuators from these space projects are today mature enough to match a variety of industrial needs such as micro machining, wire bonding, laser cutting, micro lithography, optical switch and many others,” adds Claeyssen. “That is why we are developing our commercial activity through a worldwide distribution network in the USA, Japan, Germany, Austria, Benelux, Italy, Switzerland, India, etc.”

Claeyssen added, “in addition to the piezo technology, we are enlarging our field of operation and can also propose moving coil actuators, the so-called voice coils. They can perform displacements of several millimetres up to 150-mm with high precision, down to 0.5-microns." Moving coil actuations can provide easy solutions to industrial automation.

Today 50% of Cedrat Technologies’ turnover comes from non-space contracts, but the objective is to increase this share now the technology has been matured. Le Letty emphasises “the forefront technology research with ESA will always play an important role and strengthen the competitive position in this new potential business field, in particular for a small company, an SME like Cedrat Technologies.”