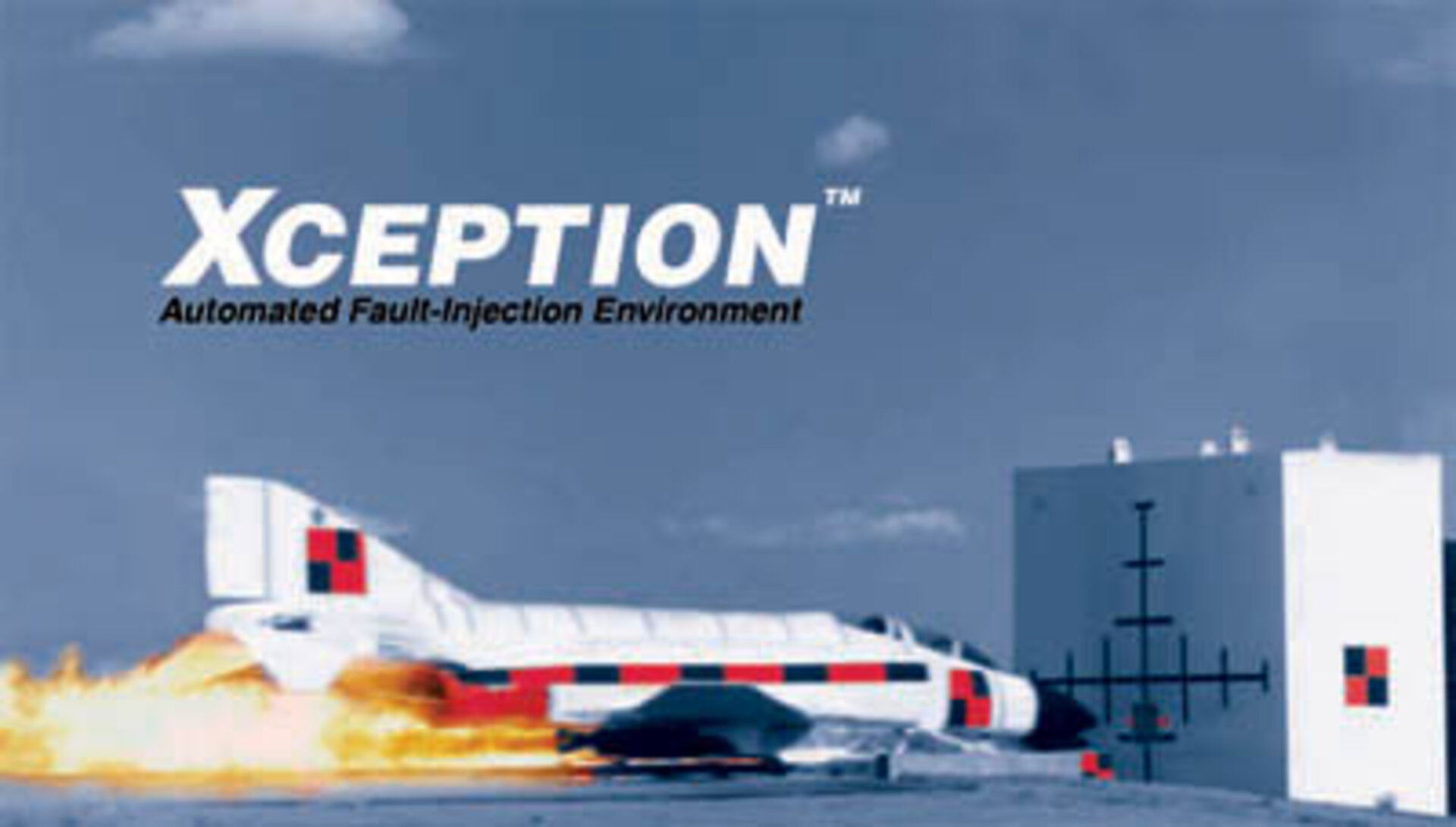 "Our special niches are software dependability and high performance computing. As a university start-up company we have a strong research background in reliability, availability, maintainability and safety (RAMS) for software and processing systems. We have researched and developed dedicated tools for advanced software verification and validation, and for distributed data processing", says João Carreira, CEO of Critical Software.

CRITICAL plans, designs and develops customized software solutions and the company has established a strong expertise in parallel data processing, fault tolerant and cluster computing systems, networking, dependability and high performance processing. "Information systems are increasingly becoming business and mission critical, and the RAMS aspects today are important to all software solutions. More than ever a business is halted if the computer system is failing. Therefore, our research into innovative technology and new methodologies guaranteeing reliable software solutions is a very high priority and has led to two commercial products Xception™ and WMPI™ ".

"Our team of engineers developed back in 1999 a new framework for advanced software verification and validation, the Xception™ tool. The concept was to 'crash-test' software by injecting artificial faults that emulates real hardware and software faults," says João Carreira. This technique can be used to validate mission-critical systems with exceptional verification and validation requirements. Space is a harsh environment and it is widely known that electronic equipment and ultimately software are subject to electromagnetic interference and cosmic rays that cause errors to occur. Xception™ can emulate similar conditions and verify that fault-tolerant mechanisms are working properly thus reducing the possibility of equipment failure while in space.

The other well-recognized commercial product on the market is CRITICAL's WMPI™, which is a middleware for cluster computing enabling portable parallel application processing.

Critical Software was founded in 1998 by a team of computer and software engineers and PhDs from the University of Coimbra specialized in fault-tolerant computing, networking and high-performance computing. Today the company has a workforce of 60, eight of which are dedicated full time to research and new product development. The company has established a subsidiary in the Unites States with offices in San José in California for sales, marketing and customer-support.

The technology that caught the attention of Jet Propulsion Laboratory (JPL) in 1999 one year after the start of the company was Xception™, the fault-injection framework for highly safety-critical systems. This gave CRITICAL the opportunity to cooperate with JPL in Pasadena.

The JPL Remote Exploration and Experimentation (REE) project objective is to take supercomputing technology to space using standard low-cost components, software fault tolerance and parallel computing. CRITICAL's Xception™ technology was selected for this project due to the innovative verification and validation methodology, and the support of testing parallel processing and cluster computing.

Start up with ESA

When Portugal became the 15th ESA Member State in 2000, Critical Software expressed interest in working with the Agency.

In November 2001 CRITICAL was awarded the PREMFIRE contract and became involved in the ESA Earth Observation framework. The main objective of this contract is to implement a demonstration system for fire risk assessment that can easily be used by the civil protection authorities or other fire prevention services in Portugal. PREMFIRE will extend the current operating system, RISE, to include wireless palmtop terminals with real or near-real time data for field staff. Traditional information such as topography, fire history and land use will be integrated with meteorological conditions and Earth observation data from the Earth observation satellites ERS, SPOT and Landsat. This will enable fire-risk maps to be created and in an emergency an alarm will automatically be sent to the appropriate local fire protection units.

CRITICAL was awarded a third contract by ESA as a result of the 'Innovation LET-SME Announcement of Opportunities' published in 2001. This new project, aimed at verifying and validating critical software, is called STADY (Applied Static and Dynamic Verification of Critical Software). It employs an innovative approach based on a specific combination of static verification and dynamic verification techniques. The Spanish company SoftWcare is a partner in the project and is responsible for the static verification, while for the dynamic verification, CRITICAL's Xception™ fault-injection tool will be made available for the dedicated radiation-tolerant processor platform to be used in the project.

The benefits of working with ESA in software engineering projects are manifold. Rui Cordeiro, Quality Manager at CRITICAL, points out that “the highly demanding software development standards and practices required by ESA is pushing the company standards to unparalleled quality levels. In fact, the competitive advantage of using very strict engineering, management and quality standards is already visible when CRITICAL competes with other companies at home or abroad”.

In line with the strategy of pushing the company's software quality standards to higher levels, CRITICAL hosted an S4S (SPICE for Space) assessment in late 2001, sponsored by ESA. The SME initiative of ESA is presently supporting the company in implementing an improvement plan aimed at increasing the maturity of the software life-cycle processes used within the company. This improvement is being conducted with the help of ESA staff and the company SynSpace AG (CH).

Telecom, networking, and the ARTES program

One turning point in the relationship with ESA took place during the Industry Space Days 2001 one year after Portugal became a Member State. This gave CRITICAL the opportunity to meet other industrial players, present the company to ESA representatives in several fields, identify upcoming tenders in core company areas, and set up partnerships with complementary European companies.

Among the opportunities spotted was the Agency's ARTES programme which includes initiatives which match the company’s strategy for telecommunications. Areas such as ’quality of service’ (QoS) over IP networks, considered promising and strategic technologies for ARTES, coincide with the research and development that CRITICAL has carried out in cooperation with several universities and research centres.

The advantages for CRITICAL of working with ESA in this field are manifold. Technologies such as QoS are not only important for ESA but also for the exploding worldwide networking market. CRITICAL believes that the notoriety, experience and intellectual property that the company will acquire through working with ESA in this field will enable CRITICAL to thrive in this highly competitive networking market.

The possibility of certifying software processes and products is currently being explored by ESA and it is believed that this may also become common practice in other fields within a few years. The pioneer work being carried out with ESA in this field will contribute to positioning the company at the forefront of the software certification business - a market expected to grow in the space sector and in areas such as aeronautics, telecommunications, automotive and medical, amongst others.

João Carreira emphasizes “the market for clusters/grid software and middleware, and optimisation in general, is expected to have a tremendous growth in the next few years. In addition to the current large pioneer projects others will follow in fields such as aeronautics, automotive and biotechnology that typically require computing intensive simulations or data processing applications. For example, with Eumetsat CRITICAL is already participating in the development of the core ground segment, a large software project in which clustering and parallel computing play an important role."

The company is also well placed in the field of dependability, including reliability, availability, maintainability and security. CRITICAL’s staff possesses strong expertise based on years of R&D. Software consultancy and development services in this field already play a significant role in the company’s business.

In the telecommunications and networking sector CRITICAL telecom division has developed several custom-built solutions for telecom operators and manufacturers worldwide, and hopes to participate in state-of-the-art technology development in ESA's ARTES projects. This should give the company a possibility to aggressively enter high-growth telecommunications areas such as 'quality of service', network security and mediation services.