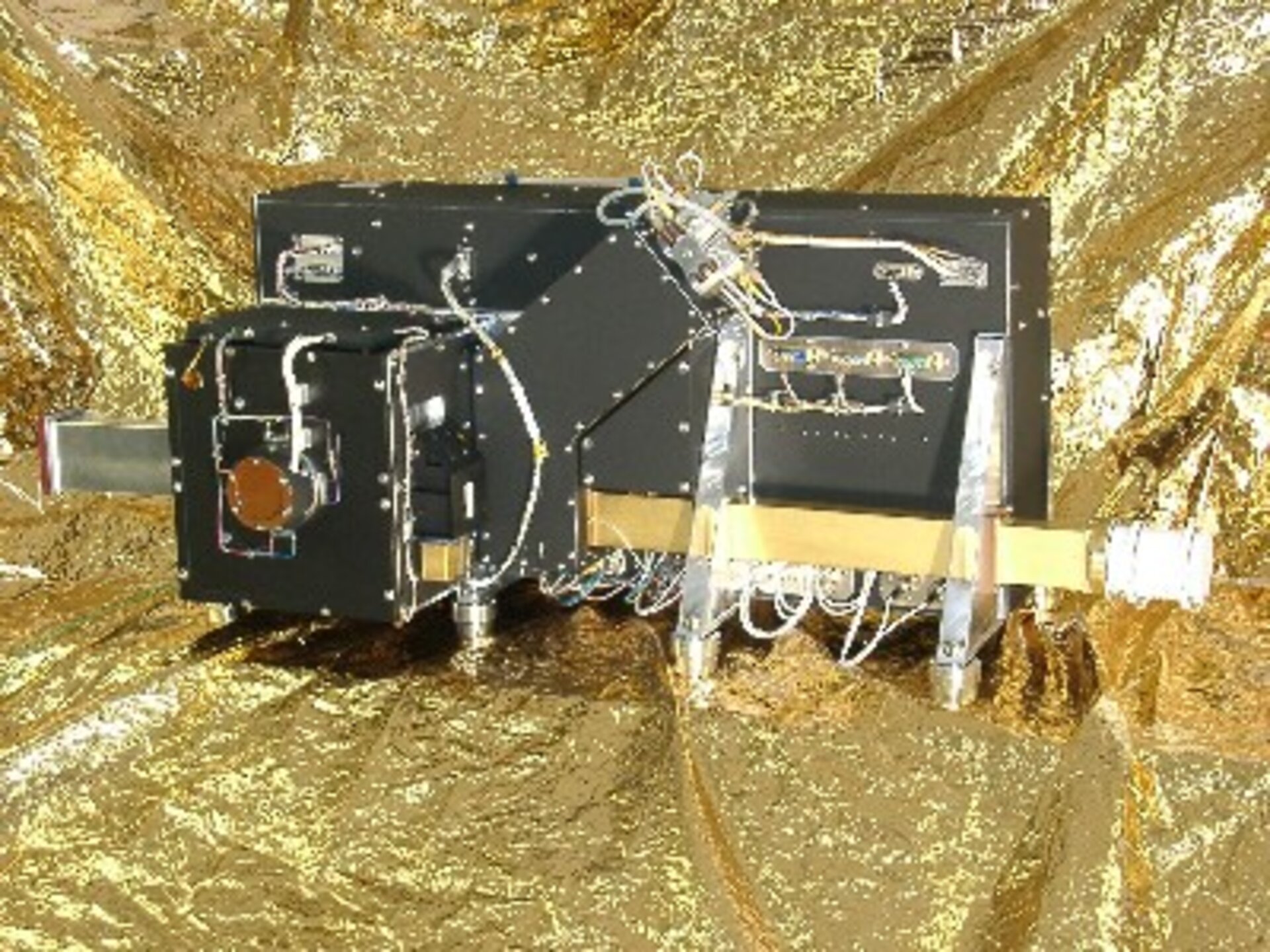 The German company von Hoerner & Sulger GmbH specialises in scientific space instrumentation. Since 1971, the company has built more than 15 flight-qualified scientific space experiments and more than 30 sounding rocket experiments. Lately they have entered a new area - mini and micro robots for planetary exploration.

"What we like about science and technology for outer space missions is the engineering challenge as the instruments required are so different from most terrestrial systems," says Hanna von Hoerner, Managing Director of von Hoerner & Sulger GmbH (vH&S).

"Extreme performance requirements, severe power and mass constraints, long mission duration combined with a harsh environment are needs we must satisfy in our projects. Often the right solution for space is only found through intensive research and use of innovative technology."

The company's team of physicists and highly skilled engineers have proved their ability to transform advanced scientific objectives posed by universities and research institutes into viable instrument specifications.

The instruments designed and manufactured by vH&S usually involve several development partners and subcontractors working together in international teams. The final step of integration and verification is done in the company's own laboratories and clean-room facilities.

First mass spectrometers to be flown in space

vH&S built the experimental PUMA-1 and PUMA-2 – the first mass spectrometers to be flown in space – back in 1981-1984 for the two Russian VeGa-1 and VeGa-2 missions to Halley’s Comet. The company also worked as a subcontractor to Dornier, now part of EADS-Astrium, on the dust mass spectrometer PIA for ESA's Giotto mission to Halley.

Their next large project was the complete ion detector system for the laser mass analyser LIMA-D, delivered in 1986 for the Russian PHOBOS mission to investigate Mars' moon Phobos. This was followed by the LASCO C1 coronograph for the ESA mission SOHO and the two cometary and interstellar dust analyser CIDA instruments for the NASA missions STARDUST and CONTOUR.

Their latest project is the COSIMA (cometary secondary ion mass analyzer) spectrometer for ESA's Rosetta mission. vH&S is also present on the Rosetta lander as they made the central electronics for SESAME, an instrument package for exploring the acoustic and electrical properties of the comet's nucleus.

vH&S is a SME (small and medium size company) founded in 1971 with the objective of creating a small innovative research and development laboratory with facilities to handle subsequent manufacturing. Located 80 km south of Frankfurt in Schwetzingen nearby Heidelberg, the company has a staff of twenty and is today well recognised for the high quality of the space instruments that it designs and produces. . It has an average yearly turnover of about €5 million.

Despite its small size it was selected by the German Space Agency in 1996 as prime contractor to build the the CIDA instrument, Germany’s scientific contribution to NASA's STARDUST mission to visit the comet Wild 2 on 2 January 2004.

"No other company was ready to take the risk of building a complex cometary ‘time-of-flight’ spectrometer within less than two years. Even NASA had their doubts as to whether we could make it in time and started to manufacture a mass dummy as a possible fall-back," says von Hoerner. "In the end CIDA was the first instrument ready for integration on the spacecraft!"

The CIDA project was a real challenge to vH&S. "The successful delivery of the first instrument aboard was a tremendous achievement," says von Hoerner. "The news soon spread and was one of the reasons for our obtaining a contract for a similar instrument from the Applied Physics Laboratory in Laurel, Maryland, for the NASA mission CONTOUR. I think by now we do have quite a reputation for extra-terrestrial missions and for meeting the severe standards they pose."

"An important help within this very tight time schedule was the technical support from ESA for the radiation hardness testing of several electronic components." Radiation is a very severe problem on the STARDUST mission due to its long duration. “The timely and fast support from ESA was a great help,” stresses von Hoerner.

The first CIDA measurements of interstellar dust particles in April 2000 presented breaking news for the composition of interstellar particles and understanding life on our planet. The size of the particles, as well as the apparent absence of any mineral constituents, surprised scientists. Only organic carbon-based molecules can reach the size measured. This discovery could mean that molecules drifting in space and coming into contact with liquid water on the young Earth could have initiated a chemical reaction that could have been the prerequisite for the origin of life - this also indicates the possibility of life on other planets.

CIDA was developed and built by vH&S under contract to the German Space Agency with Dr. Jochen Kissel from Max Planck Institute for Extraterrestrial Physics in Garching, Germany, as principal investigator. Further co-investigators came from other German institutes, the Finnish Meteorological Institute in Helsinki, Finland, and Institut d’Astrophysique Spatiale in Orsay, France.

The COSIMA project for ESA’s third cornerstone mission Rosetta is, up to now, the biggest challenge in vH&S’s long history of space instrumentation - it is a complete miniature 'space-laboratory'.

The target for the Rosetta mission was initially a rendezvous with Comet 46 P/Wirtanen, but after the launch postponement in January 2003 Rosetta is now set for Comet 67P/Churyumov-Gerasimenko. Launched on 2 March 2004 it is now on its 10-year journey to the comet and will pass by at least one asteroid.

COSIMA is a so-called SIMS instrument, a Secondary Ion Mass Spectrometer. It consists of a target manipulator with a robotic arm to collect and handle the substrates on which the cometary dust will be gathered, a small camera to locate the dust grains on the targets, a primary ion source to charge the dust particles, and a complete high-resolution time-of-flight spectrometer for negative and positive ion detection to measure the composition of the dust. More than 15 different high-precision high-voltage converters are necessary to control the flight path of the ions, which must be determined to a nanosecond accuracy.

vH&S won the contract as prime contractor primarily because of its long and successful experience in developing similar types of spectrometers. "Besides developing and manufacturing the main parts of the instrument, we had also quite an extensive management task to coordinate contributions from seven scientific institutes in four European countries," says von Hoerner.

ESTEC supported the project both during the radiation testing, and during the instrument verification and test activity. "For an SME with limited resources, ESA's support during a project of this size is priceless. They have advanced laboratories and testing facilities which a small company will never be able to afford, together with extensive expertise from their many space programmes," she emphasises.

For the past 30 years, vH&S has developed and built more than 30 rocket-borne experiments successfully flown on sounding rockets from Andøya in Norway, Kiruna in Sweden and Biscarosse in France. These experiments have been developed by universities to study the ionosphere and the upper atmosphere. Two more rocket experiments for the study of aerosols are currently under construction.

Another field in which they are active is developing mini and micro robotics for planetary exploration. vH&S is one of the first European companies to address this area together with suitable miniaturized payload instruments for in-situ measurements. The most prominent example of this technology is the 2 kg NANOKHOD micro rover, a vehicle to transport and operate up to 1 kg of scientific payload instrumentation in the vicinity of a planetary lander. Based on conceptual ideas by the Max Planck Institute in Mainz, the rover development was led by vH&S, with the support of its scientific and industrial partners. NANOKHOD has been selected as a possible candidate for ESA's cornerstone mission BepiColombo to Mercury.

Extending the company's expertise in the robotics area, vH&S has also developed a mini-rover concept, of around 10 to 20 kg, with the Swiss Federal Institute of Technology in Lausanne. This concept, called SOLERO, was based on an innovative locomotion concept with passive control stability. This makes it robust and suited for autonomous operation, characteristics particularly suited for extra-terrestrial exploration missions. vH&S was prime contractor responsible for the overall system design, development, and breadboard activities. The SOLERO activity ran under ESA's programme Leading Edge Technologies for SMEs (LET-SME) and resulted in a functional prototype rover, exclusively solar powered and able to operate in rough terrain.

Outlook for the future

vH&S is well prepared to meet the future with its world-recognised dust spectrometers for extra-terrestrial space missions, scientific instruments for sounding rockets, and mini and micro robotics for planetary exploration. New fields are emerging, mainly in the domain of specialised and miniaturised sensor systems for industrial applications.

Provided that miniaturisation and smart combination of instrument concepts can be achieved, laser-based methods such as Laser-Induced Plasma Spectrometry (LIPS) and Raman spectrometry have the potential to be the next-generation instruments for in-situ chemical and mineralogical analyses on extra-terrestrial planets or other celestial bodies. Two studies with partners from the academic world and industry have already been conducted, one of them under ESA’s LET-SME programme, and the results have stimulated great interest in the scientific community and within ESA.

"Because our operation is linked tightly to scientific space research, we depend to a great extent upon the space programmes of ESA and the German Space Agency. This can be a disadvantage in periods when space budgets are reduced," says von Hoerner, "but it is our strength that we concentrate on space research and the key to our achievements so far has been our technical excellence combined with a high degree of flexibility."

She adds, "Our hope is that ESA will increase its budget for new technology research and development, as the current budget of the Technology Research Programme is not sufficient to cover what is needed to develop the next generation of extra-terrestrial scientific instrumentation."

The company also suggests that ESA strengthens its LET-SME programme. "It is a unique and very efficient tool to develop, promote and implement innovative technologies from SMEs and research institutions with relatively low budgets. The result of the SOLERO activity is that today, we are a serious partner of EADS-Astrium and responsible for the definition of the ExoMars rover chassis."

Hanna von Hoerner concludes, "We hope, therefore, that ESA will continue supporting small companies in Europe, so SMEs will not develop into a ‘species in danger of becoming extinct’!”