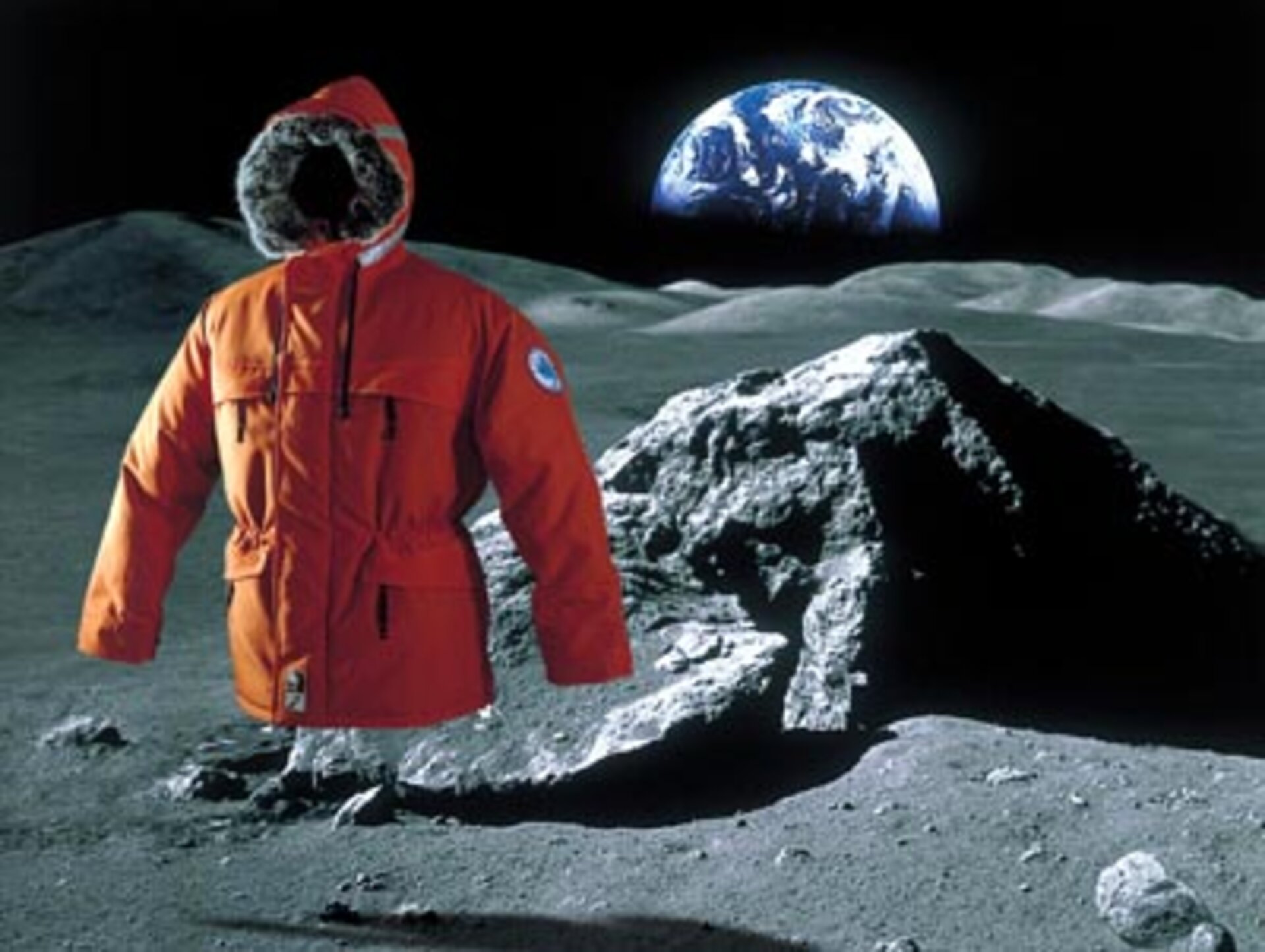 Whether you find yourself in the icy wastes of Antarctica or caught in the midst of a scorching hot fire, you could stay safe and comfortable in either extreme – provided you are dressed in the right clothes.

Technologies first developed to protect astronauts and satellites against the extreme conditions found in space are increasingly of use in the design and manufacture of everyday clothing. Textile spin-offs from the space industry will be highlighted by the ESA Technology Transfer Programme (TTP) at this year's Techtextil international trade fair to be held in Frankfurt from 8 to 10 April.

Assisted by ESA, Italian company Corpo Nove has manufactured a lightweight jacket called 'Absolute Zero' that keeps its wearer comfortably warm at up to minus 50°C. The jacket has been successfully tested during Antarctic expeditions; it relies on a three-mm thick layer of a super-insulating material called Aerogel.

Sometimes called 'frozen smoke' this translucent silica-based substance is 98% air and was used to insulate the 1997 Mars Pathfinder lander from the ultra-low temperatures of the Martian night.

At the other extreme, thermally regulated 'cool suit' overalls, worn by McLaren racing mechanics, keep the wearer safe against fire as well as maintaining a comfortable working temperature in extremely hot conditions.

Spacewalking astronauts require complex thermal control systems in their suits because of the large temperature differential between light and shadow in the vacuum of space.

Another contributor to ESA's spacesuit design is Spanish company Zodiac. It has its own battery-powered 'cool suit' undergarment, currently being considered by the London police force to be worn beneath heavy bulletproof vests. Other jackets have been designed by Corpo Nove, aimed at ordinary urban dwellers wishing to keep their fashionable cool.

Space-derived technology can guard against more than just temperature extremes: ESA is working with one shoe manufacturer on a sole which changes its stiffness depending on the type of ground it encounters, dampening impacts received by the wearer's foot.

The sole works using a new class of smart material called magneto-rheological (MR) fluids. Intensively studied in orbit for their vibration-dampening potential, MR fluids can be switched from solid to liquid and back again, through the application of a magnetic field.

A prototype shoe has been developed which has MR fluids in compartments inside its sole in conjunction with an adjustable magnetic field so the stiffness can be manipulated to match the roughness of the ground underfoot.

Other space industry spin-offs featured at Techtextil include 'Mamagoose' pyjamas for sleeping infants. These pyjamas are embedded with five control-unit-linked sensors that monitor an infant's sleep for symptoms of Sudden Infant Death Syndrome.

The work of a Belgian company and the University of Brussels, the Mamagoose design was inspired by undersuits worn by astronauts in orbit to observe their vital signs.

Come to Frankfurt to visit us

Techtextil international trade fair is Europe's leading exhibition of high-tech textiles. ESA, in cooperation with D’Appolonia, will be presenting the latest spin-offs from 'space' at hall 4, ground floor, stand F63.