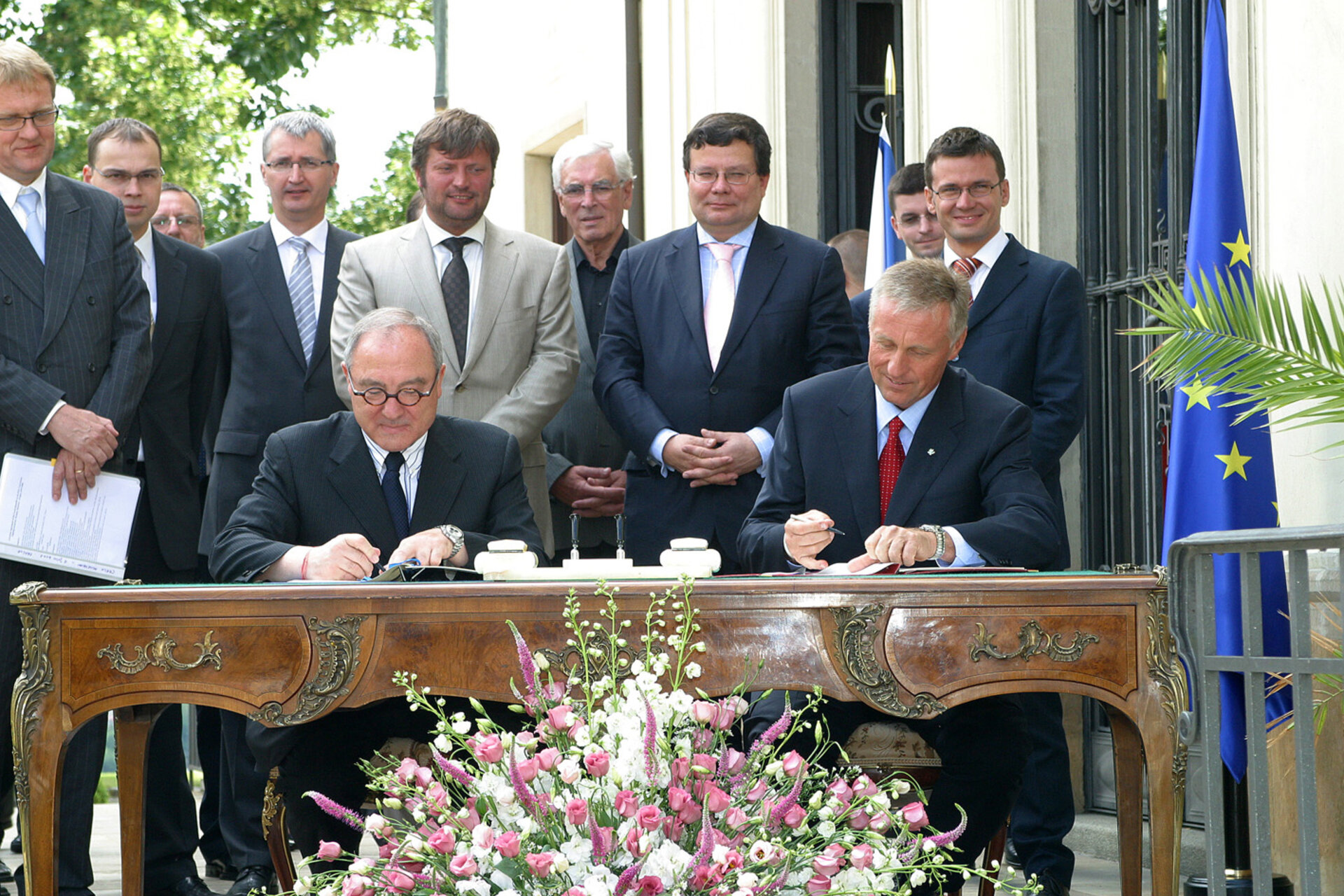 ESA PR 32-2008. The Agreement on the Czech Republic’s accession to the ESA Convention was signed on 8 July in Prague, by Jean-Jacques Dordain, Director General of ESA, and Mirek Topolánek, Prime Minister of the Czech Republic.

The Czech Republic already has a strong tradition of space exploration. For example, Vladimir Remek of Czechoslovakia became the first European astronaut when he went into space in 1978.

Since the early 1990s, ESA has negotiated and concluded framework cooperation agreements with a number of central and eastern European countries. The Czech Republic signed such a Cooperation Agreement with ESA in 1996, requesting more specific collaboration.

In response, the ESA Council created the status of 'European Cooperating State' in March 2001. The ECS was a new status granted to European Union Member States wishing to accede to the ESA Convention. ESA concluded an ECS Agreement with the Czech Republic in November 2003; it entered into force with the signing of the PECS (Plan for European Cooperating States) Charter in November 2004.

During the first four-year period, the overall contribution to the PECS by the Czech Republic amounted to approximately €12 million. This Czech contribution goes towards projects that come under various ESA programmes: 50% on space science, 25% on space technology, 22% on Earth observation and 3% on navigation.

The Czech Republic is now embarking on the ratification procedure that will make it a formal ESA Member State by the end of the year.

With the accession of the Czech Republic, ESA and its Member States are together extending the boundaries of space even further to take in new countries and new ambitions. Such ambitions are firmly rooted in forty years of success in space, thanks in particular to the continuous investment by ESA Member States and to the increasing cooperation between the European Community and ESA. The consensus reached by 29 European countries in support of the European Space Policy adopted in May last year also demonstrates that Europe and its citizens are prepared to play a stronger role in space.