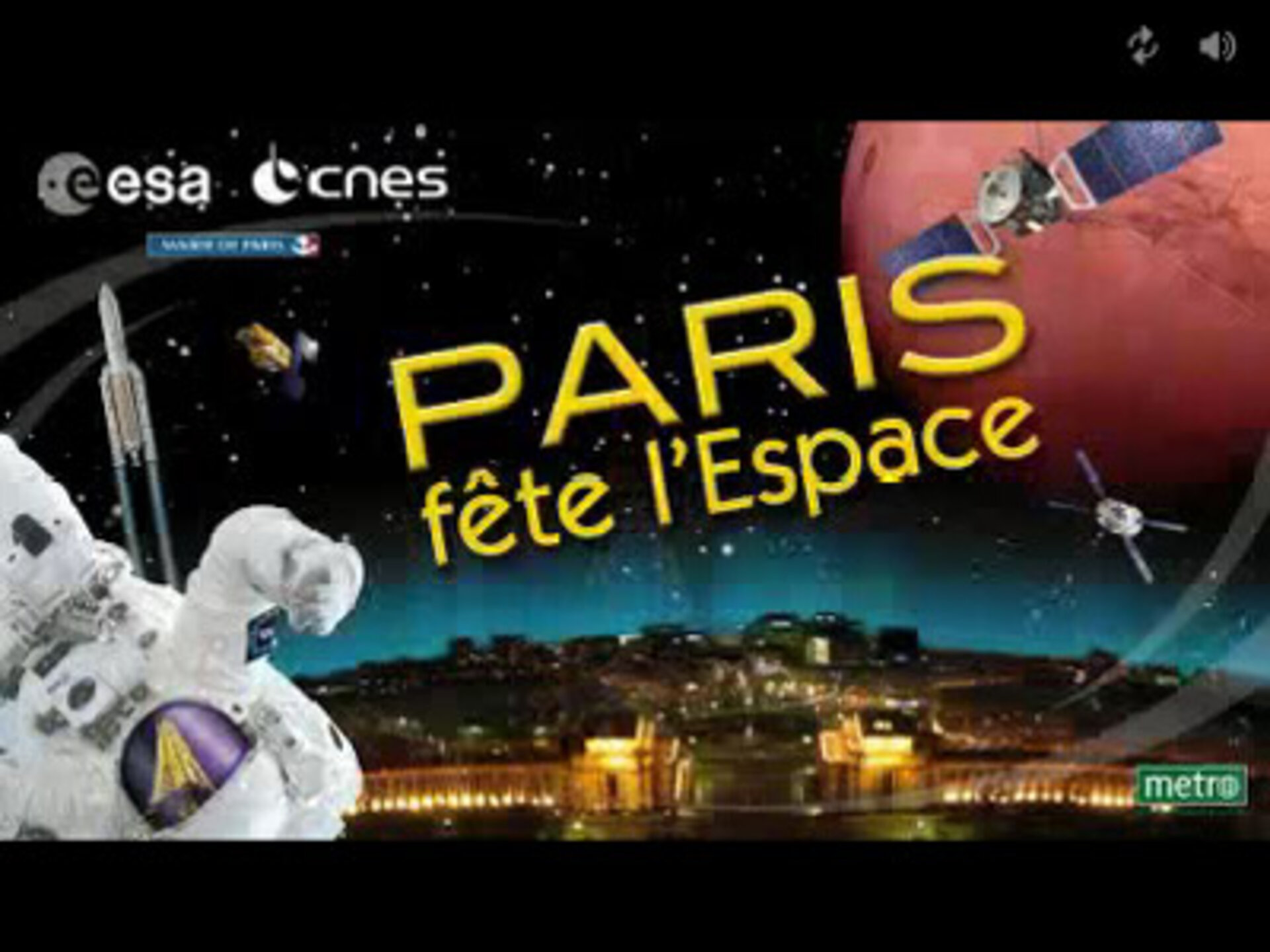 ...3, 2, 1... Liftoff! On Friday, 15 June, join a voyage to space at the Place de Trocadéro in a 90-minute 4-D multimedia space show that will captivate the whole family. The free event begins at 21:30 and is sponsored by ESA and France’s Centre National d’Etudes Spatiales.

Co-hosted by TV personality Jérôme Bonaldi and French ESA astronaut Jean-François Clervoy, the "Paris fête l'Espace" sound-and-light show is a virtual deep-space voyage to explore alien worlds and our own pale, blue planet Earth in company of some of the most experienced ESA astronauts and European space scientists and engineers.

How do you become an astronaut? What would happen if we had no satellites? Is there life elsewhere in the Universe? How does climate change threaten current and future generations?

After inquiring into these and other provocative questions, voyagers will be rocketed virtually through space and our Solar System joining 14-year-old Sophie, an astronaut of the future, for a 30-minute flight, starting from Europe’s Spaceport in Kourou and travelling to Saturn, Mars and the Sun, later arriving at the International Space Station orbiting 400 kilometres above Earth.

Space 'made in Europe'

Breathtaking images delivered by European missions including Cassini-Huygens, Mars Express and Envisat will be projected on a giant, 350-square-metre screen. Discover magnificent views of Saturn and its enigmatic moon, Titan, and see dramatic landscapes of Mars' red surface.

Finally, join European astronauts onboard the ISS to learn about human spaceflight and see the Earth from above in the latest pictures gathered during recent missions to the station.

This not-to-be-missed event showcases and highlights 'space made in Europe' and includes a unique laser show, spectacular special effects, and never-before-seen 3-D footage of the cosmos. The space show promises 90 minutes of incredible science that will inform, entertain and astound space voyagers of all ages.

"Paris fête l'Espace" is co-produced by ESA and CNES, with support from the City of Paris.