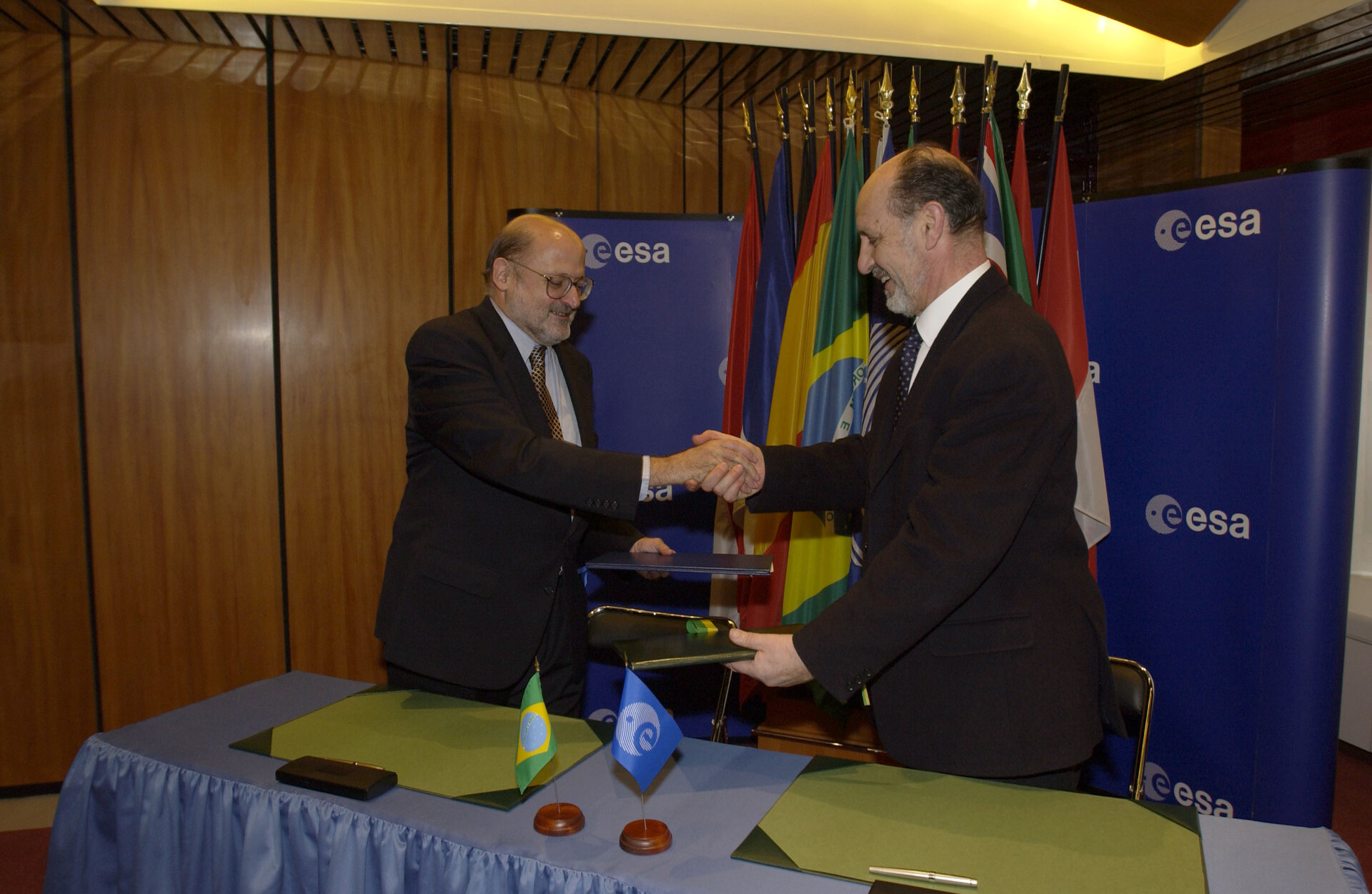 The year has got off to a busy start in terms of international relations, with a number of key cooperative agreements being signed in January and February, with Brazil, India and Poland.

On 1 February a Framework Cooperation Agreement between ESA and Brazil was signed at ESA Headquarters in Paris, by the Brazilian Minister of Science and Technology, Mr. Ronaldo Sardenberg , and ESA's Director General Mr. Rodotà, in the presence of the President of the Brazilian Space Agency (AEB), Dr. Mucio Roberto Dias.

This agreement will allow ESA and Brazil to extend their cooperation in the fields of space science, Earth observation, telecommunications, experiments in microgravity, space systems and life science. The cooperation shall also extend to the exchange of experts to participate in studies; the holding of joint conferences and symposiums; the award of fellowships to enable nominees of either Party to undertake training or other scientific or technical activities at the institutions proposed by the awarding party. A mission of ESA experts to local scientific/technical installations and industries will take place in the near future, in order to define areas of cooperation.

On 24 January in Warsaw, in presence of the Polish deputy Prime Minister Mr Pol, Mr Rodotà renewed the ESA - Poland Agreement, together with the Polish Minister of Science Professor Kleiber. This agreement reinforces the existing relations between Poland and ESA. Mr Rodotà also met with Mr Truszynski, Principal Negotiator with the European Union. Mr Truszynski talked to Mr Rodotà about the European integration process as seen from Poland. Mr Rodotà in turn introduced the ESA/EC European Space Strategy, stressing the need to work in close relation with the applicant countries.

Earlier in January in Bangalore, the ESA - ISRO framework agreement was renewed, signed by Mr Poncelet, Director of Strategy and External Relations, ande Mr K. Kasturirangan, Chairman of the Indian Space Research Organisation. The renewal of this agreement will permit the two sides to explore possible areas of joint cooperation. Together they will look into cooperation in the fields of radio navigation, Earth observation and space science. A meeting will be organised in the near future for experts from both organisation to discuss the details.