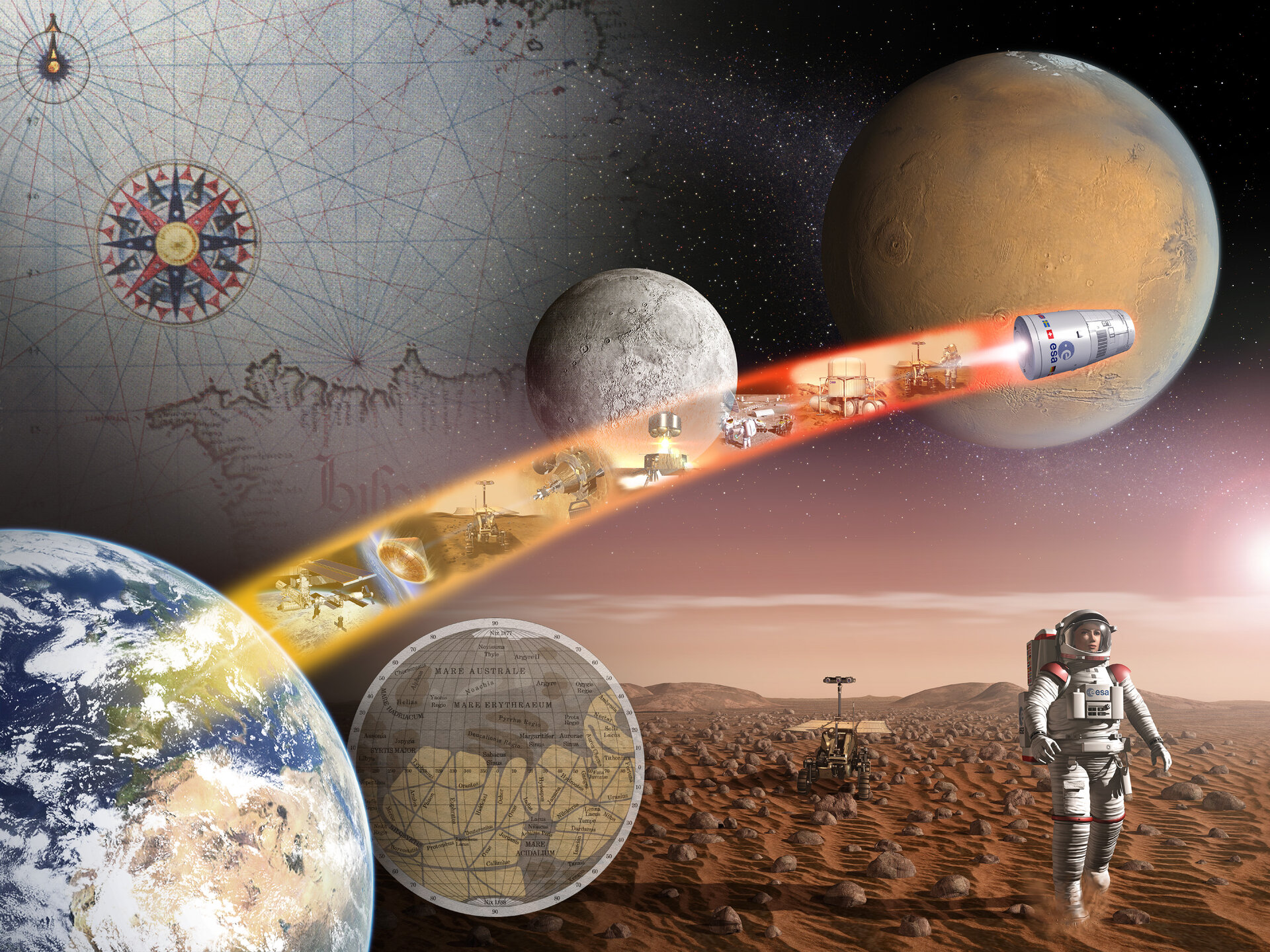 ESA PR 48-2006. On 8 and 9 January, in the historic city of Edinburgh, ESA and BNSC are to hold a workshop to kick off the first in a series of consultations with key stakeholders.

The aim is to define European long-term strategy for space exploration and set the scene for the decisions to be taken at the ESA Council meeting at ministerial level scheduled for 2008.

ESA has been working on the Aurora programme as a framework for space exploration for several years, and aims to make space exploration a global and societal project. It would be global insofar as it would rally, in a coordinated manner, as many nations as possible behind space exploration goals and objectives whose value and benefits would be there for the whole of humankind.

It would be societal in that the European drivers and priorities would be defined following consultation with, and the commitment of, four stakeholder communities: scientific; political and institutional; industrial and innovation-related; and the general public and youth.

Representatives of these four groups, from all around Europe and worldwide, will gather in Edinburgh. They will be given a presentation of the current and future ESA plans and discuss a compelling rationale for Europe to play a significant role in the global space exploration endeavour.

Further to NASA's unveiling of its lunar exploration architecture on 4 December, ESA will define a broader scenario that will include the Moon as an important exploration target and an unavoidable stepping-stone for the human exploration of further destinations.

European space exploration architectures will be derived from these scenarios, taking into account the industrial, scientific and societal interests expressed by the stakeholders in consultations like the one in Edinburgh. Based on these architectures and driven by the main European priorities, ESA will be participating with other international partners in this decades-long undertaking of robotic and human exploration of the Solar System.

The following day, the outcome of the ESA/BNSC European Exploration Workshop will be debated in a press conference starting at 11:30 a.m. at the Franklin Theatre (76 Portland Place, London, UK). There, the results of the workshop and, in particular, the European priorities and drivers, will be presented by leading figures of the scientific, political and institutional, and industrial and innovation scene.

Media representatives wishing to attend this press conference are kindly asked to fill in the attached accreditation form and return it by fax to the ESA Media Relations Office (FAO Anne-Marie Rémondin) by Friday, 5 January 2007.