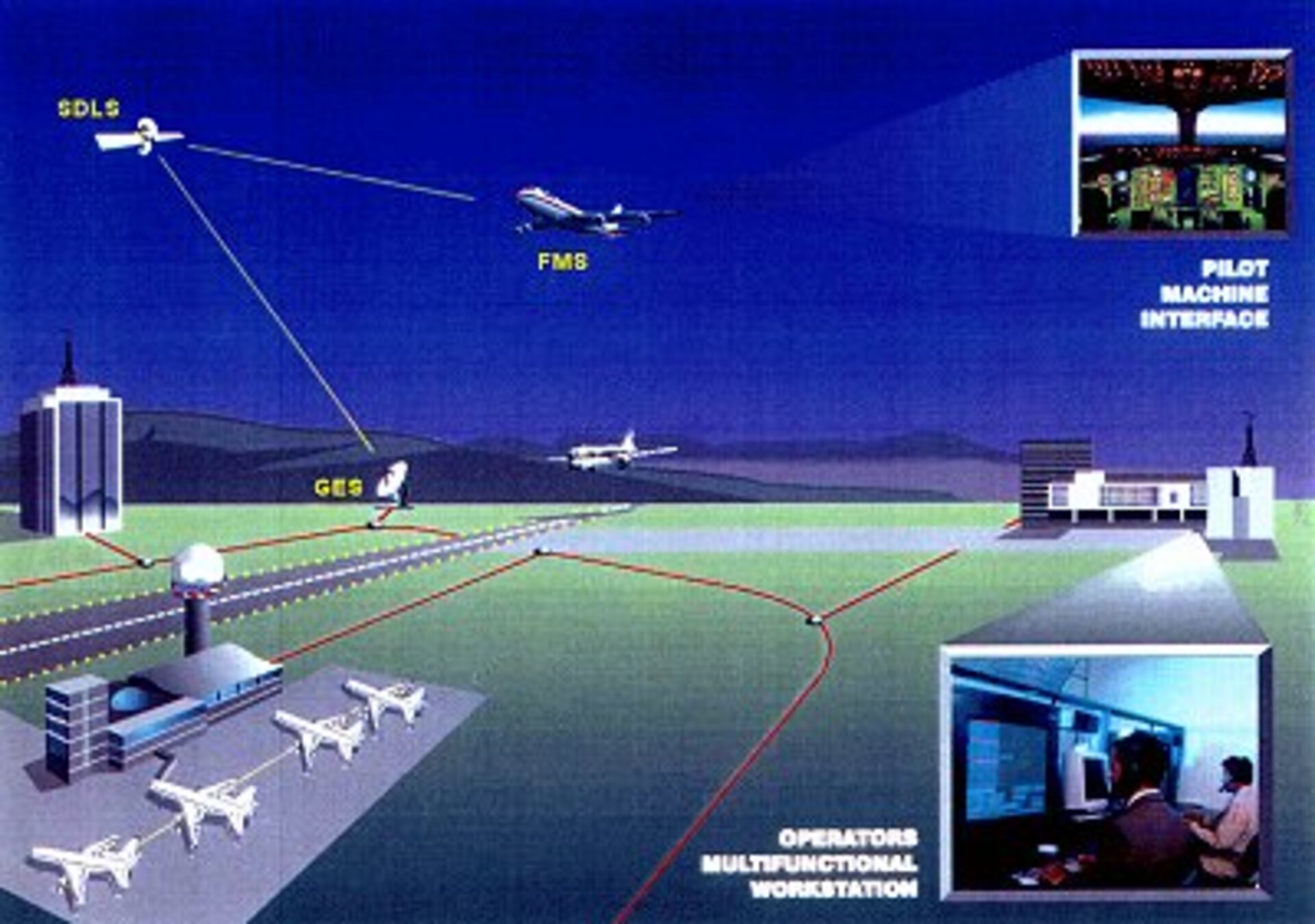 The European Space Agency and a consortium of European companies led by Alcatel of France are embarking on a satellite project worth 4.5 million Euro that will help bring advanced safety communications to our congested skies.

The Satellite Data Link System (SDLS) is a satellite-based radio communication system, which under feasibility studies operating since 1994, has proved itself as a reliable and viable complement to existing terrestrial systems. It is now under further development with practical demonstrations planned for the second half of 2002.

The rapid increase of air traffic over the last ten years has highlighted the need for improved communications and put 'safety critical' procedures at the top of the agenda. The new system, which can use both data and voice transmission, and links cockpit crews in the air and Air Traffic Management (ATM) on the ground, is dedicated to safer air/ground communications.

To meet the future capacity for both air/ground data and voice communication in high-density airspace, such as Western Europe, measures are already being implemented to increase the capacity of the terrestrial VHF systems. However, with high growth forecasts in already dense areas of traffic, these measures alone will not be sufficient.

"The development of a communications system using satellite technology is a very attractive proposition since it also provides a service in areas where terrestrial systems cannot be deployed," said ESA's SDLS Project Manager, Claude Loisy.

"Alongside emerging satellite navigation systems, SDLS will contribute to much better accuracy in aircraft position monitoring, allowing greater numbers of aircraft to safely occupy a given segment of airspace at any one time," he added.

The first demonstration phase will be performed with prototype aircraft equipment located on the ground. During a second phase - already in the planning stage - the demonstration will be extended to airborne traffic, including commercial airliners.

The existing Aeronautical Mobile Satellite System (AMSS) is rarely used for communications related to Air Traffic Management and only in oceanic airspace.

"With this new system we want to prove that a 'second generation' satellite system can meet the stringent requirements of the ATM's 'safety of life critical functions'," said Claude Loisy.

To be successful, the proposed system will also have to meet the rigorous specifications of the ICAO on safety as well as being affordable to the air transport industry.