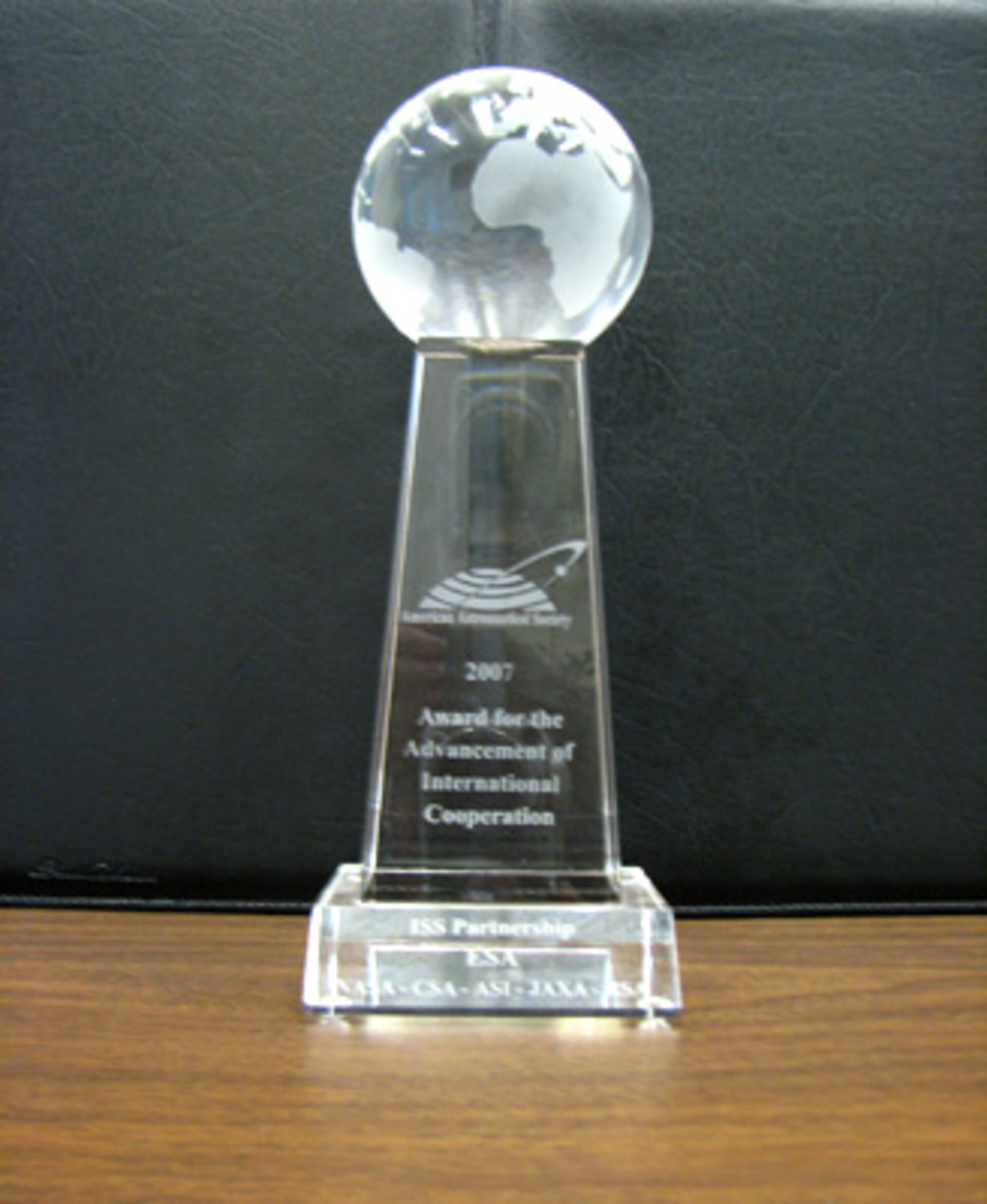 ESA and its ISS partners have just been given the Advancement of International Cooperation Award in recognition of the significant contribution made by the ISS.

The award, which acknowledges the work done by ESA and its ISS partners to advance international cooperation since the ISS partnership began, was given at the 2007 National Conference of the American Astronautical Society (AAS), held on 13-14 November in Houston, Texas.

Formed in 1954, the AAS is an independent scientific and technical society exclusively dedicated to the advancement of space science and exploration. The AAS awards recognise outstanding contributions in spaceflight and space exploration and include areas such as flight testing, space science and technology, commercial utilisation of space technology, spaceflight safety, spaceflight mechanics and astrodynamics, and extravehicular protection in space.

The awards also recognise public leadership in promoting the space programmes and policies of the US, the development of space systems for US defence and international cooperation, and books that further public understanding of the impact of astronautics upon society.

This year’s annual AAS Conference was entitled: "Celebrating fifty years - but what’s next?" The conference focused mainly on the future of space exploration and viewed programmes through a rapidly changing, technology-driven perspective.