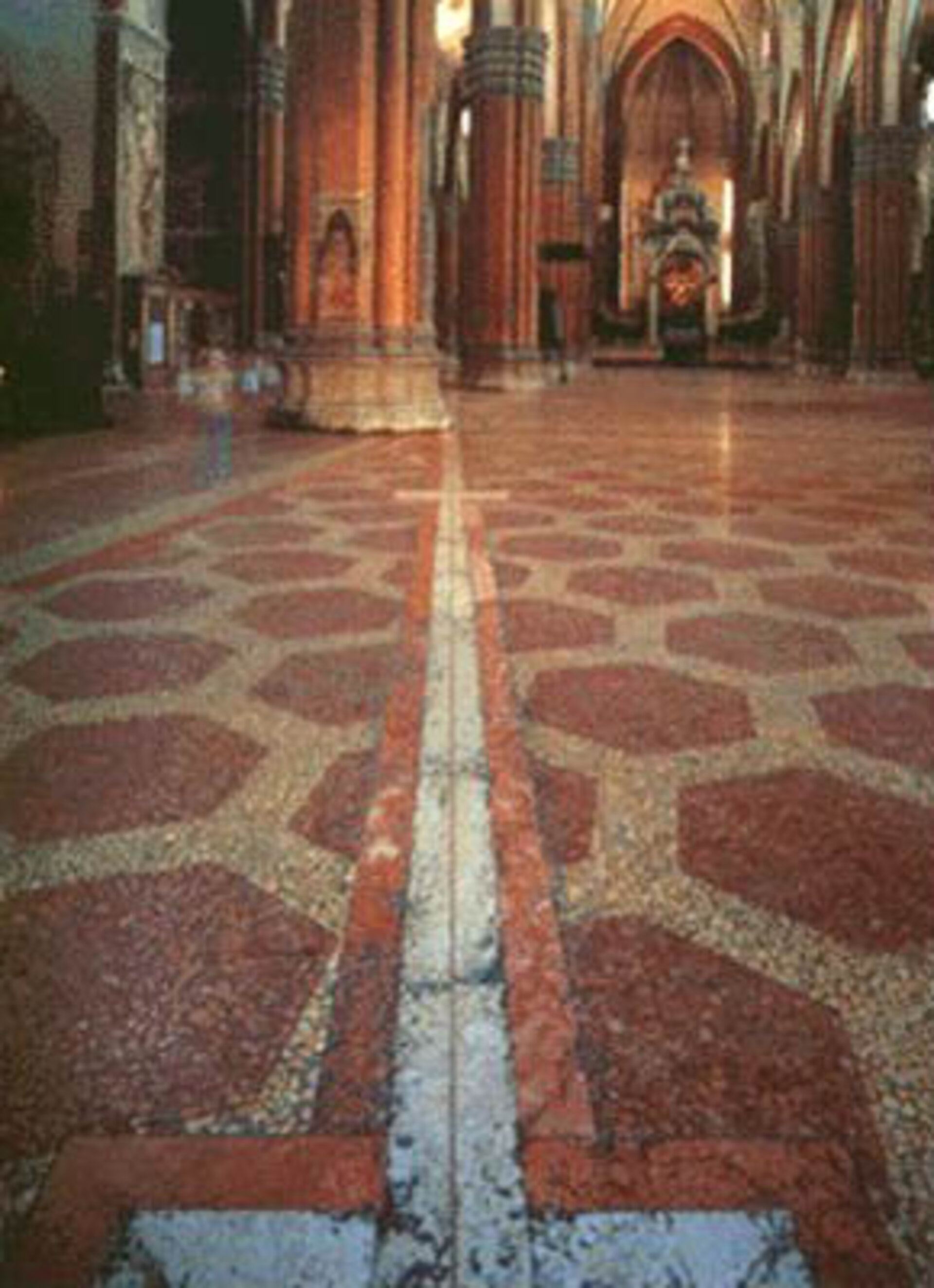 How do they know it’s Easter? Ever wondered how the exact dates of the Easter break are chosen? Easter Sunday can fall anytime between 22 March and 25 April and, thanks to European observations of the Sun that go back many centuries, the exact date can be predicted as far ahead as 4099 AD.

Back in 325 AD, it was declared that Easter should be celebrated on the first Sunday after the first full Moon following the vernal equinox (the Spring day in the northern hemisphere when the hours of daylight and darkness are equal). Over the next few centuries, theologians and scientists struggled with the problem of calculating these vital dates years in advance. Although they often studied the skies in some detail to help them work out future calendars, this was particularly difficult when working on the premise that the Sun moved around the Earth. Then, in 1651, Giovanni Cassini installed a pinhole camera in the roof of the San Petronio cathedral in Bologna in Italy.

Previous studies of the movement of the Sun indicated the urgent need for calendar reform in the sixteenth century and the introduction of the new Gregorian calendar, that is still in use today. But it was Cassini who installed the most accurate observatory at San Petronio, and made ample use of it to monitor the accuracy of the new calendar. Cassini’s observations allowed exact calculations of future equinoxes on the Gregorian calendar to be made in advance, thus helping to solve the ‘When’s Easter?’ problem.

Cassini also used his observations of the Sun’s image projected on to the cathedral floor to try to confirm the theories of Johannes Kepler, the German astronomer who proposed in 1609 that the planets moved in elliptical orbits. By watching the Sun’s projected disc on the cathedral floor shrink and expand as it travelled across the stone, Cassini was able to deduce that the distance between the Sun and Earth did not remain the same, proving that a circular orbit was out of the question. After much trial and error, and thousands of observations, Cassini was able to prove that Kepler’s theories were correct and became the first person to make a reasonably accurate calculation of the distance between the Sun and the Earth. This essentially demolished what was left of classical cosmology, opening the way for modern celestial mechanics.

The exact movement of the bodies in the Solar System has fascinated European scientists for centuries. Cassini and Kepler were building on a European astronomical tradition, and their theories were preceded by those of Nicolaus Copernicus, who upset everybody in 1543 when he placed the Sun near the centre of the Universe, with planets in orbit around it.

For example, in about 1000 days time, ESA’s Huygens probe will be released onto Saturn’s Moon, Titan. Huygens is currently travelling to its destination aboard NASA’s Cassini spacecraft. In order to get there quickly, the spacecraft has employed a concept called ‘gravity assists’, in other words it uses the gravity of other planets, namely Venus, Earth and Jupiter, in order to bend its trajectory and boost its speed as it flies by these bodies.

Before the idea of gravity assists was proposed in the early 1960s, it would have taken decades to get to Saturn. Using gravity assists, Cassini-Huygens only needed enough energy to get to Venus. After that, the ‘gravitational slingshots’ are all that is required, and the journey will instead take around seven years. Naturally, such a complex trajectory is only made possible using the most precise orbital mechanics.

The tools used may have changed, and accuracy improved beyond measure, but the urgent desire of European astronomers to predict accurately the movements of celestial bodies has altered little since the days when Cassini sat on a cold stone floor watching sunbeams.