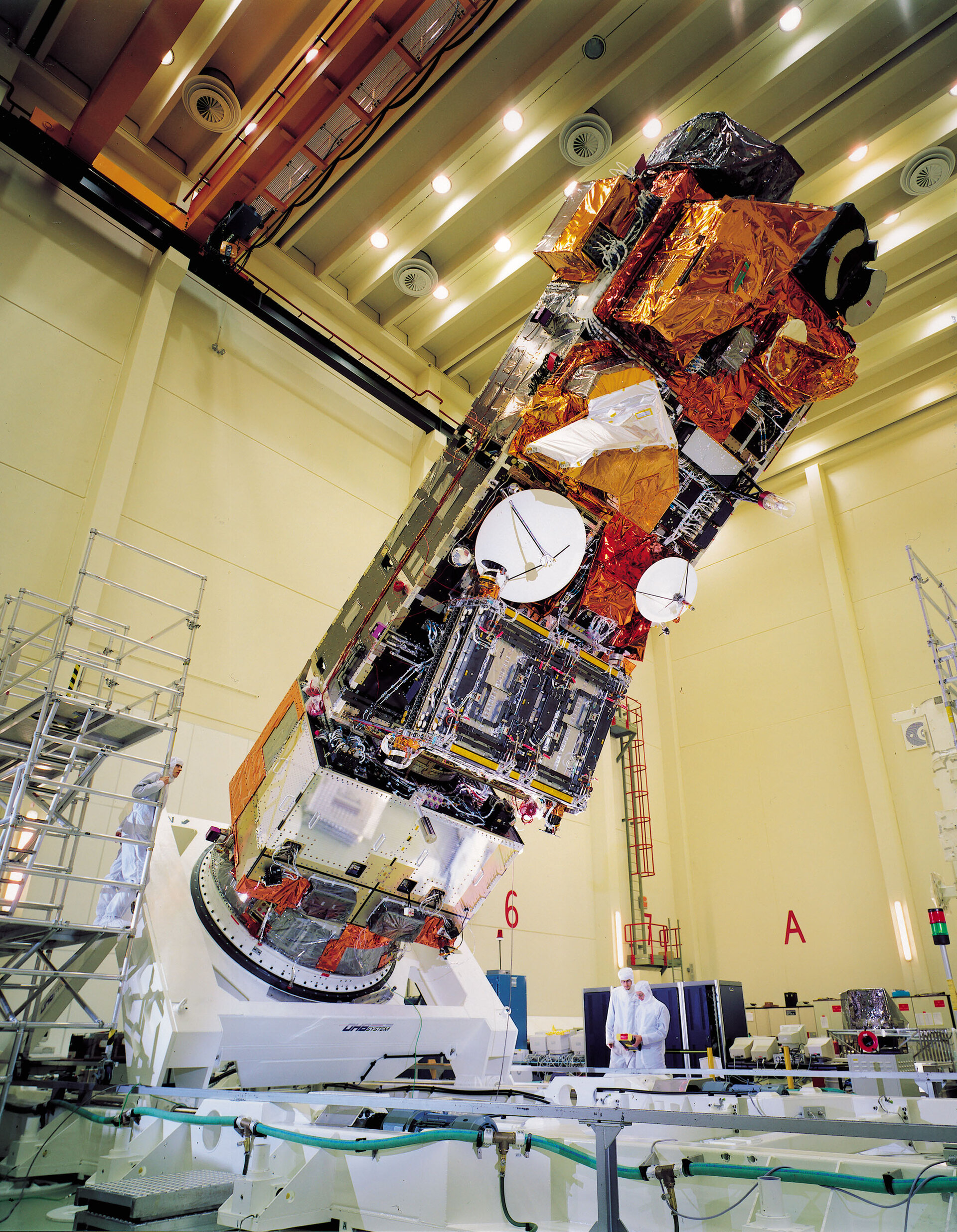 ESA Press Release N° 06-2001
Envisat, the largest and the most sophisticated European-built Earth observation satellite ever, will complete its final test sequences over the coming weeks at the ESA Test Centre in Noordwijk, the Netherlands, before being shipped to Kourou for launch.

The last opportunity for the media to take a look at the impressive ten metre-tall giant will be on Thursday 1 February at ESA's ESTEC establishment. All ten instruments have been installed on the spacecraft and the large Advanced Synthetic Aperture Radar antenna deployed. With the exception of the solar array, Envisat is now in its actual in-flight configuration.

In the morning of 1 February, leading international scientists, top managers from the Astrium industrial consortium and the ESA project team will give comprehensive background briefings on the various mission objectives of this unique spacecraft observing Planet Earth, its sophisticated instruments and the work scheduled between now and the start of its operational life in polar orbit.

Specialists will be available for interviews in various languages.

After final testing, Envisat will leave ESTEC in April for a three-month launch campaign at Europe’s spaceport in French Guiana. The night launch on an Ariane 5 is planned in the second half of July. Envisat is designed to provide five years of in-orbit operations.