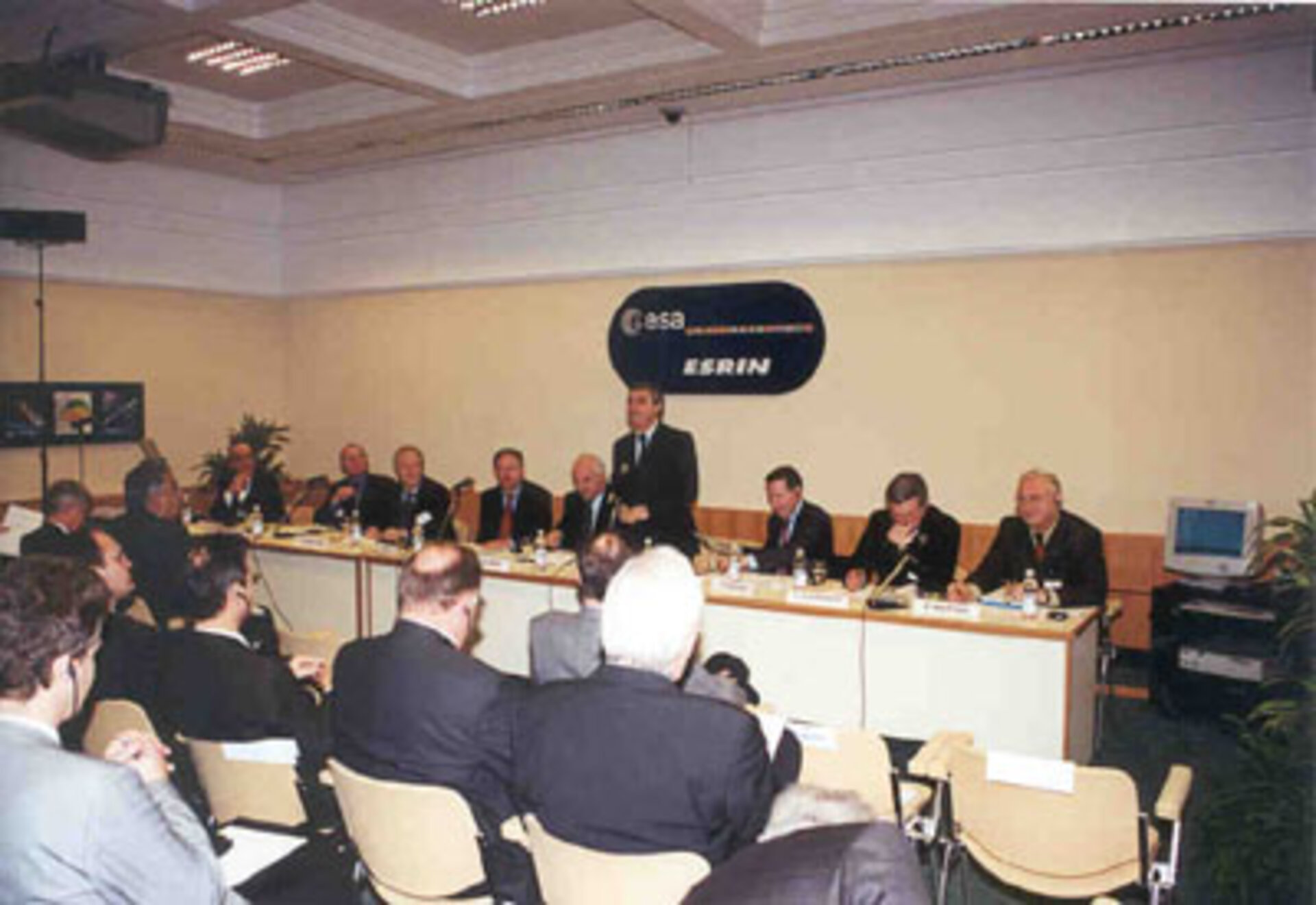 Parliamentary Space Groups from Belgium, France, Germany, Spain and Italy met recently at ESRIN to take part in the conference Europe Enlarges its Space. The conference was organised by the Italian Parliamentary Group, in the framework of the European Inter-parliamentary Conference on Space (CIEE), with the support of the Italian Space Agency and ESA.

Representatives of space agencies and the space industry also attended the conference where issues such as European space research activities and space programmes were discussed in round-table debates.

The conference ended with a declaration which, among other issues, drew the attention of the European Union and the European Parliament to the need to:

This conference marked the end of the Italian chairmanship of the CIEE, which now passes to Belgium.

The full text of the Final Document of the Conference is given in the right-hand link.