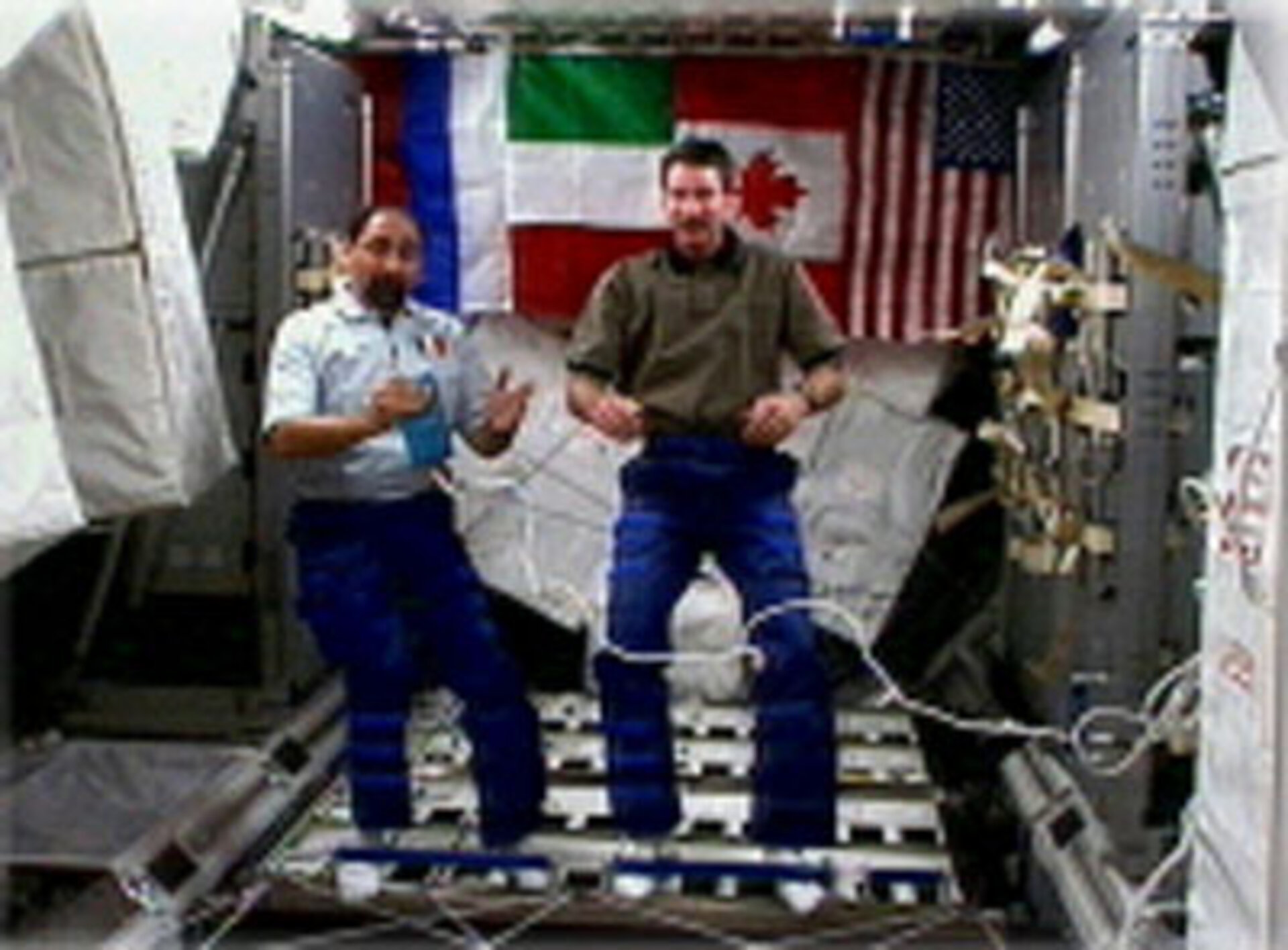 In a seven-minute audio-video link between the International Space Station and the EC’s Europe by Satellites (EbS) studios in Brussels, Mr Prodi and Mr Rodotà talked with Umberto Guidoni about his experience during this exciting space mission.

This event was preceded by a morning press briefing by Commissioner Philippe Busquin and ESA’s Director General on the joint Space Strategy for Europe and the role of Europe in the International Space Station.

On 19 April 2001 Europe sent its first astronaut to the International Space Station when Space Shuttle Endeavour and its seven-strong crew lifted off from Kennedy Space Center at 14:41 local time (20:41 Central European Summer Time). Italian ESA astronaut, Umberto Guidoni (46) and his six colleagues started out on a two-day journey before docking with the Station on 21 April.

The 11-day STS-100 mission is the ninth Shuttle visit to the International Space Station and will involve at least two space walks. The main payloads are the Italian-built Raffaello multi-purpose pressurised logistics module (MPLM) and Canada's giant robotic arm. Both are crucial elements in the ongoing construction of the Space Station and the initiation of scientific experimental work. A UHF antenna, for in-orbit communications during space walks, is also on board.

The MPLM is a pressurised module with a sophisticated internal life support system, allowing astronauts to work inside it and unload equipment while berthed at the Station. It is the only module capable of delivering the special racked experiments prepared for the Station's laboratories. In addition, it will serve as a 'removal van', carrying other equipment and supplies to and from the Station. At the end of the mission the MPLM will be reloaded with unwanted cargo and waste to be returned to Earth.

The mission will be a milestone in the development of the Space Station, marking the start of scientific activity. Previous missions have involved taking up components and materials for use in construction.

The International Space Station, the biggest habitable structure ever built in space, is being constructed jointly by the world's major space powers: the United States, Europe (represented by the European Space Agency), Russia, Canada and Japan. It will eventually house a unique research facility in space, generating scientific information and technology that will improve he lives of future generations. It will also provide unique opportunities for industrial and commercial applications.