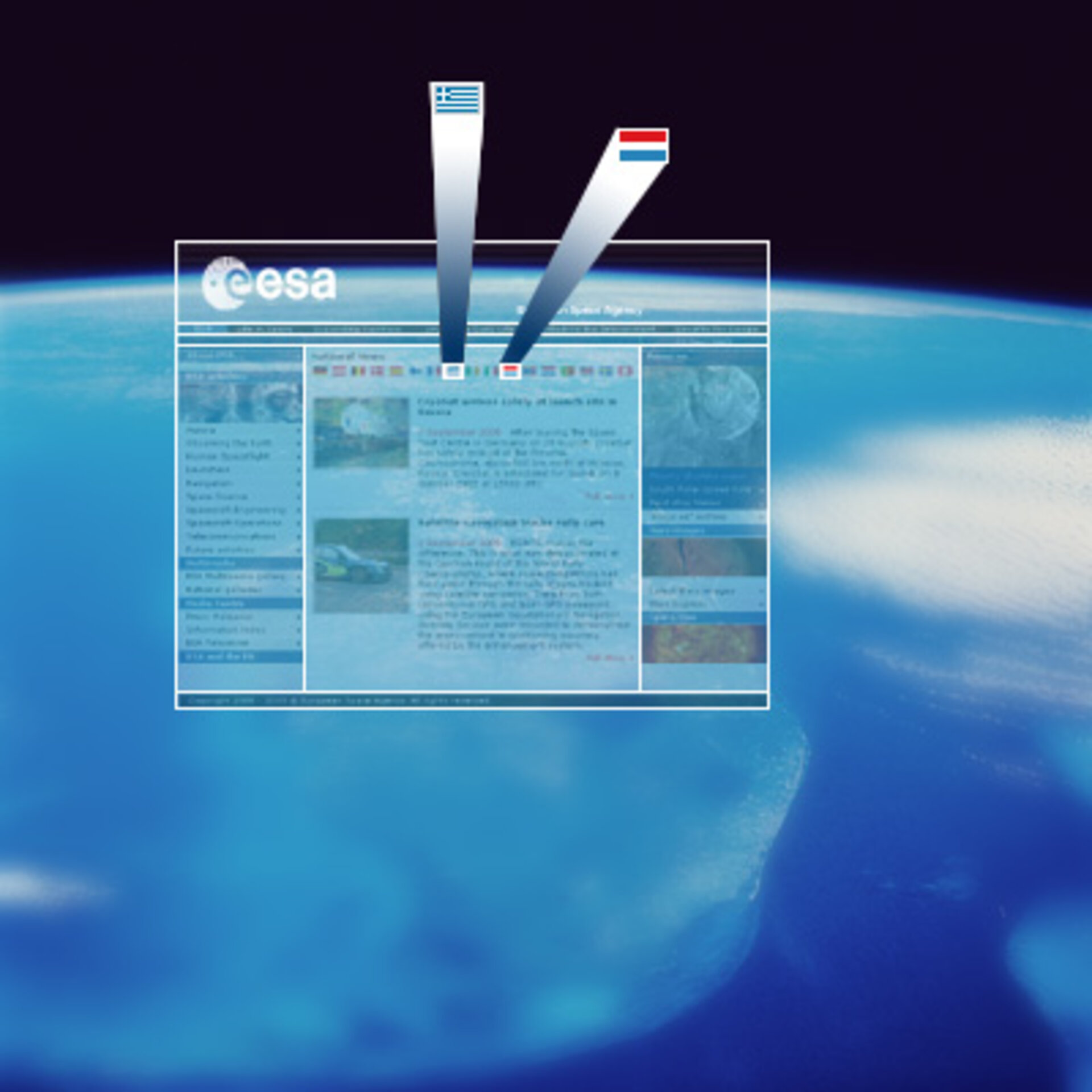 From today the flags of Member States on the ESA Portal are joined by those of Greece and Luxembourg, the two countries that became ESA Member States in 2005. With these two new additions the ESA Web Portal now has 17 country sites published in 12 European languages.

Greece became an ESA Member State in March this year while Luxembourg joined ESA at the end of June. Both countries are familiar with the work of the Agency as they have already participated in a number of ESA programmes such as telecommunications and technology activities, and the Global Monitoring for Environment and Security initiative.

Their accession to the ESA Convention was approved in March last year and since then, both countries have been able to attend meetings of ESA’s Council and all its subordinate bodies, to familiarise themselves with ESA's procedures.

With the addition of Greece and Luxembourg ESA now has 17 Member States, increasing its European dimension. ESA Director General, Jean–Jacques Dordain, warmly welcomed both countries to the European Space Agency.