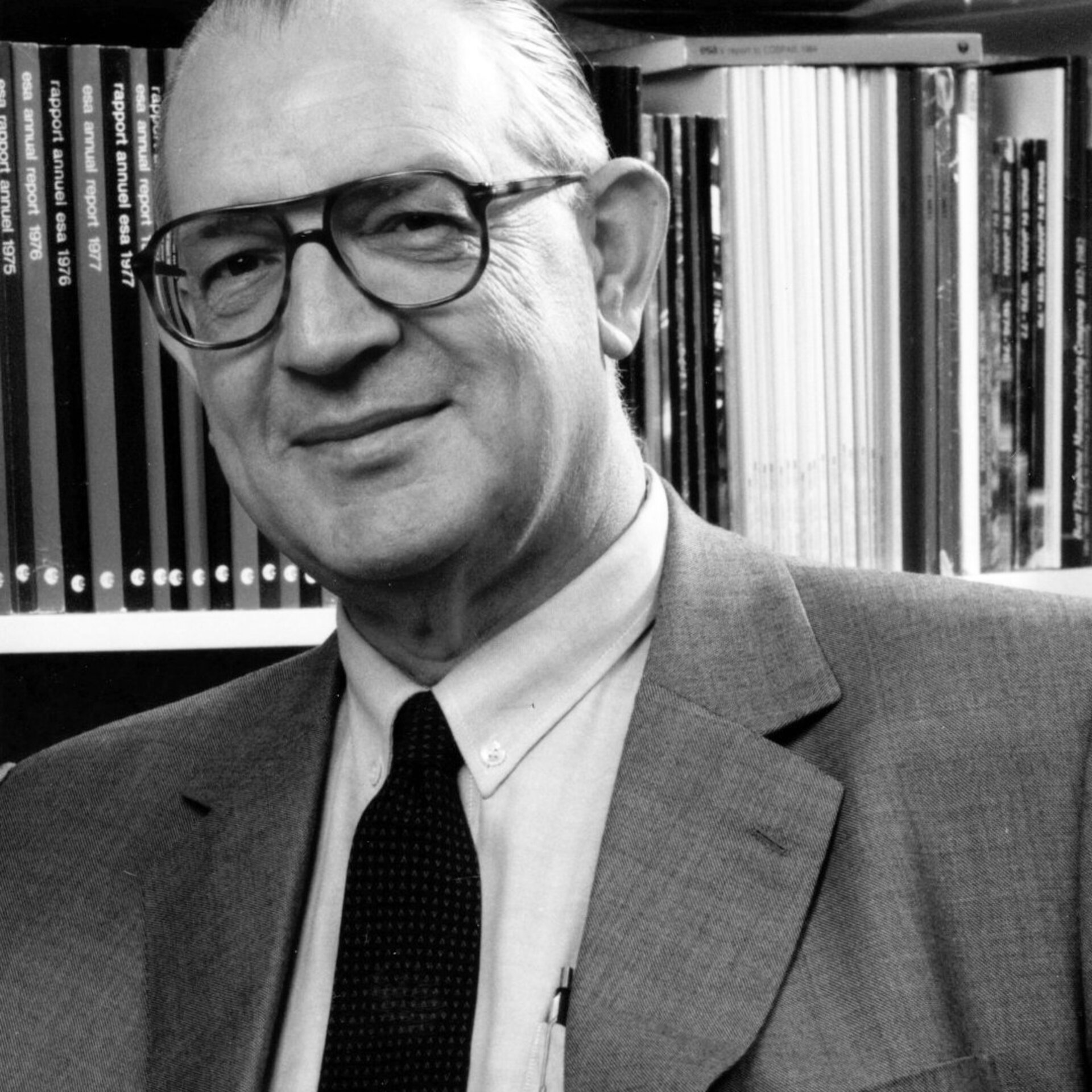 George Pieter Van Reeth was the third and last Secretary General of ELDO, and has spent 27 years with ESA and its predecessors. He passed away in August 2010.

Born in 1924 in Herselt, Belgium, he studied civil engineering and then law at the Catholic University of Louvain. He obtained a Doctorate in Law in 1952. He practised as an Attorney at the Bar in Antwerp from 1953 until 1962, when he became a legal expert in the NATO Starfighter Monitoring Office in Koblenz, charged with negotiating and managing contracts for the purchase of electronic equipment.

In 1964 he was appointed by ESRO to organise and head the Contracts Service at the European Space Research and Technology Centre (ESTEC) which had just started to operate; as such, he introduced new advanced forms of contracts for the first ESRO satellite programmes. In particular, he adapted incentive contracts and project control methods as practised in the United States to a specifically European environment.

He was instrumental in defining and implementing an industrial policy adapted to the requirements of ESRO and later of ESA. He played an important role in the setting up of the European industrial consortia which were in those years among the first European joint ventures in a field of high technology.

In 1972 he became the Administrative Director of ELDO and later Acting Secretary General. When ELDO and ESRO were merged in 1975 he was appointed Director of Administration of ESA in Paris. In addition to his duties in Administration, in particular overall responsibility for budget and procurement, he had been personally involved in all aspects of the European space policy in general, notably in the aspects of international relations and industrial policy, including equitable distribution of contracts between Member States.

He had equally taken a large part in defining the relations with other space organisations, in particular NASA, and conducted many negotiations on international level.

In 1991 he retired from ESA and became President of the International Space University (ISU), where he was responsible for the conversion of what was primarily a Summer School activity into a permanent institution issuing Master Degrees in Space Studies. He was instrumental in the establishment of the ISU Central Campus in Strasbourg, France. His mandate as President ended on 30 June 1994.