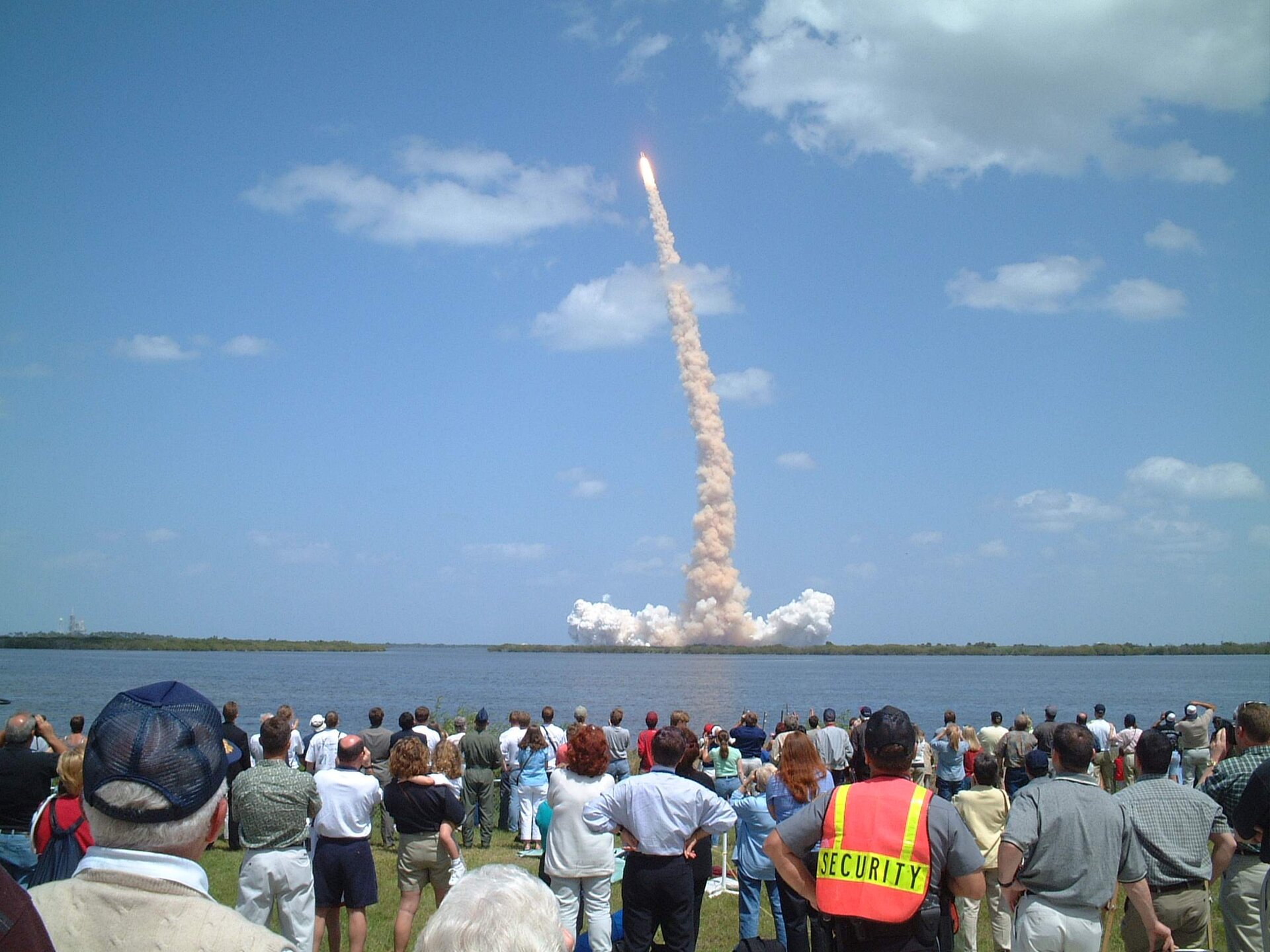 Italian ESA astronaut, Umberto Guidoni (46) and his six colleagues left a pleasant spring afternoon in Florida behind them at the start of a two-day journey which will see them docking with the Station some 260 km above the Earth's surface on 21 April.

The 11-day STS-100 mission is the ninth Shuttle visit to the International Space Station and will involve at least two space walks. The main payloads are the Italian-built Raffaello multi-purpose pressurised logistics module (MPLM) and Canada's giant robotic arm. Both are crucial elements in the ongoing construction of the Space Station and the initiation of scientific experimental work. A UHF antenna, for in-orbit communications during space walks, is also on board.

The MPLM is a pressurised module with a sophisticated internal life support system, allowing astronauts to work inside it and unload equipment while berthed at the Station. It is the only module capable of delivering the special racked experiments prepared for the Station's laboratories. In addition, it will serve as a 'removal van', carrying other equipment and supplies to and from the Station.

On this mission the Raffaello MPLM is carrying experiments for the US Destiny laboratory module, together with vital supplies and equipment both for the astronauts living on the Station and for future construction and maintenance work.

Guidoni's trip to the International Space Station is the culmination of five years of intensive training. He had his first flight experience in 1996 as payload specialist on the 16-day tethered satellite mission and on STS-100 will play a key part in mission activities. As 'loadmaster' in charge of MPLM logistical operations, he will oversee the activation and deactivation of Raffaello and, in a back-up role, help operate the Shuttle's robotic arm during the space walks. On Monday, once the Canadian robotic arm has been installed, Guidoni will oversee attachment of the MPLM to the Unity laboratory module and organise the daunting task of transferring the ten tonnes of equipment into the Space Station. Operating the space vision system, he will supervise payload bay door closing.

The MPLM will be reloaded with unwanted cargo and waste to be returned to Earth.

The mission will be a milestone in the development of the Space Station. "Previous missions have involved taking up components and materials for use in construction. Ours really marks the beginning of scientific use of the Station," said Guidoni.

The International Space Station, the biggest habitable structure ever built in space, is being constructed jointly by the world's major space powers: the United States, Europe (represented by the European Space Agency), Russia, Canada and Japan. It will eventually house a unique research facility in space, generating scientific information and technology that will improve the lives of future generations. It will also provide unique opportunities for industrial and commercial applications.

Note for editors:
As of today the special ESA web site http://www.esa.int/guidoni is active. This site will be available throughout the mission and will offer video material and background information on the STS-100 mission and the International Space Station. The site can also be used to send e-mails to Umberto Guidoni at the Station. A selection of incoming e-mails will be uplinked daily to him and if a question is selected for transmission the sender will get an answer direct from space on their PC.