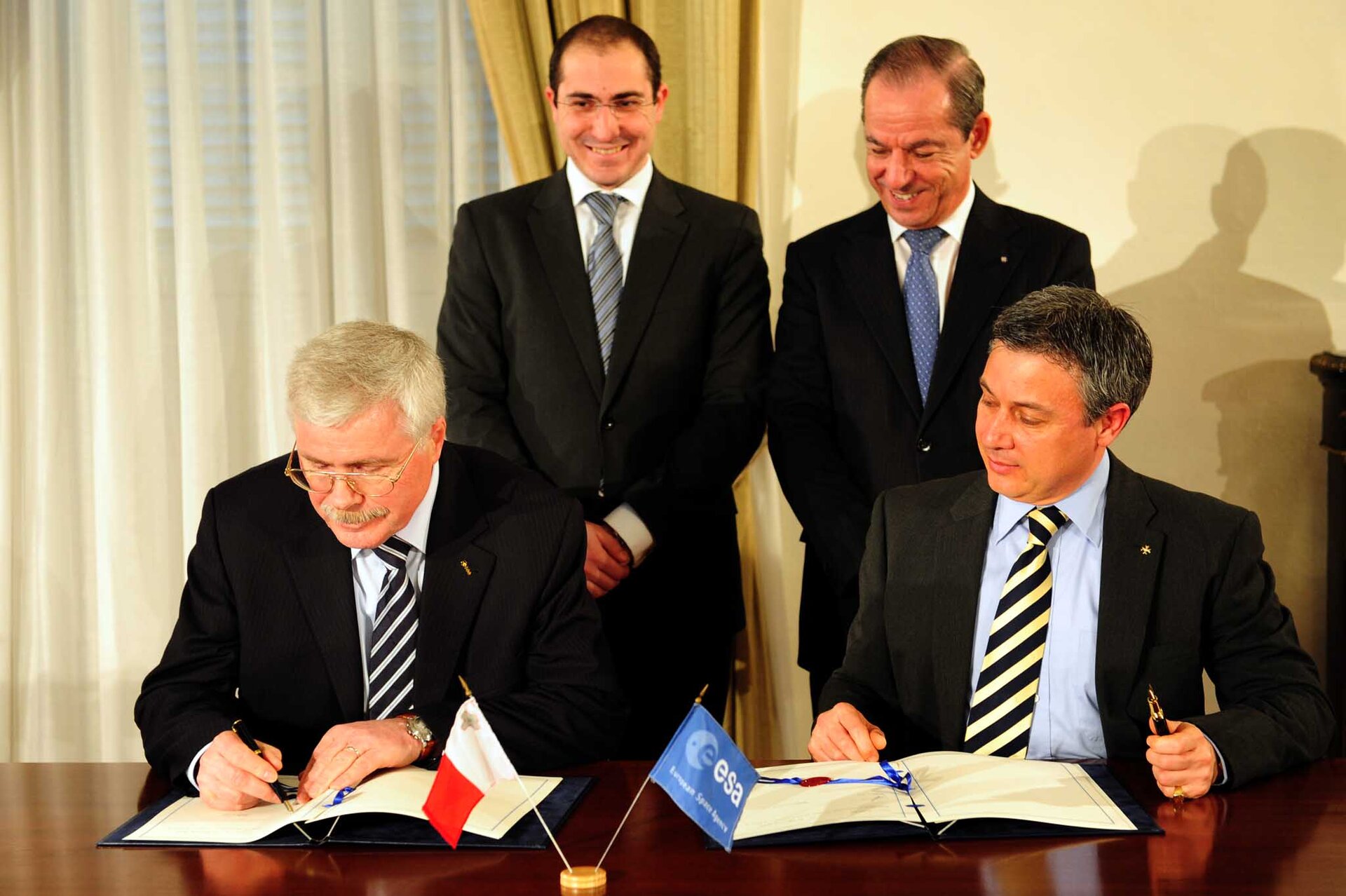 Malta signed a Cooperation Agreement with ESA on 20 February 2012. The objective of this agreement is to allow Malta and ESA to create the framework for more-intensive cooperation in ESA projects in the future.

Head of ESA Director General’s Cabinet, Karlheinz Kreuzberg, and Chairman of the Malta Council for Science and Technology, Jeffrey Pullicino Orlando MP, signed the agreement in Valletta, in the presence of the Prime Minister of Malta, the Hon. Lawrence Gonzi.

Discussions with ESA started in 2004 through the Maltese Embassy in Paris. The Malta Council for Science and Technology (MCST), in charge of space affairs and also responsible for the National Strategy for Research and Innovation, was appointed as ESA’s counterpart.

The priority areas for Malta in research are telecommunications and satellite technology, as well as high-technology engineering (for example, Micro-Electro-Mechanical Systems and nanotechnology). The Department of Physics at the University of Malta has a number of research interests in space activities.

On 29 May 2009, Malta joined the Group on Earth Observations. ESA has now a formal cooperation with nearly all EU Member States. The Czech Republic and, more recently, Romania have become ESA Member States. Discussions for accession are taking place with Poland.

The ESA Director General also initiated in 2011 a series of biannual meetings held at different ESA establishments with the EU Member States that are not members of ESA. Malta also attended these meetings and was given an opportunity to participate in a newly proposed National Trainee Scheme. Malta will send trainees to ESA in line with the capacities and competences of the island.

Prime Minister Gonzi insisted that his Government would give top priority to education. He said, “This cooperation agreement with ESA would result in new training and research opportunities for Maltese students and researchers, access to state-of-the-art equipment and facilities, as well as the possibility of networking with ESA researchers.”

He also underlined that, “Investing in research and innovation would create the right conditions to grow alongside manufacturing and other economic sectors.”