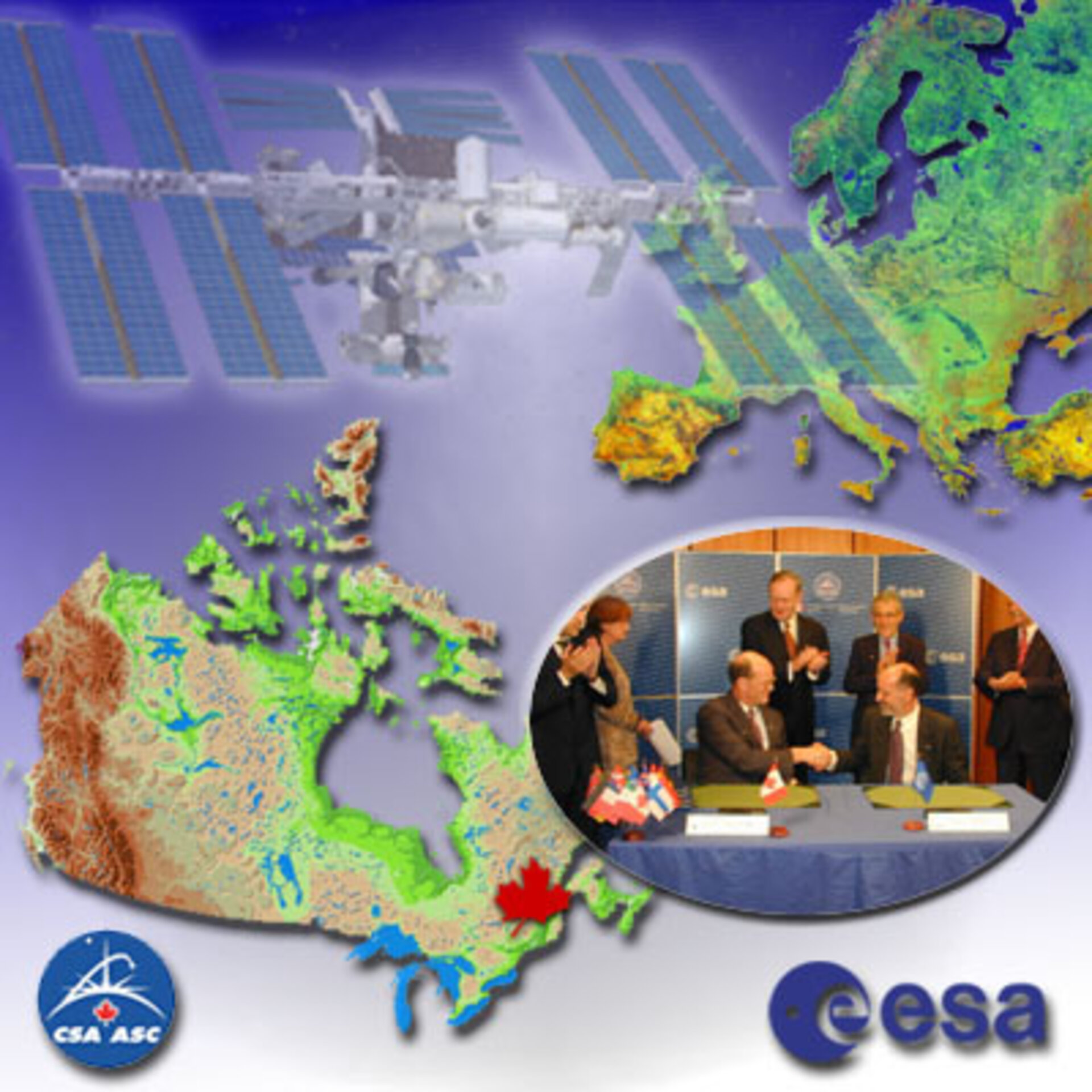 On 21 June 2000 a new ten-year cooperation agreement was signed between ESA and the Canadian Space Agency in the presence of the Canadian Prime Minister, Jean Chrétien and ESA's Director General, Antonio Rodotà, at ESA's headquarters in Paris.

ESA’s Director General, Antonio Rodotà, welcomed the Canadian Prime Minister, Jean Chrétien, to a ceremony at the headquarters of ESA in Paris to celebrate the continuing partnership between Europe and Canada in space applications and technology. Heads of delegations representing 14 of ESA’s Member States attended the ceremony.

The Prime Minister’s visit culminated in the signing of a ten-year Cooperation Agreement between ESA and the Canadian Space Agency. This agreement continues the long-standing cooperation between Europe and Canada, together with the socio-economic benefits that arise from jointly promoting the peaceful development of space activities and technology.

“With this new agreement we are building on a proud tradition of partnership in space-based research and development”, said the Canadian Prime Minister, Jean Chrétien. It is a model of international cooperation, one that will continue to drive innovation, the sharing of knowledge and expertise, and the creation of partnerships between countries, agencies and space-based industries to meet the needs of future generations all over the world”.

Canadian companies are expanding their links with European firms in Earth observation and satellite navigation, and in building the next generation of satellites to provide access to faster and cheaper high-speed communications, multimedia and internet services. Over the past 20 years, through successive cooperation agreements, ESA has awarded contracts to space companies throughout Canada which have led to the creation of jobs, the acquisition of knowledge and expertise, and the development of industrial alliances with European contractors.

A new feature of the latest cooperation agreement is that ESA will now be able to join in the programmes of the Canadian Space Agency.