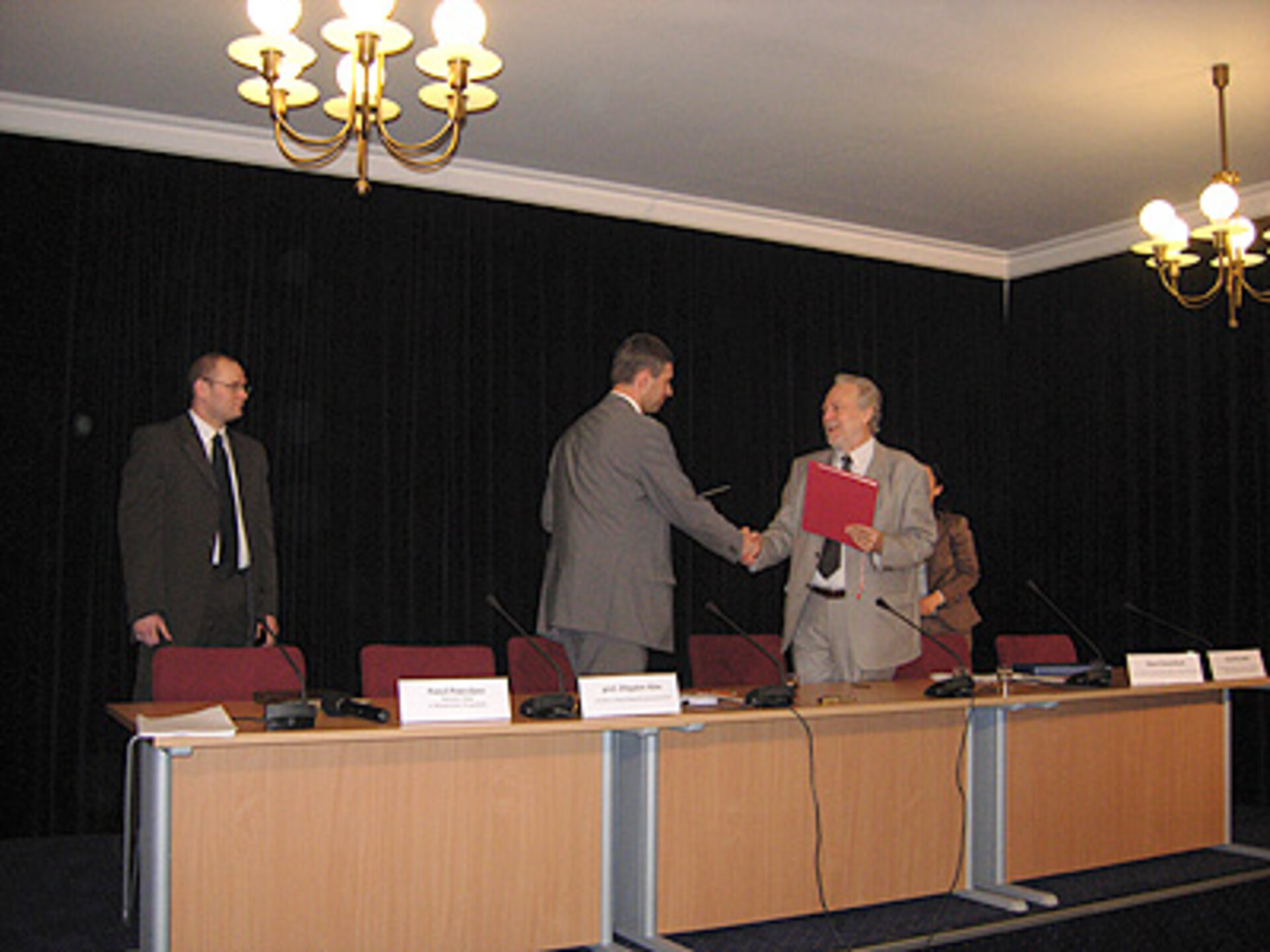 On 27 April 2007, Pawel Poncyljusz, Secretary of State in the Polish Ministry of Economy, and René Oosterlinck, ESA Director of Legal Affairs and External Relations, signed the European Cooperating State Agreement in Warsaw.

Poland is the fourth European Cooperating State (ECS) following Hungary (April 2003), Czech Republic (November 2003) and Romania (February 2006). Poland was one of the first Eastern European countries to conclude a Cooperation Agreement with ESA in the field of the peaceful use of outer space, signed in 1994, followed by another one in January 2002.

Polish Principal Investigators are very active with the utilisation of Envisat data. Training and several fellowships at ESA and Members States establishments have been granted to Polish students. Several students are currently involved in the ESA educational project known as the Student Space Exploration and Technology Initiative (SSETI).

This signing of the ECS Agreement and the upcoming PECS (Plan for European Cooperating State) Charter represents a new milestone in the relations between Poland and ESA, as Poland will now be able to participate in almost all ESA programmes and activities.

During the coming months Poland will define, together with ESA, the specific areas and projects for cooperation. The PECS Charter will have to be subscribed within one year.