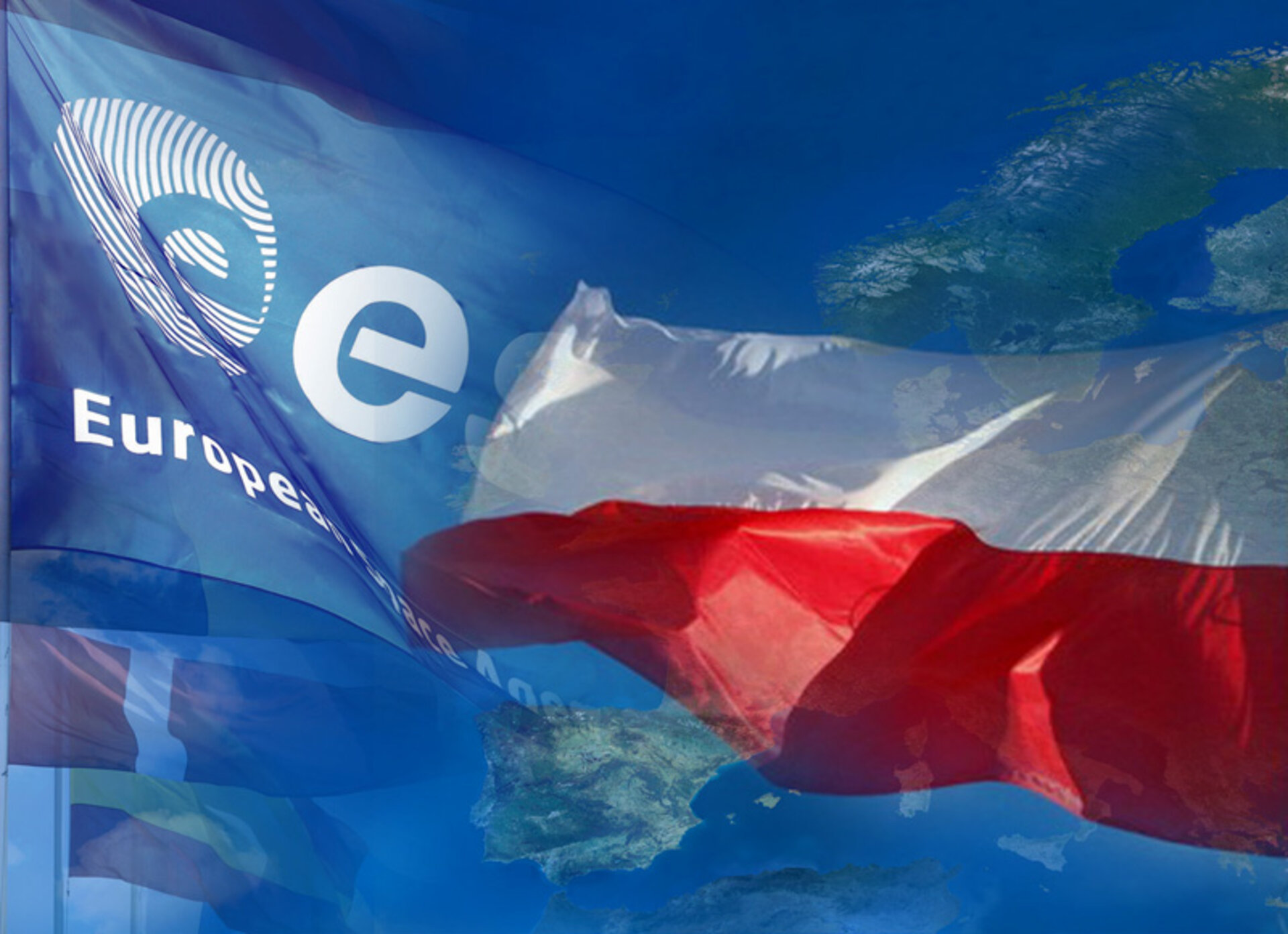 The Council meeting at Ministerial level this week sees the Polish flag flying for the first time alongside those of ESA’s other Member States after Poland formally became ESA’s 20th Member State on 19 November.

Poland exchanged Accession Agreements on the ESA Convention on 13 September. The ceremony took place at the Copernicus Science Centre in Warsaw, with the participation of Jean-Jacques Dordain, ESA Director General, Waldemar Pawlak, Polish Minister of Economy, and Grażyna Henclewska, Under Secretary of State in the Polish Ministry of Economy.

The Government of Poland completed the final step in the very short ratification process today, depositing the ‘ratification instrument’ with the Government of France. Poland is now participating in this week’s Ministerial Council as a full Member State.