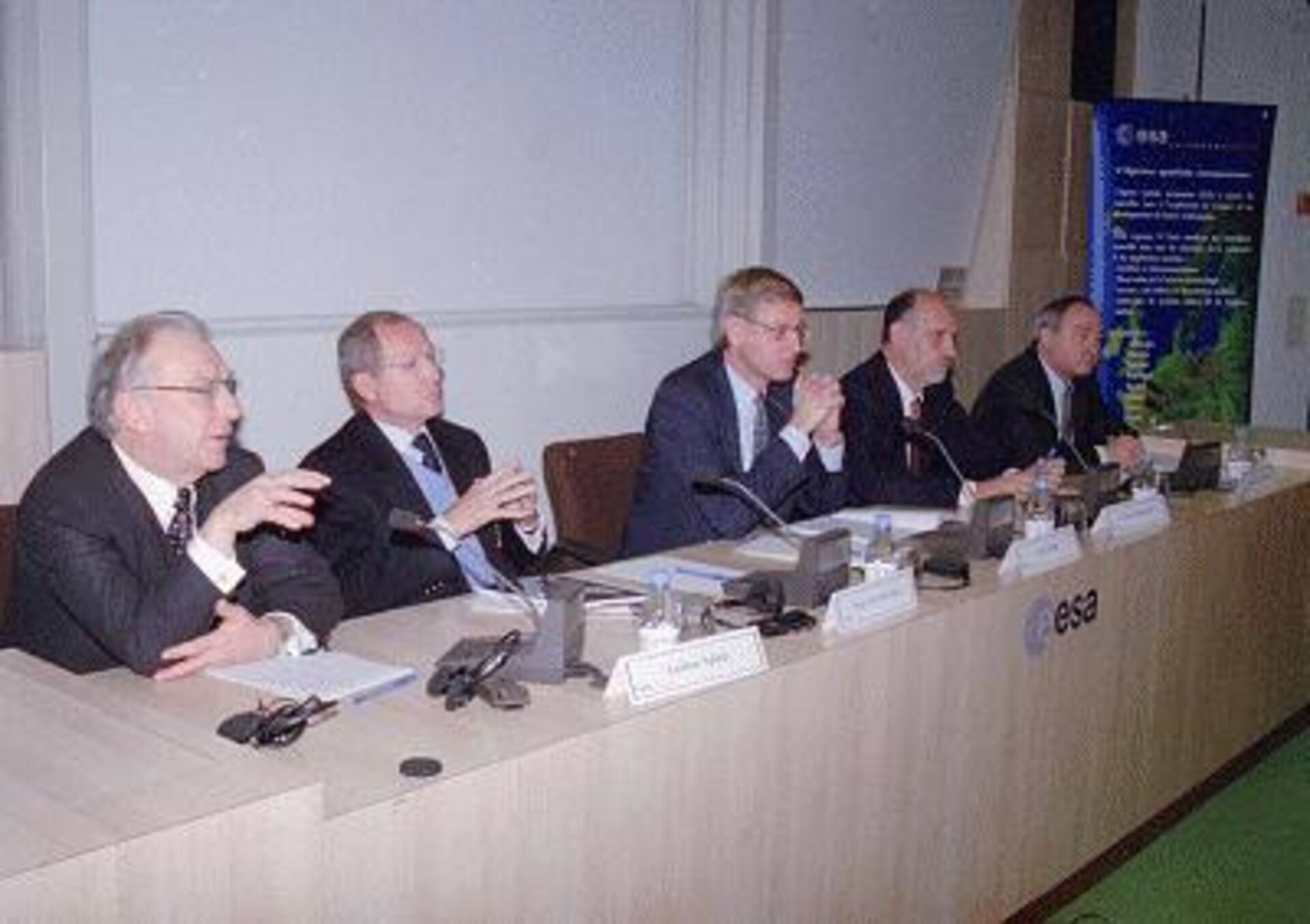 In March this year, ESA's Director General Antonio Rodotà asked a committee of three "wise men" to help him with independent advice on the evolution of ESA. Their recommendations are being presented today at a press conference at ESA Headquarters in Paris and the full report is now available online.

The committee was made up of Carl Bildt, former Swedish Prime Minister and UN envoy to the Balkans, Jean Peyrelevade, President of Crédit Lyonnais, and Lothar Späth, CEO of Jenoptik, together representing a combination of high-level political, economic and industrial expertise.

The three examined the organisation of the public space sector in Europe and the role of ESA in that sector, the institutional relationship between ESA and the European Union and the associated potential for synergies between civil and defence aspects. They also analysed the enlargement of ESA to include Central and East European countries and market opportunities available to ESA member states in the space domain.