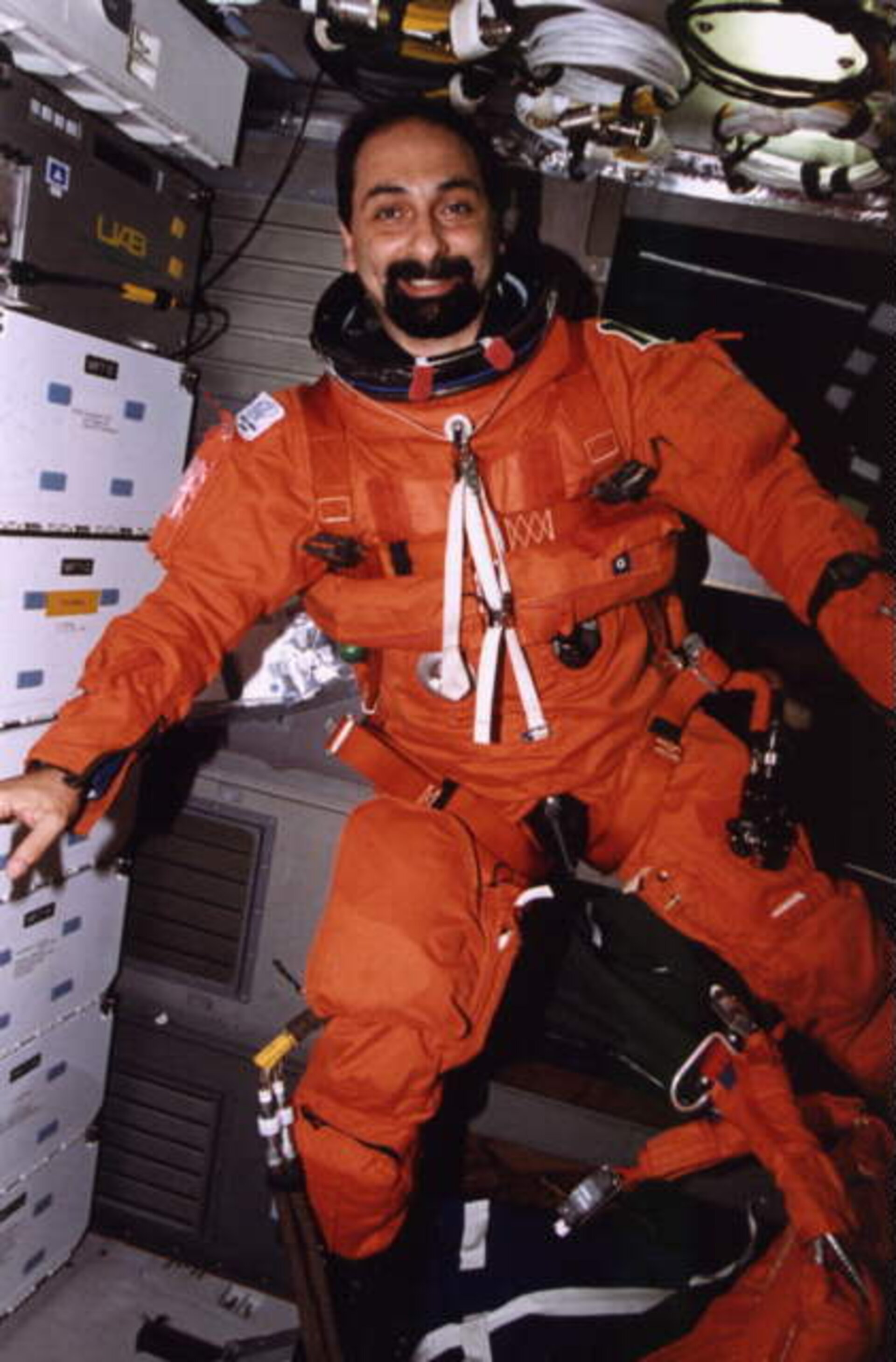 ESA astronaut Umberto Guidoni will make history as the first European to visit the International Space Station when he blasts into space onboard the Space Shuttle Endeavour for the 11 day STS-100 mission.

With him and the six other crew members will be two important payloads - Canada's robotic arm and the European developed Raffaello Multi-purpose Logistics Module (MPLM), which will deliver more than 10 tonnes of equipment and supplies to the Space Station including some of the first experimental payloads for use in the US Destiny laboratory module.

The MPLM, built in Italy by the Italian Space Agency (ASI), is the only module capable of delivering racksize scientific payloads to the station.

Three MPLMs will eventually operate on a rotational basis as part of the Space Station's regular delivery schedule, bringing equipment, experiments and supplies to and from orbit.

As well as food, water, clothes and other consumables, the Raffaello will carry two racks of scientific experiments. "Until now, deliveries to the Station have mostly comprised of various construction supplies and materials to increase the volume and capability of the structure. This delivery marks the beginning of scientific utilisation of the Station," said Guidoni.

When the Shuttle reaches the Station, Guidoni and fellow NASA astronaut Scott Parazynski will work together on a dramatic manoeuvre, which will involve attaching the folded giant Canadian arm to the US laboratory.

Once attached Scott and Canadian astronaut Chris Hadfield will take a walk outside the Shuttle to unfold the 17 metre arm, connect all the cables and power it to life.

Following this, Guidoni will take the helm at the Shuttle’s robotic arm controls and steer the Raffaello MPLM from the Shuttle docking bay into position on the Space Station's Node 1.

With limited views from the window this is a complicated process which has taken many months of intensive training to get right. From within the shuttle cockpit, Guidoni will use remote controlled cameras, manual controls and a precise computerised space vision system to operate the Shuttle’s arm and guide the module into place.

He will have to match a series of white and black target dots on the Space Station and MPLM module to within a tenth of an inch to secure the module in exactly the right position.

Once attached, crew from inside the Space Station can enter the module. It will stay attached for seven days during which time, Guidoni and other crew from the shuttle and Space Station will unload it and then replace the cargo with items and waste materials that need to be returned to Earth.

The STS-100 mission will be Guidoni's second trip into space. He gained valuable experience when he flew on the 16 day Tethered Satellite System Mission STS-75, in 1996.

"I am very happy to be the first European to visit the Space Station and to have the responsibility of representing both Italy and the whole of Europe," he said.