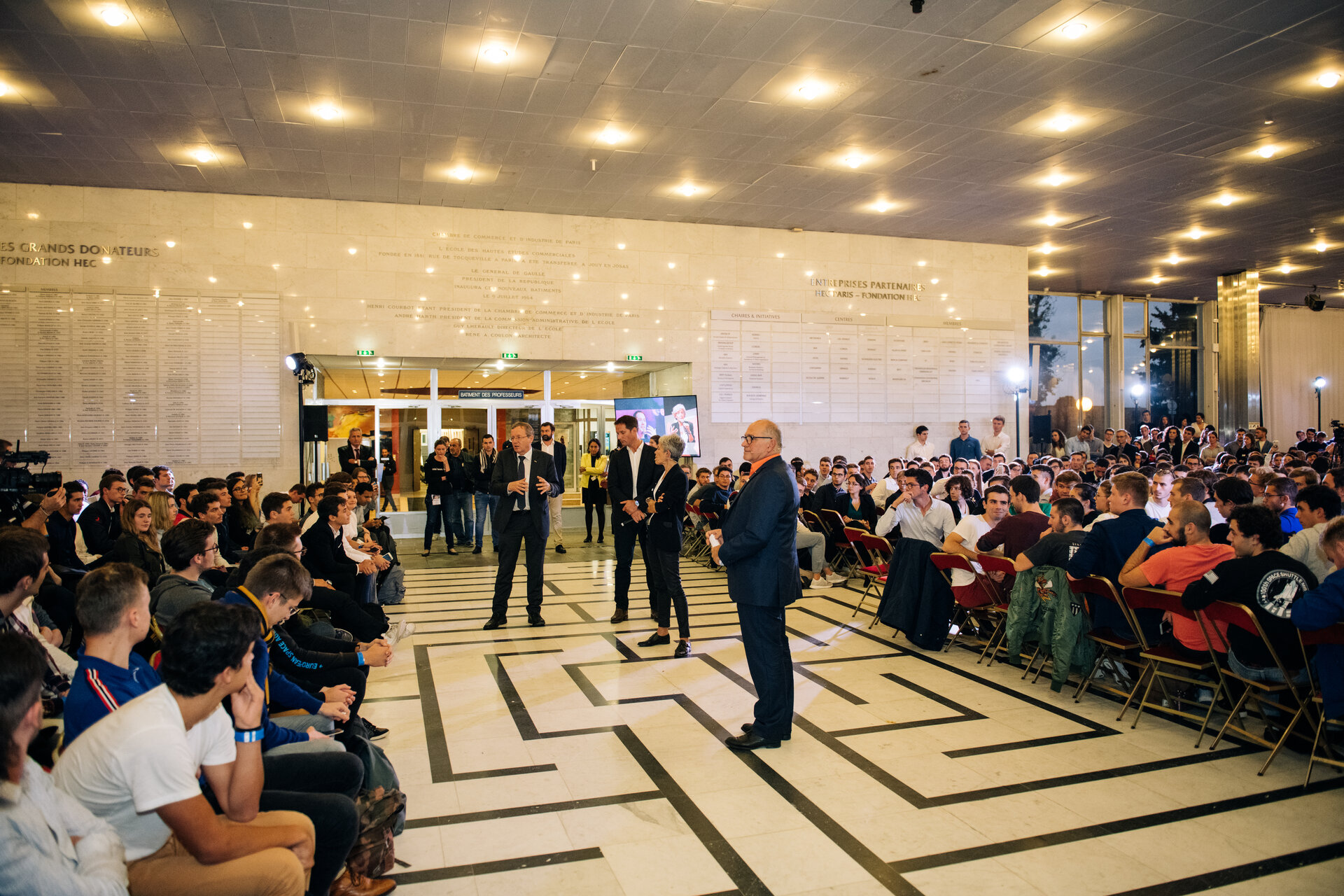 The second series of European Space Talks concluded on 31 October, in a campaign that gave thousands of people, whether enthusiasts or professionals, the chance to share their passion for space.

Space Talks is an awareness campaign run by ESA and partners in Member States to discuss what benefits space brings to European citizens and how it is crucial for all of our futures.

In this year’s campaign, some talks highlighted the importance of past achievements in the space adventure and the inspiration they brought to the public, in particular the Apollo missions and the celebration of the 50th anniversary of the first Moonlanding.

Since the launch of Space Talks on same day as the Apollo anniversary, 21 July 2019, more than 46 000 people visited the Space Talks web site to find events near them. Space Talks organisers were very creative, with over 180 talks given on diverse topics such as Earth observation, astronautics, new technologies, biology and art.

For example, the Atmosphere festival, in Courbevoie, France, featured Space Talks on sustainable development, science and societal issues and how we should relate to other forms of life in the Universe.

Amazingly, talks were organised not only in Europe, but also far beyond, in locations such as Brazil, Mexico and New Zealand, proving once again, that space interests all people living on Earth, without borders.

One of the biggest Space Talks was held in October, when 2700 university students from all across Europe joined online with ESA astronauts Thomas Pesquet and Claudie Haigneré in Paris to talk about the future of Europe and how space will contribute. ESA astronaut Luca Parmitano connected to this chat live from the International Space Station to bring his experience to the students.

ESA Director General Jan Wörner also joined the event and spoke about the importance of hearing what the students had to say, adding “You are the future space players who will make our dreams and expectations a reality, through new programmes and activities that will respond to upcoming challenges for humankind and for the planet.”

The vision of this next generation will be shared at Space19+, the ESA Ministerial Council, to help prepare Europe for its future in space.

Inspirational, innovative and international, these European Space Talks have touched many people, demonstrating that space is not just for rocket scientists or engineers, but can involve us all.