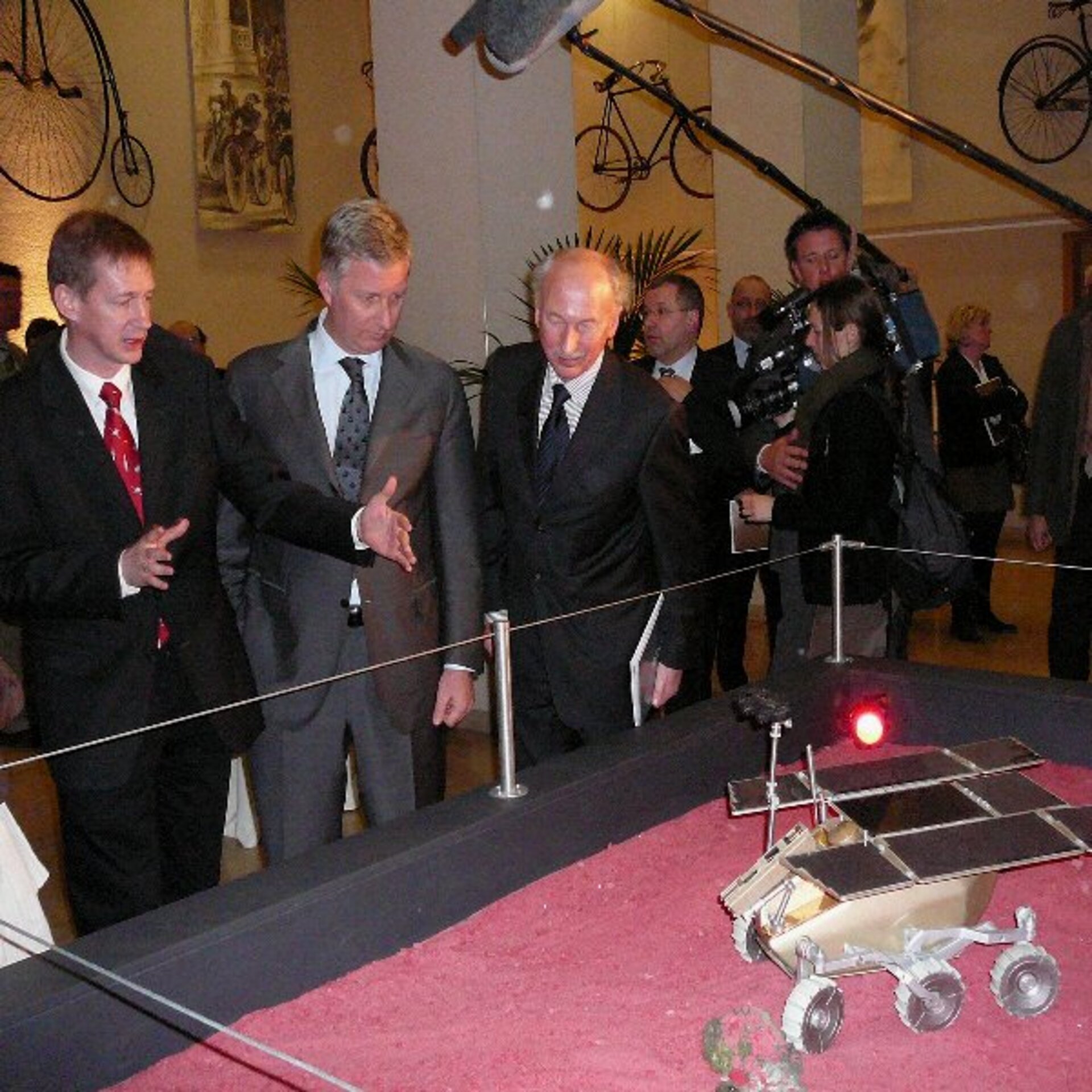 It is vital that more youngsters opt for technical and scientific studies and careers, says an educational policy report recently issued by the Space and Education Forum of the Belgian Prince Philippe Fund, prepared in cooperation with the Belgian Science Policy Office and ESA.

The ‘Space for Science and Technology’ report was presented last week at the 'Space for Science and Technology' conference in Brussels. The importance of the Forum’s work was illustrated by the presence H.R.H. Crown Prince Philippe of Belgium, accompanied by Belgian astronauts Dirk Frimout and Frank De Winne, ESA Director of Legal Affairs and External Relations René Oosterlinck, and three Belgian ministers responsible for education and science policy.

The Prince Philippe Fund founded the Space and Education Forum in 2005 under the chairmanship of Frank De Winne, the Belgian ESA astronaut. The final report is based on international research and a survey among 500 teachers.

"More than ever we need youngsters to choose science and technology," said Frank De Winne. "Space is an ideal subject to accomplish this. Space is flashy and so it should be for young people." In all this, teachers have to play an important role. "Without them we can do nothing. They should be supported."

The Forum wanted to find new methods of encouraging students and young people to opt for scientific or technical studies and to translate their talents and capacities into the required skills. In 2006 and 2007 the Forum was instructed to develop ideas and propose initiatives to raise the interest of young people in space and space research. More than 80 players have been involved. "They come not only from the space sector, but also from education," explained De Winne.

"The time is ripe to make youngsters aware of science and technology. The policy makers have to make space research a flagship theme," according to the Prince Philippe Fund.

The main conclusions of the work of the Forum are global:

Space in the classroom

ESA Director René Oosterlinck talked about ESA’s efforts to bring space into the classroom. In the longer term, the fall in students taking up classical science and engineering subjects presents a real problem for organisations like ESA. In response to this, the ESA Education Office has, amongst other initiatives, created the European Space Education Resource Office (ESERO).

In order to serve better these needs and to provide easy accesss to existing programmes and networks, this pilot project aims to establish contact points in all ESA Member States, manned by education experts already integrated in the national education system and networks.

Belgium is one of four pilot countries for ESERO. The Belgian ESERO office was created in cooperation between ESA and the Belgian Federal Science Policy Office and is situated in Brussels in the Planetarium of the Royal Observatory of Belgium.

Technology remains unknown to many youngsters

Three Belgian ministers responsible for science and education attended the meeting in Brussels. They all agreed that youngsters have to find (again) the path that leads to science and technology, not only in Belgium, but throughout Europe.

"We have to make an early start at an early age," said Marie Marie Arena (French Community). "This is very important because a lot of students lose interest in science and technology after primary school. A lot of students need a solid mathematical basis. They have to learn to like maths and to know the professions in which mathematics is important. Otherwise they will choose easier subjects."

According to Patricia Ceysens (Flemish Government), science is not easy, but at the same time it is fascinating. "For the first time for a while in higher education, there is an increase of about 10% in the number of students choosing the sciences." However, she added "Science and technology remain rather unknown to youngsters though they probably never had as much technology in their pockets as today." She expressed her hope that space can help to make a change for boys and - very important – for girls. "Research also shows that parents are in 68% of the cases a dominant factor in making a choice. They also must be made aware of the importance of space."

Space can really help to make people enthusiastic about science and technology. The anouncement that Frank De Winne will spend six months aboard the International Space Station in 2009 was greeted with much enthusiasm in his home country. 'His flight undoubtedly will give an extra stimulus,' said Sabine Laruelle (Belgian Federal Government).