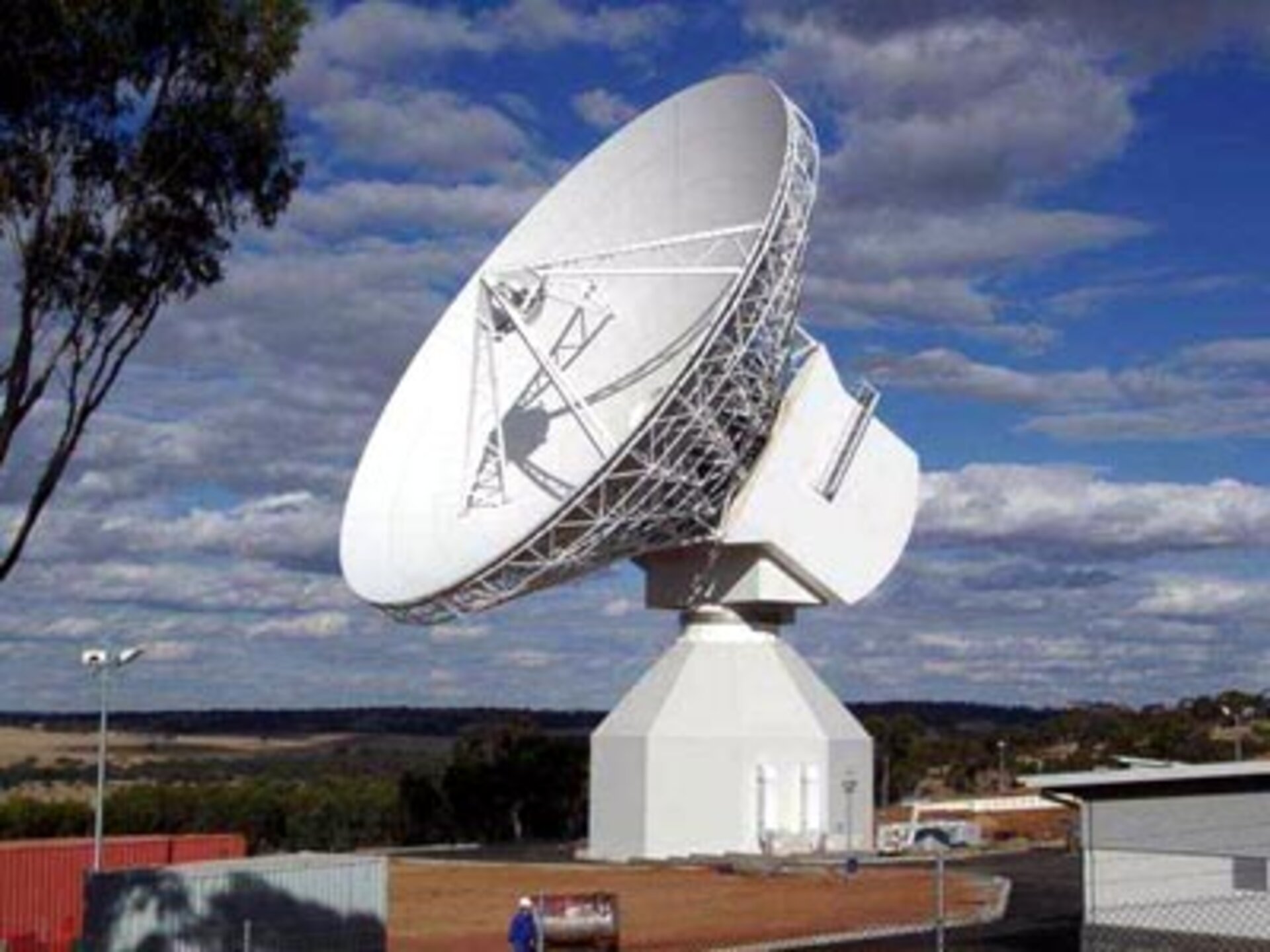 The spacecraft Stardust, which is on its way to meet the Comet Wild 2 in January 2004, last week helped ESA to carry out final testing of the Agency’s first deep-space ground station, situated just 140 km north of Perth in New Norcia, Australia.

ESA’s new 35-metre telemetry, tracking and command antenna has a pointing accuracy of 0.01 degrees and will be a vital link in ESA’s Rosetta mission to the comet Wirtanen. This is one of the most ambitious scientific missions ever to be launched and is scheduled to take place early in 2003.

The 630-tonne antenna will be the main communications link between Rosetta and Mission Control at ESA’s European Space Operations Centre (ESOC) in Germany. It will also be used to transmit and receive data from other space missions sent to explore the Universe beyond the Moon, such as ESA’s Mars Express, also scheduled for launch in 2003.

Stardust, which is a NASA Jet Propulsion Laboratory mission, was selected for the tracking tests as it is on an interplanetary trajectory currently more than 300 million km from the Earth. As it passed over Australia on 8 June, at a maximum elevation of over 70 degrees, the New Norcia ground station successfully tracked the spacecraft and received its signals.

The main objectives of the tests were to confirm the quality of the pointing of the antenna and to see the downlink signal on a spectrum analyser - configured by a team from ESOC - to catch the low signals coming from the spacecraft. The characteristics of the signal, together with precise orbital data, were kindly provided by the Stardust team based at JPL. Their cooperation made it possible to localise the spacecraft spectrum approximately half an hour after the nominal downlink switch on.

Three days later additional tests were carried out to check the pointing and to confirm the capability of the Intermediate Frequency Modem System (IFMS) to track precisely the downlink carrier for orbit determination purposes. All the objectives were successfully achieved and the antenna has demonstrated that it is working well. Everything is now ready for the official handover to ESA in July 2002.