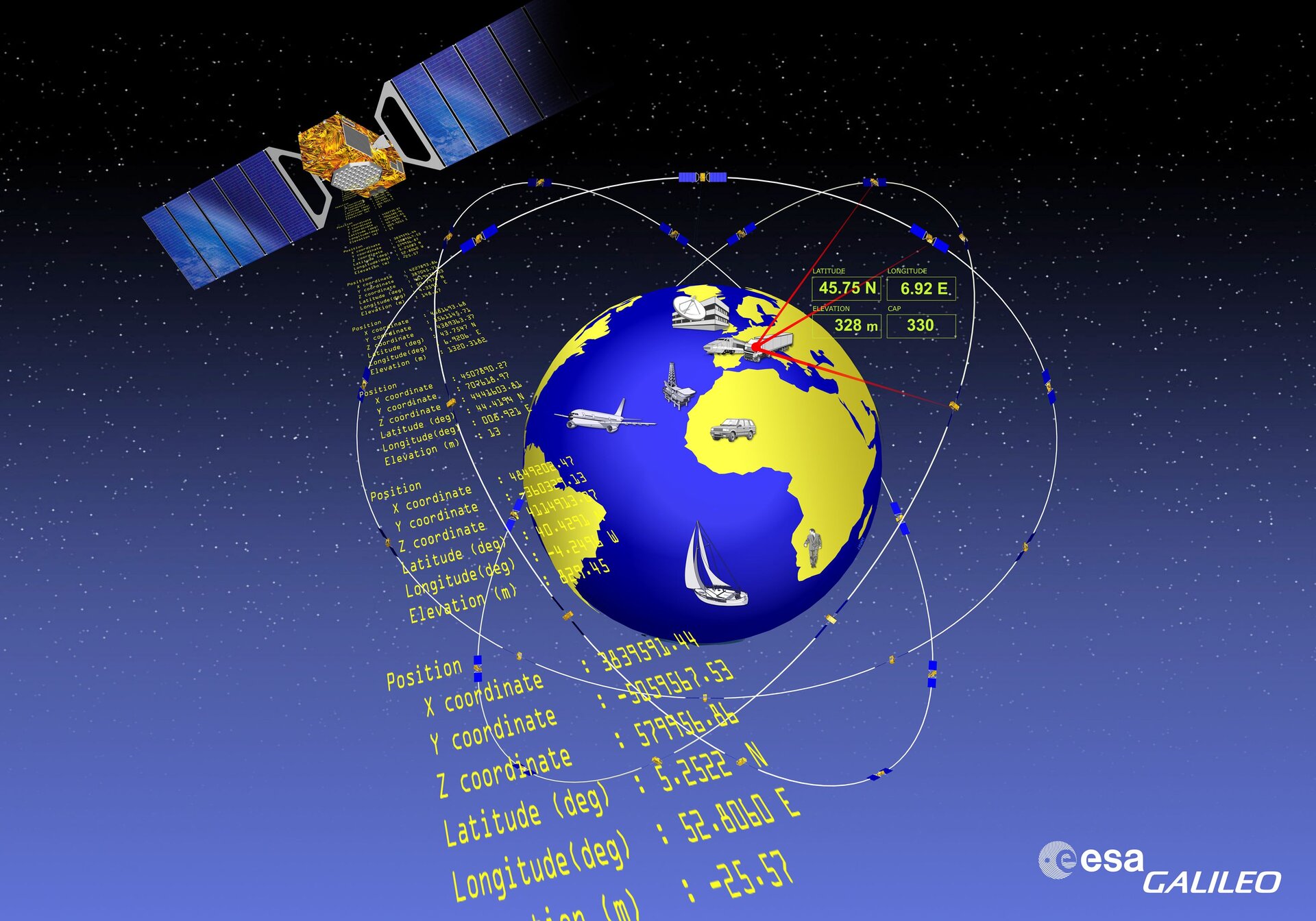 In Edinburgh in November 2001, Mr Romano Prodi became the first European Commission president to attend an ESA ministerial Council meeting, the forum where Europe's major space programmes are decided. There were good reasons for this.

For specialists such as Jean-Pol Poncelet, ESA'S Director of strategy and external relations, this event demonstrates the very important links being forged between the European Union and the European Space Agency.

"This shows that space resources have truly become a European Union concern and that Europe must make intelligent use of them if it is to be the world's most efficient knowledge-based and information society, in line with the Lisbon summit objective. To that end, the EU needs ESA, for its expertise and know-how," says Mr Poncelet, who also considers that "this marked political support on the part of the EU and the Commission president could serve as a tremendous political lever for ESA".

Although the history and culture of these two European bodies are very different, their constitutional status and often complementary objectives are leading them to develop a closer relationship and work together more and more.

"We are now at the point where the EU and ESA have a shared interest in working together to carry out jointly agreed projects", emphasises Mr Poncelet, who joined ESA's senior management at its Paris headquarters in summer 2001.

A good example is undoubtedly the recent decision to go ahead with Galileo, the ambitious European satellite navigation and positioning programme. This is the perfect illustration of cooperation between one institution - the EU - which, because it needs space facilities, commits to paying for half a project, and a second - ESA - which, possessing the expertise and technological capability, adopts the same attitude and funds the other half of the project. This is a new departure in the history of Europe and such a partnership between the EU and ESA is beneficial to both parties.

"I consider Galileo to represent a crucial strategic challenge for Europe", says Antonio Rodotà, ESA's Director General. "With Galileo, it will be the first time that a truly European infrastructure is set up, that will be able to benefit all Europeans. And the only political and regulatory entity that can impose political rules in Europe is the EU. ESA does not have that authority. The EU is its natural partner in developing a system intended for Europe's citizens. The point is that Galileo will become a tangible reality for everyone and will not simply remain a nice technology demonstration project developed by ESA."

On the recommendation of the European policy-makers, ESA has placed the GMES programme (Global Monitoring for Environment and Security) at the top of its priorities, alongside Galileo. These two programmes alone account for 20% of the EUR 7.8 billion committed by ESA for the next four to five years.

Is this to say that before the EU became involved, ESA was unable and powerless to manage or even have a space policy?

"Not at all!", exclaims Mr Poncelet, assuring that "it would be a complete misunderstanding of the Agency's history to believe that a European space policy is now being created thanks to the EU. On the contrary, it was ESA's 30 years of success and leadership that aroused the EU's interest in the Agency." For this former Belgian deputy prime minister, the Agency's record is exemplary in more ways than one for Europe. First of all, there was its political success in bringing together its 15 member states. In terms of technology, its success has been even more striking, reflected mainly in the design and construction of the Ariane-5 launcher, considered today as the most advanced in the world. The Agency has also been successful from the industrial standpoint, with a strategy that has produced a solid industrial base Europe-wide, one that moreover is equitably distributed across the various countries concerned.

With such honourable results, making ESA a model of European cooperation, one can rightly ask what it is that political Europe, in the form of the EU institutions, can bring the Agency in this process of establishing a closer relationship.

"However effective it might be, ESA - by the very nature of its status and history - is an intergovernmental agency, which means that power has not been delegated to it by its member states. We can therefore only do what they authorise or ask us to do. By contrast, the European Union was established under a treaty and one of the reasons for that was to make it a supranational body. EU institutions can take decisions autonomously, on behalf of their member states, without having to consult them each time."

For example, the European Commission has full responsibility for the competition policy and can fine firms whose behaviour it considers contrary to free competition. Similarly, it can negotiate, with the USA for instance, trade rules applicable to all member states.

"In ESA's case, to build on our space policy, there are powers we lack, such as the EU's ability to regulate. For example, concerning GPS and Galileo, a great number of issues will arise in the future, such as frequency management, regulation of the future market for the next generation of GPS terminals, or protection of privacy, which could be threatened by, say, unlawful use of a guidance system to make motorists drive to the address of some advertiser. All those very important regulatory aspects fall outside ESA's competence and must be dealt with by the EU if these space programmes are to become a reality."

However, the crucial support that the EU could give ESA in numerous areas is not just one-way. Europe's policy makers too have become aware of how essential space technologies are for promoting the programmes and policies they wish to conduct.

"In an increasing number of domains, space facilities have become essential and no one is calling into question ESA's competence and know-how. It would be impossible to envisage a transport policy that did not require radio-navigation systems such as Galileo. An environmental policy without space-based remote sensing or Earth observation is similarly unthinkable, as is telecoms development without space infrastructure. The list goes on."

This rapprochement is therefore not by any means a power struggle between two European institutions attempting to dictate rules to one another or impose themselves on one another, as some might fear. Each of the organisations has its own, recognised remit. "The Agency should not feel threatened or abandon its operating principles. It is just a matter of making certain resources available to the EU or benefiting from their support and influence where there is a need. This process can be time-consuming, as we have to learn to work together on complex issues."

At the Edinburgh meeting, Mr Prodi invited the EU and ESA to pay more attention to security and, indirectly, defence. Mr Rodotà responded favourably, saying that in consultation with the EU and its Council, he would examine how space technologies could be used in the field of the common foreign and security policy. "The Agency should contribute to European security, though this will not consist in starting up military programmes, let there be no mistake about that," declared the Director General of ESA, whose convention rules out any military activity.

"It seems, on rereading the wording "for exclusively peaceful purposes" in Article II of the Agency's convention," says Mr Poncelet, "that it no longer has the meaning intended at the time by the founders in the context of the Cold War. The concept has evolved a great deal over 30 years. For us today, it basically comes down to 'non-aggressive'", points out the former Belgian defence minister.

For example, Norway, in monitoring its substantial fishing activities, its ships throughout the world (which represent 10% of world shipping) and its oil interests (oil and natural gas provide 15% to 20% of national income), makes use of satellite facilities - radar, remote sensing, observation, telecoms, etc. - and these are crucial to its security. Yet this type of security-related space policy has nothing to do with strictly military matters.

Should ESA, given the world as it is today, consider modifying its convention with respect to defence?

"Certainly not," replies Mr Poncelet clearly. "What matters is that everyone should perceive and interpret the convention in the same way. None of the member states considers that using Europe's Ariane launcher to deploy military satellites such as Helios, Skynet and others with military payloads contradicted ESA's principles. The Franco-Spanish intelligence satellite Helios and its payload was even tested at ESA's science and technology centre (ESTEC). This shows that the consensus has evolved naturally and that peaceful purposes can very well mean security purposes too."

In addition, taking into account the commercial challenges in prospect and the increasingly competitive environment, this security-based approach is a way for Europe to broaden the financial or commercial base of its space activities, as it also represents a sizeable market, commercial satellites making up only about 30% of the world total.

"I think it makes sense for ESA to take an interest in these security and defence matters and discuss them with the EU. That is in line with Europeans' desire to be autonomous and independent where their security is concerned. They wish to be able to handle crisis management missions or peacekeeping operations themselves. But collective defence does of course remain a NATO task and any conflict would have to be dealt with by the Atlantic Alliance."