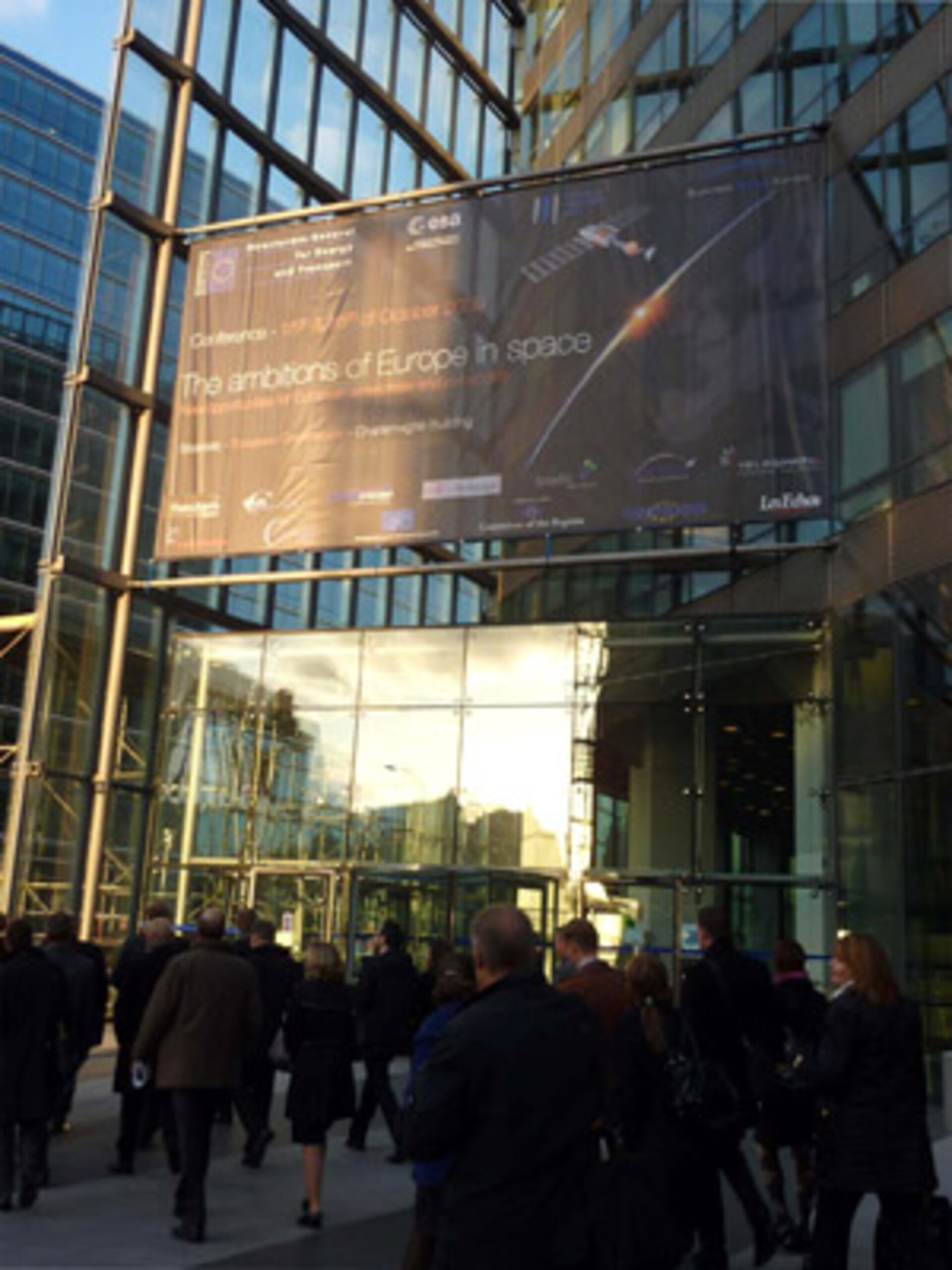 A conference on ‘The Ambitions of Europe in Space’ on 15 and 16 October brought together members of the European Parliament, Council, European Commission, agencies, industry, research entities, operators, financing institutions as well as interested people from the media and public.

In his opening speech, the newly re-elected president of the European Commission, José Manuel Durão Barroso, noted that space is an enabling tool allowing Europe to face some fundamental challenges: fighting the economic crisis, ensuring the well-being of our citizens, tackling climate change, finding ways to unleash our full potential for innovation and job creation, and to bring about a true knowledge society, as well as reinforcing Europe’s position in the world scene.

President Barroso also highlighted the useful role played by space in invigorating European competitiveness and economic growth, recalling that the Lisbon Treaty enshrines space as a shared responsibility for the EU and its Member States. The outstanding record of achievements of ESA and several EU Member States provide solid foundations.

The flagship Galileo/EGNOS and Global Monitoring for Environment & Security (GMES) space programmes were presented as projects of fundamental importance for Europe’s future, under the leadership of the EU.

Many other applications of space in the different sectorial policies of the EU were presented and discussed. Conference speakers also highlighted how space can provide adapted and sustainable solutions for the delivery of humanitarian aid, peacekeeping and sustainable development.

With a renewed interest for space, EC Vice-President Jacques Barrot announced that the EU intended to take full advantage of space technologies for its ‘EUROSUR’ border surveillance system. Likewise, Commissioner Joe Borg stressed that space systems provide an increasingly important contribution to an integrated maritime policy. This would be especially true for the fragile Arctic environment, where new space infrastructure could be needed to meet its specific communication and observation requirements.

In the closing session, Jean-Jacques Dordain, Director General of ESA, concluded that indeed Europe had ambitions and capabilities in space. In spite of devoting significantly lower resources to space than other countries, Europe is a world player and European space industry, operators and scientists are world-class.

Mr Dordain also noted that space is no longer an isolated field, but is more than ever important for global issues such as climate change and energy – probably the greatest challenges for our society. Space is a symbol of success for Europe and the objectives for the future were well defined in the European Space Policy.

Mr Dordain pointed out that space is a political issue, which makes it important that priorities are clearly set. In the short term, emphasis should be on the contribution of space to the economy, with projects including navigation, telecommunications and energy. In the medium term, the emphasis should be on climate change. Human space exploration is also, basically, a political issue, an international venture where Europe should continue an important role.