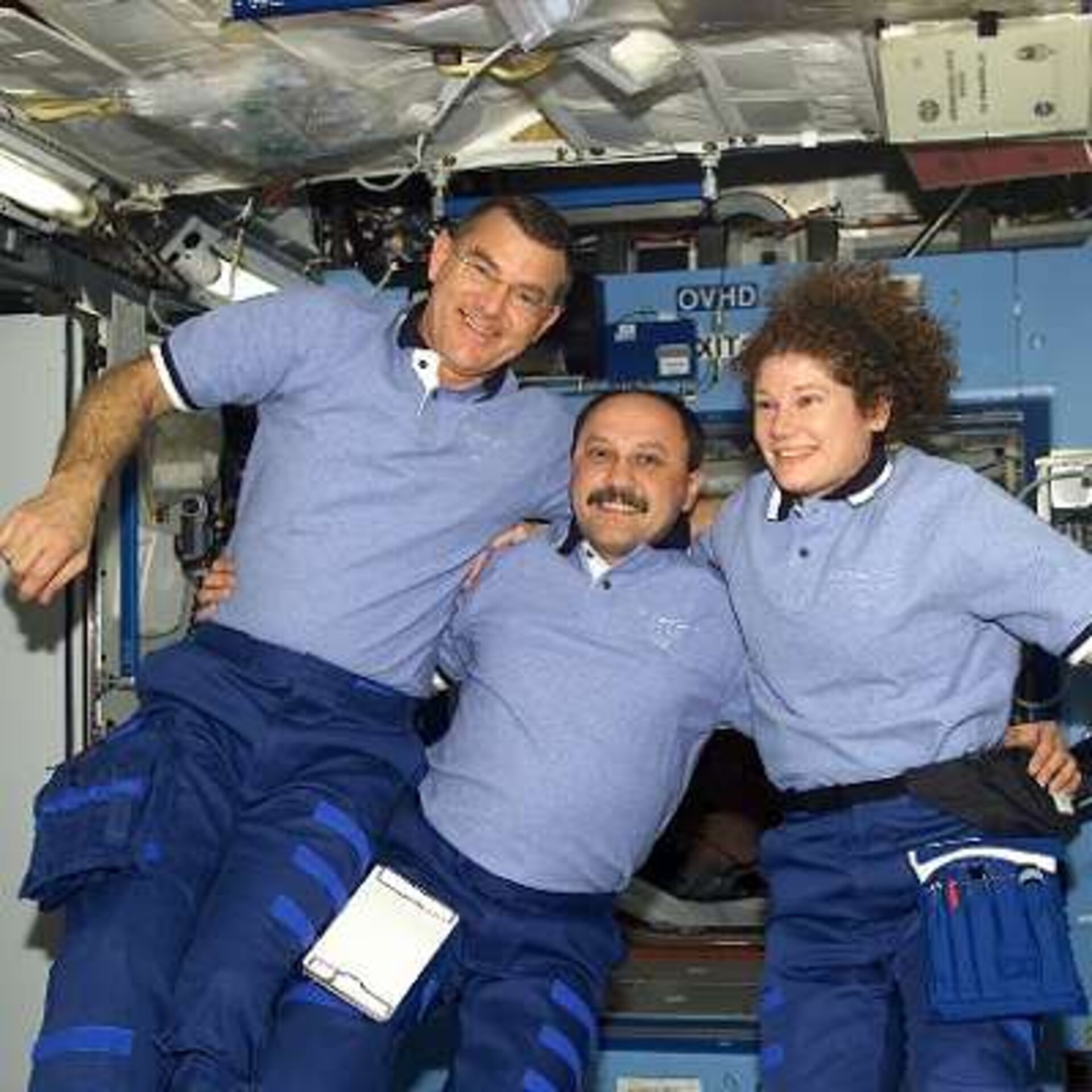 After the successful completion of the Space Shuttle Discovery's mission on 21 March, the three members of the International Space Station's Expedition Two crew are settling in for their four-month tour of duty.

Commander Yury Usachev and his flight engineers James Voss and Susan Helms will have plenty to do: they will work on 18 different experiments in areas that range from the human body in space to crystal growth and Earth observation.

The new crew will have a better station to work in than their predecessors. Discovery lofted the Italian-built logistics module Leonardo in her cargo hold, loaded with five tonnes of scientific and other equipment. In the course of two spacewalks, Discovery's crew docked the pressurized module with the ISS to allow cargo transfer and fitted the station with a platform that will serve as a mounting for the Canadian Robotic Arm.

The Arm itself is due for delivery in April, when the Space Shuttle Endeavour is scheduled to dock with the ISS. Endeavour will also carry Leonardo's companion module, Raffaello, with another load of equipment racks. The Shuttle's crew will include Umberto Guidoni, the first ESA astronaut to visit the station.

If all goes according to plan, Yuri Usachev's team can look forward to visits from up to four Shuttles and a Russian Soyuz craft. The final Shuttle visit will also bring their relief.

For Usachev himself, the first few days of his new command brought a tinge of sadness. A cosmonaut of immense experience, Usachev is a veteran of three missions aboard Russia's Mir station - a total of more than a year in orbit. Early on 23 March, as the ISS team were getting used to their new home, Mir was successfully de-orbited into the South Pacific. Obsolescent, ailing and sometimes downright dangerous to its crews, Mir was neverthless a vital stage in the human exploration of space. Now the torch has passed to the ISS. Usachev's crew and its successors are proud to carry it.