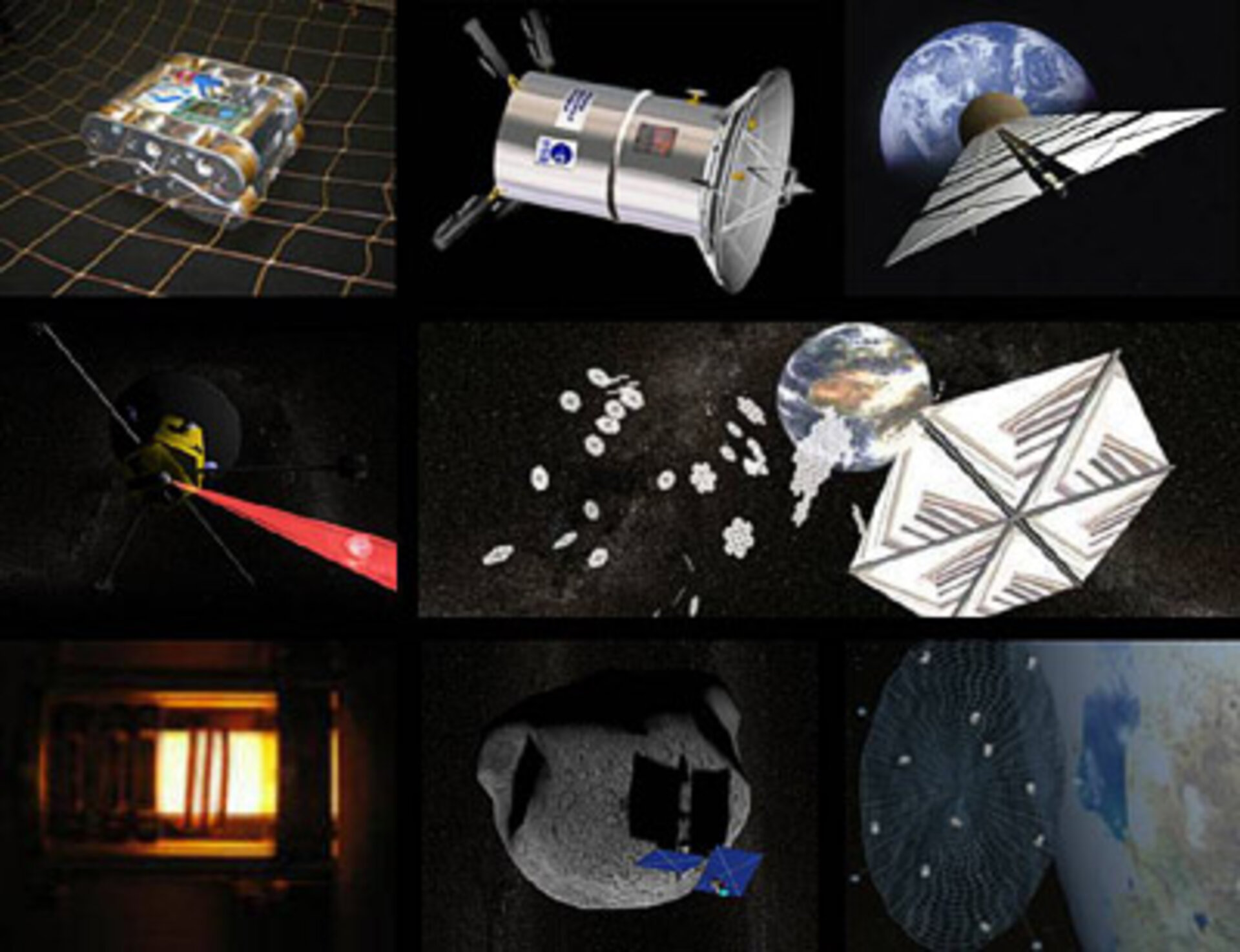 Spacecraft must evolve. Advancing space research is no longer just about swapping old components for new, now it is about entirely rethinking what a space mission can do and how it achieves its goals. World experts are gathering at ESA on 21 February to exchange new ideas and stimulate unconventional thinking about space systems.

“We think that the future of spaceflight is in using new systems, new architectures and exploring technologies to reinvent the design of space missions,” says Dario Izzo of ESA’s Advanced Concepts Team (ACT).

With that sentiment in mind, experts will come to ESTEC, ESA’s research and technology establishment, for a day of intense brainstorming. They will discuss new ways of: using spindly tethers that pull electrical power out of space to explore the fascinating moons and planets of the outer Solar System, using advanced propulsion to send spacecraft to deflect dangerous asteroids or go beyond the solar system, using a swarm of tiny satellites in formation to synthesise large structures such as telescopes and sails, and designing constellations of satellites that behave like rigid objects in space mocking Kepler’s Laws.

“This workshop will discuss some of the missions and enabling architectures that could fly in space in 20–30 years’ time. We will explore new approaches as to how space missions can be built, controlled or executed”, says Roger Walker, one of the co-organisers of the event.

One focus of the workshop will be the coordinated motion of satellite swarms. Primitive goal-oriented instincts will be coded into the control system of each satellite, guiding it to complete a small task, whilst remaining unaware that a more complex undertaking is being achieved collectively. This is how ants and termites behave in nature. In this way, a satellite swarm may be given a collective intelligence, allowing it to achieve useful tasks in space.

Large structures could be built, or many satellites could fly in formation to simulate the performance of much larger apertures than can be launched, whole, into space. Or the satellites might work in a coordinated way to explore many asteroids, providing a large cross section of comparable information rather than a snapshot of just one asteroid as happens with current missions.

Izzo hopes that some of the ideas discussed will lead to future studies for the agency. “Other talks will simply open people’s minds to the many possibilities on offer for future missions,” he says.

The Workshop on Innovative System Concepts will take place on 21 February 2006 in Noordwijk. It is organised by the Advanced Concepts Team, a small team of post-doctoral researchers fostering advanced research in space systems, new concepts and working methods.

To view the workshop programme and for registration information visit the ACT website at http://www.esa.int/gsp/ACT/mission_analysis/innsysdescon.htm