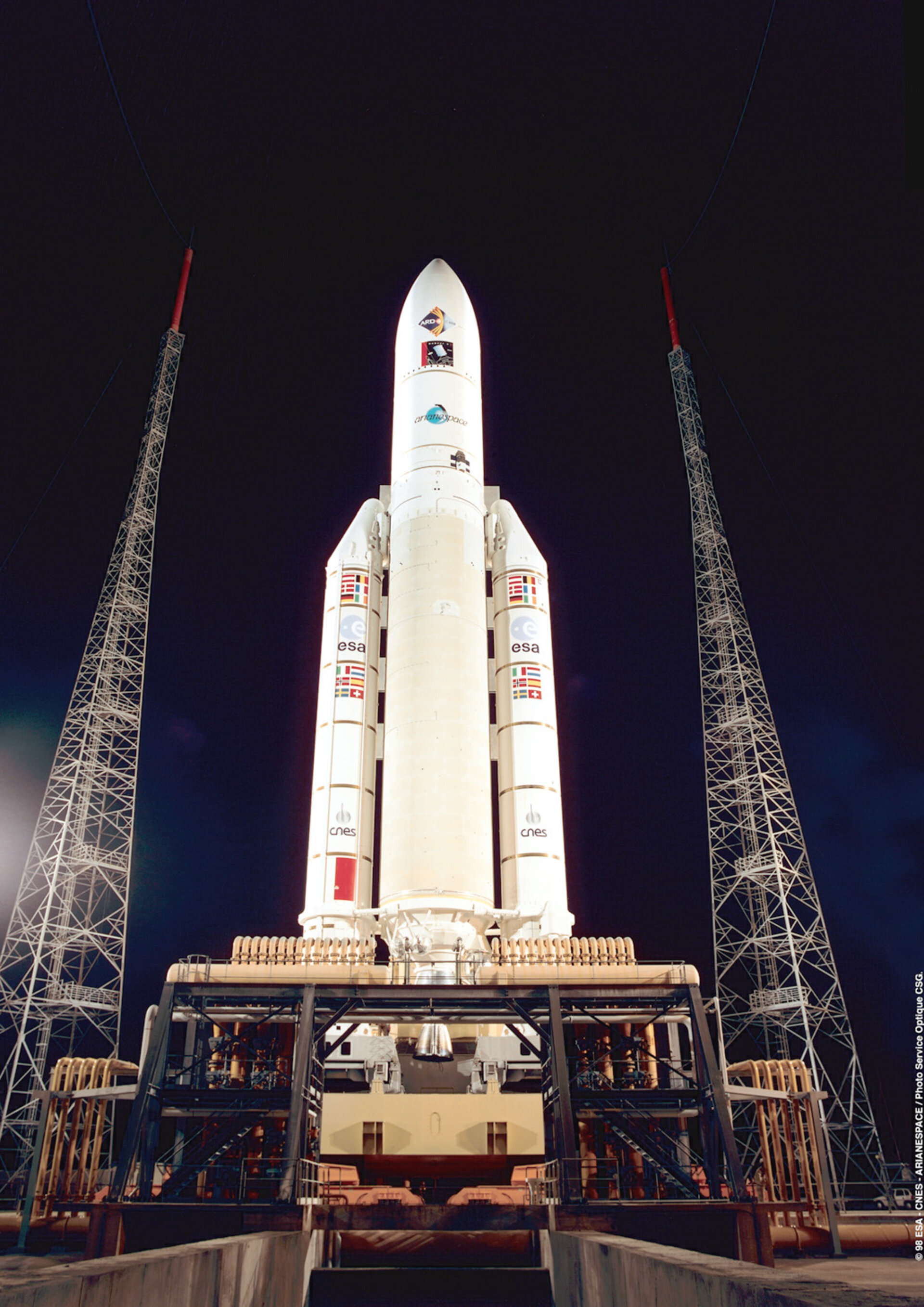 Just before midnight last night (23:51 CET) Flight 140 successfully lifted off from Europe’s spaceport in Kourou, French Guiana. The Ariane-5 launcher was carrying two telecommunications satellites to be placed into geostationary orbit: Eurobird for the European satellite operator Eutelsat and BSAT 2a for the Japanese operator B-SAT.

The final launch countdown commenced 9 hours before the main stage engine was ignited. This was closely followed 7 seconds later by the ignition of the two solid boosters needed to lift the 46-metre-tall Ariane-5 into space. It took just another 7 seconds before the Ariane-5 was on its way.

This was the first mission in the new millennium for the Ariane-5 launcher, developed by ESA’s Launchers Programme.