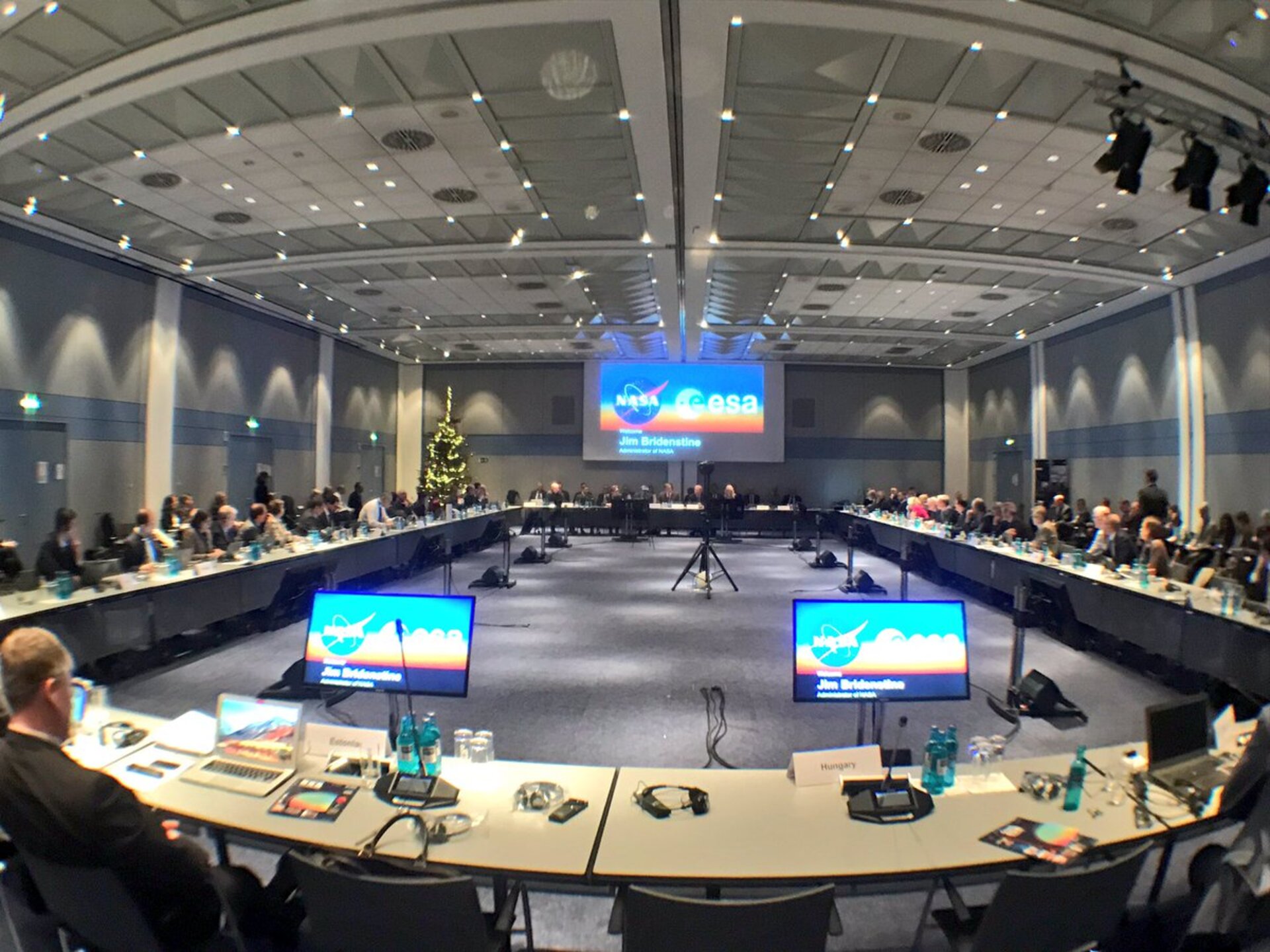 The ESA Council held its 277th meeting at the European Space Operations Centre in Darmstadt on 12 and 13 December 2018.

The Council welcomed NASA Administrator Jim Bridenstine, who presented NASA’s vision for future space exploration. Mr Bridenstine praised the long-standing cooperation between ESA and NASA over the past 40 years through more than 260 major agreements including the iconic Hubble Space Telescope.

He strongly advocated international cooperation with ESA regarding space science, Earth science, the extension of the International Space Station operations and recognised the leading role of ESA on space safety and protection of space assets.

Looking at the future of exploration, Mr Bridenstine invited ESA to build from the International Space Station towards the Lunar Gateway as a sustainable and reusable outpost around the Moon. He congratulated ESA for delivering in November the first European Service Module as a critical element of the Orion missions and set the horizon for future missions to Mars, including the prospect of a joint cooperation with ESA on Mars Sample Return.

Discussions with the Member States were held in view of the conclusion of the industrial contract to be signed for the production of the first batch of Ariane 6 launchers to be launched after its maiden flight in 2020. ESA proposed a way forward to stabilise the transition until full operational capability of Ariane 6

After almost 40 years of outstanding collaboration with Canada, which will be celebrated next year, the ESA Council unanimously approved the renewal of the cooperation agreement between ESA and the Government of Canada for a period of 10 years.

Finally, the Council unanimously approved the proposal of the Director General concerning the renewal of its Director team of teams covering the four pillars of the agency, namely ‘Applications’, 'Safety and Security', ‘Science and Exploration’, ‘Enabling and Support’ as well as ‘Administration and Industrial Policy’.