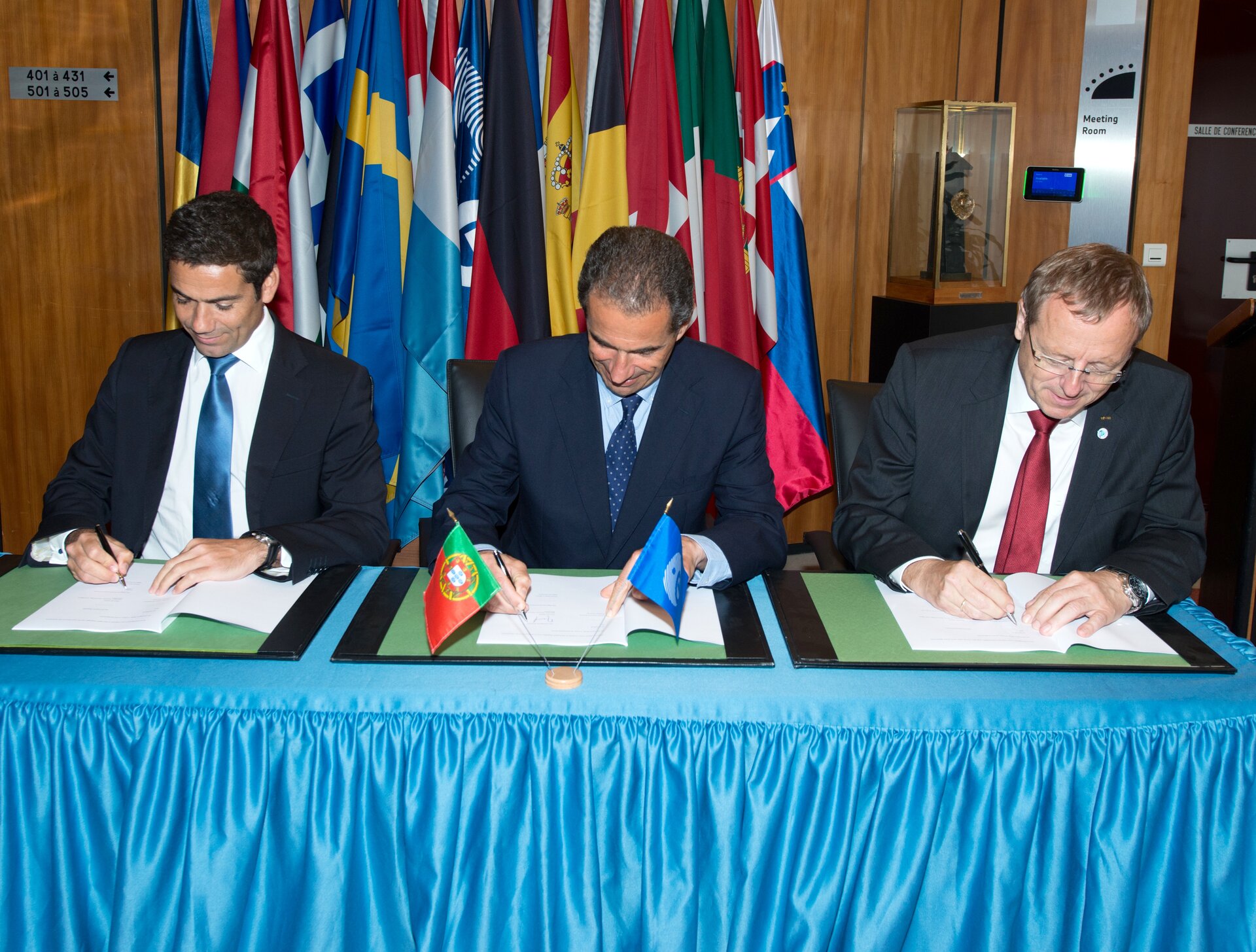 The Minister was accompanied by the President of the Portuguese National Science Foundation, Paulo Ferrão, and by Fausto Brito e Abreu, Secretary for Sea, Science and Technology in the Regional Government of Azores.

Accompanied by Kai-Uwe Schrogl and Ersilia Vaudo, respectively Head of the Strategy Department and Head of the Relations with Member States Office, and by Thomas Beck of the Directorate of Operations, the Director General met with the Portuguese delegation to discuss the upcoming ESA Council at Ministerial level, the upcoming Portuguese National Space policy and how space can contribute to tackle societal and environmental issues, support regional development and economic growth and the importance of the scientific and educational impact of space activities.

The visit was also the occasion to seal the commitment by Portugal to acquire the ESTRACK antenna from Perth, Australia, that is no longer used. To this effect, a document was signed by the Portuguese Minister, ESA’s Director General and the representative of the Azores Regional Government. Part of the infrastructure being built in the Azores to host the antenna is provided in kind by the Regional Government.

Then followed a discussion on how ESA activities can be leveraged to promote Azores as a scientific and research hub. Since June, the Portuguese government has been promoting an initiative to set up an international research centre in the Azores, combining different scientific and technological domains to further progress in environmental and energy-related technologies as well as allowing Portugal to be active part of the ‘Space 4.0’ evolution (for example, in space applications and small satellites).

The discussion highlighted a number of activities in areas such as Earth observation, launchers, technology development and operations that could contribute, through involvement of Portugal, to the development of Azores and to the fulfilment of a locally based international research centre.

ESA is already represented in Portugal, through ESERO and a Business Incubation Centre that have already supported very successful initiatives with Portuguese students, start-ups and businesses. The visit highlighted the importance of a closer cooperation between ESA and its Member States for a mutual benefit and, eventually, to enhance space activities in Europe.