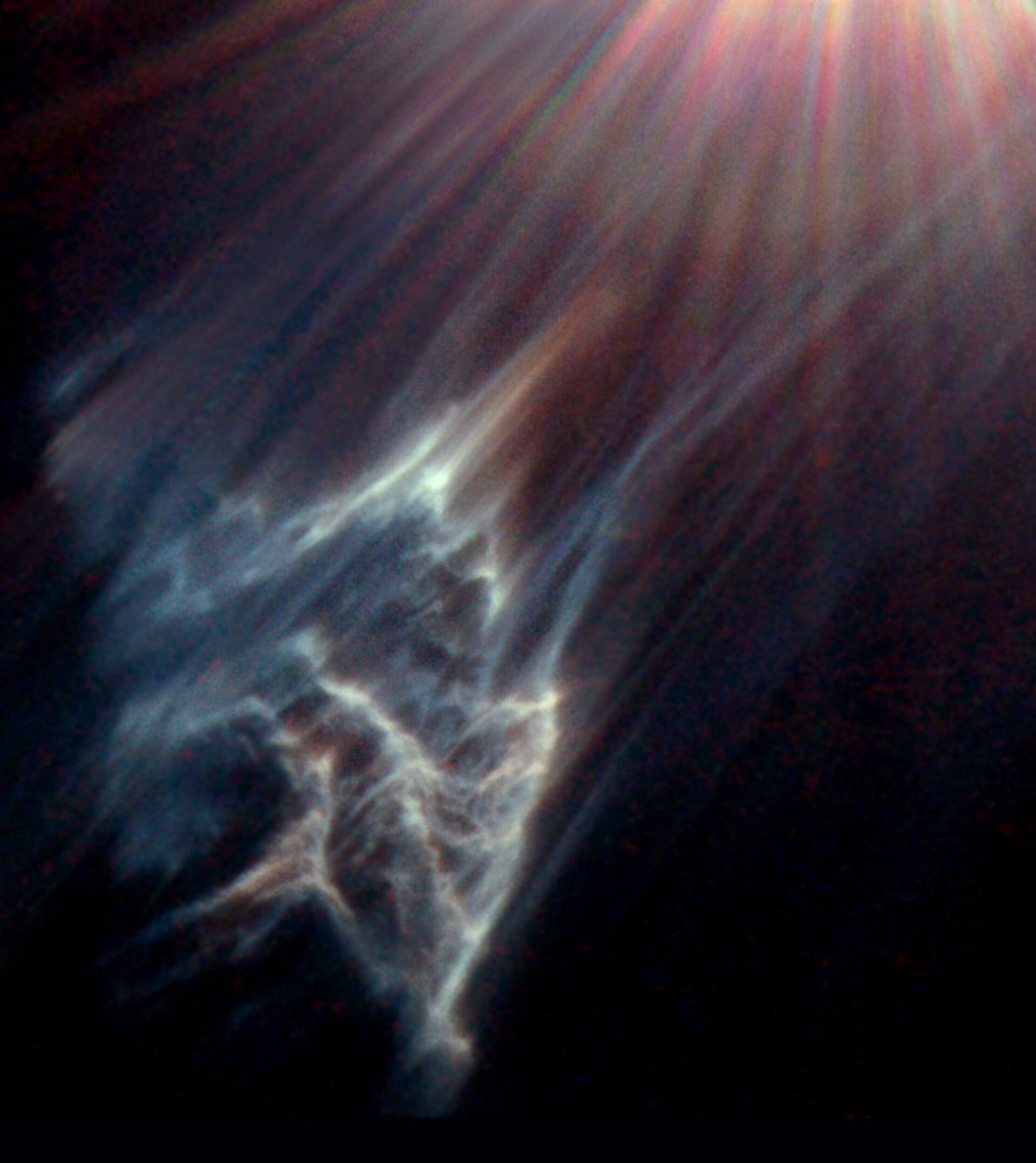 This ghostly image shows what can happen when an interstellar cloud passes too close to a star. Barnard's Merope Nebula, also known as IC 349, is a cloud of interstellar gas and dust travelling through the Pleiades star cluster at a relative speed of 11 kilometres per second. It is passing close to the star Merope, located 0.06 light years away from the cloud, which is equivalent to about 3 500 times the distance between the Earth and the Sun. This passage is disrupting the nebula and creating the wispy effect seen in the image.

Astronomers believe that radiation pressure from the star is acting like a sieve to separate dust particles of different sizes. As the nebula approaches Merope, the starlight decelerates dust particles, but the small particles slow down more than the large particles. As an effect, the almost straight lines that are reaching out towards Merope in this view are made of large particles, whereas smaller-sized particles lag behind to create the wispy structure on the lower left.

The nebula will continue its approach towards Merope over the next few thousand years and will eventually move past the star, if it survives. Studying the nebula's interaction with the star is important as it provides a chance to observe interstellar material in an unusual situation and learn more about interstellar dust.

The nebula near Merope was discovered in 1890 by E.E. Barnard using the 36 inch telescope at the Lick Observatory in California. This image was captured by the NASA/ESA Hubble Space Telescope on 19 September 1999 and was originally published in 2000.