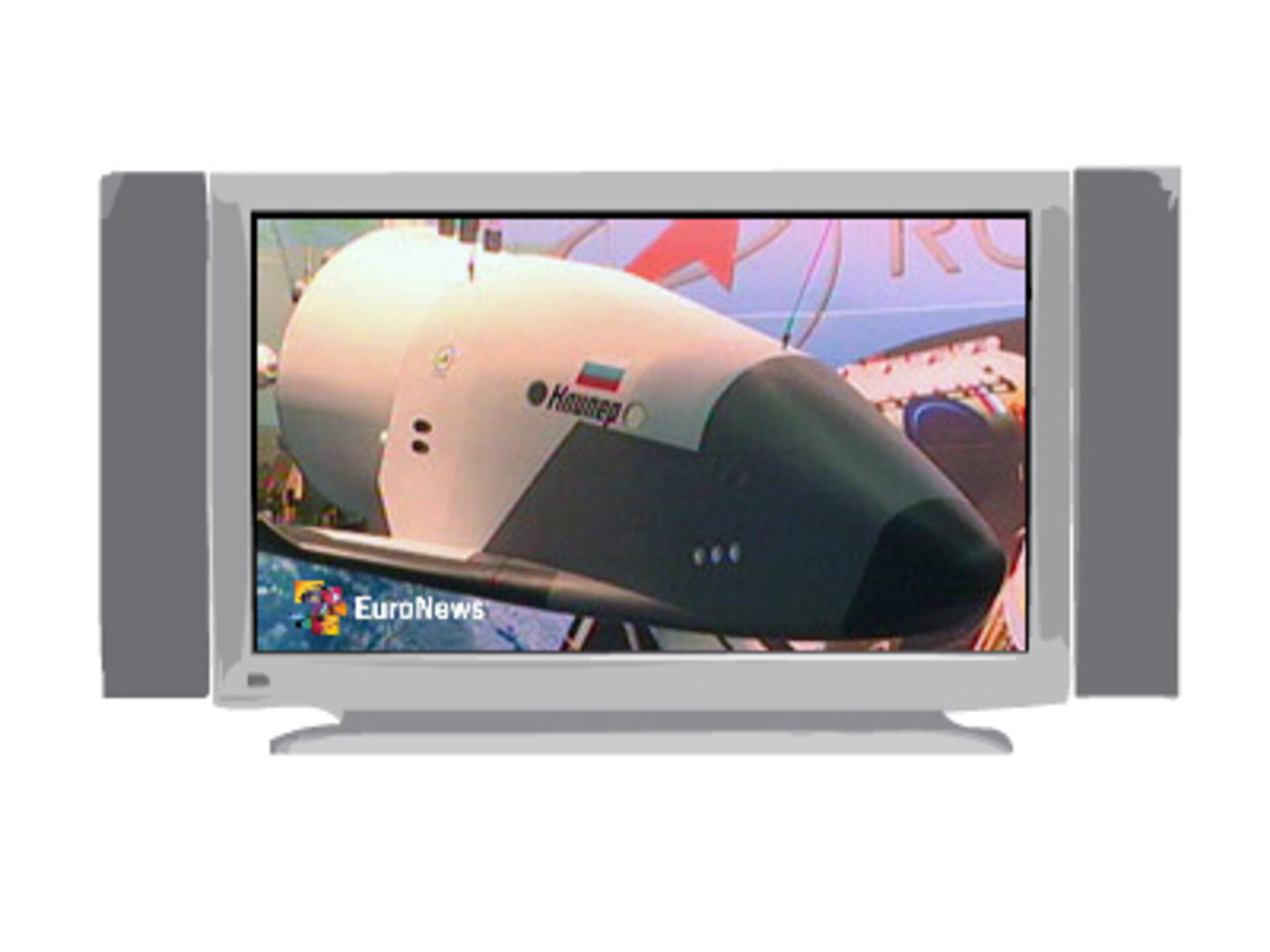 Whilst everyone awaits the return to flight of the US Shuttle, Europe is considering an eventual participation in a new manned spacecraft. The Kliper project which Russia is proposing to build was one of the hot subjects of the recent Le Bourget airshow.

The return of America's 'big white bird' is of crucial importance for the International Space Station. The Shuttle is the only vehicle capable of bringing up the last remaining large elements – including the European Columbus module - for completion of the Station.

Use of the ISS will continue after the end of Shuttle flights, planned for 2010. NASA and other space agencies are thus envisaging alternative vehicles which could not only service the orbital outpost but also be key elements of future space exploration programmes.

EuroNews 'Space' magazine today focuses on one of the most exciting projects, Russia's new generation manned spacecraft. After 40 years of making the venerable 'Model-T', the Soyuz capsule, Russia is actively searching for international cooperation on its Kliper spacecraft.

"The Soyuz is basically a concept from the sixties and is getting rather old," agrees Frank de Winne, ESA's Belgian astronaut. "It is also getting rather difficult to produce this type of spacecraft. The Americans are examining a new system of manned space transport, called the Crew Exploration Vehicle; and there is the Russian Kliper project, in which Europe is particularly interested."

Frank de Winne was interviewed at the Le Bourget Airshow, where the Russian space agency Roscosmos and its industrial companies presented a small-scale model of the Kliper vehicle.

"Kliper is a new generation spacecraft, incorporating brand new ideas in its design," explained Vladimir Daneev, engineer at the RKK Energuya company. "Since the construction of the Shuttle and Buran, a lot of new materials have been found and new technologies have appeared. We will use all this Russian know-how in the new spacecraft, and we are eager to incorporate a maximum of European technology in the design."

A full-scale model of Kliper has taken shape in the RKK Energuya assembly halls. The EuroNews report shows exclusive shots of its construction. The future vehicle, consisting of three modules, looks like a stubby small-winged aircraft. It will be able to transport six astronauts and 500 kg of supplies, or two astronauts and 700 kg of cargo.

"Today we are examining with our Russian colleagues whether we can cooperate on this project," says Frank de Winne. "Russia has asked not only ESA but also other nations, like Japan for example, to see if it is possible to work together, not only in the development but also in the operational phase. This would give Europe new capabilities, most significantly the ability to carry its own astronauts into space."

The Kliper spacecraft would have a mass of some 13 tonnes at launch. It would be carried into orbit by an improved and more powerful version of the Soyuz rocket.

Not far from the Kliper model at Le Bourget was another scale model, that of the future Soyoz launch complex being built in French Guiana. A first satellite launch is scheduled in 2008, but could the European Spaceport be used one day for Kliper flights?

At present, this eventuality is not part of ESA plans. But Russian engineers and officials do not hide their hopes for the future.

"International cooperation is the most reasonable way to carry out huge and expensive projects," says Igor Barmin, imminent figure of Russia's space programmes. "That is why I think the cooperation between Europe and Russia, very successful so far, will bring mutual benefits to both sides."

Two options have been retained for Kliper's return to Earth. The spacecraft will be able to descend under parachutes in the vast deserted areas of central Asia, or more conventionally like a plane on a hard runway in more populated regions.

The Kliper project has great potential. The vehicle will be able to carry astronauts to the ISS, and can be envisaged for human flights to the Moon and future exploration of the solar system. "Kliper has been conceived on the long term, to be usable 20, 30 or 40 years from now," emphasises Frank de Winne.

The key decision on Europe's future involvement in Kliper could be made in December. European government ministers responsible for space will be meeting to consider ESA's programme of space exploration.

ESA's Director of Human Spaceflight, Microgravity and Exploration Programmes is confident that the response will be positive. "It is not just that Kliper is a good political deal, or that it provides us with a powerful piece of technology," said Daniel Sacotte. "It will give us a vision, a scientific goal that young Europeans badly need today."

This view is shared by many visitors at Le Bourget. "European space must be a complete, coherent and successful system"… "I am astonished by today's technology which also carries with it a dream" … these were some of the comments heard by the EuroNews team during their report on the Kliper project.