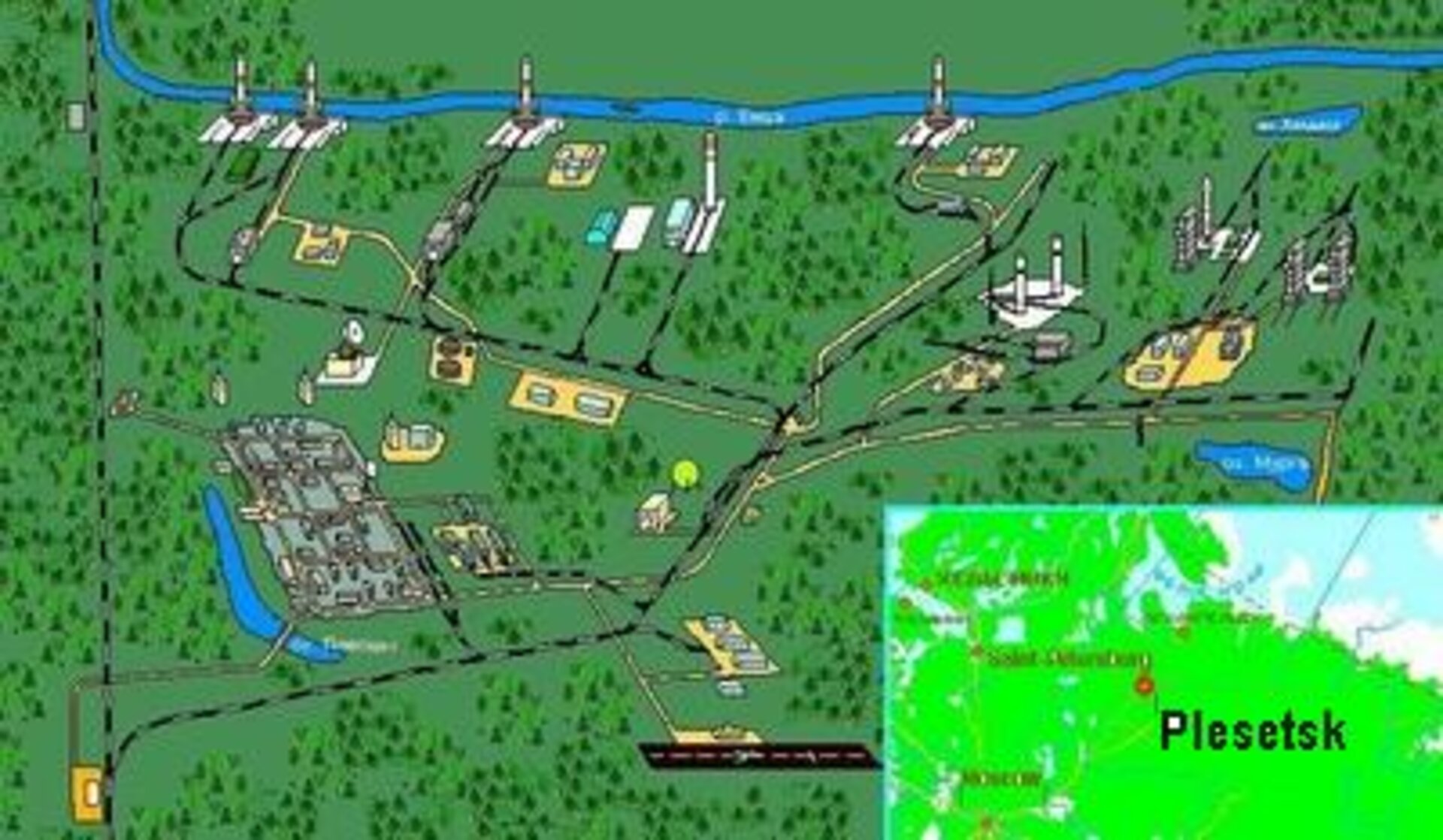 Plesetsk was founded in 1957. Situated in the Archangel region of Russia at 62° 54' North and 40° 23' East, Plesetsk was the Soviet Union's most northern launch base, used to place mainly military satellites into polar orbit. Until recently Plesetsk was the busiest launch base in the world.

Plesetsk began as the world's first operational intercontinental ballistic missile base. At the end of the 1950s four massive R-7 integrated launch complexes were built there for the famous Semyorka launcher that later became Soyuz.

In the early 1960s future space plans indicated the need for a launch site that could reach militarily useful polar orbits inaccessible from Baikonur. The job of selecting a site for a northern cosmodrome began at the beginning of 1962. At the end of that year Plesetsk was selected and on 2 January 1963 Plesetsk was made a cosmodrome by Presidential decree.

Plesetsk avoided one of the problems at Baikonur, the large distance between the living quarters and the technical positions that means that workers have to commute for at least 2 hours a day by train. At Plesetsk this was avoided by locating the living quarters only 1 to 2 km away from the technical centres, in an area called Mirniy. This is also linked by train to the launch complexes 36 km away.

The Yemtsa river borders the cosmodrome on one side near to a launch area consisting of four launch complexes for Soyuz and Molniya launch vehicles, similar to the R-7 Semyorka launch facilities at Baikonur. The satellite payloads for the launchers are prepared and integrated in Mirniy.

Mirniy is a planned city in the taiga forest, with decent housing, excellent sports and recreation complexes, restaurants, cinemas, officer's clubs, a cultural centre and an orthodox church. There is also a store and market, a hotel, playgrounds and parks. The city is served by Pero Airport.

In 1966 Mirniy obtained city status. The population has now reached 80 000, most of them military staff and their families.