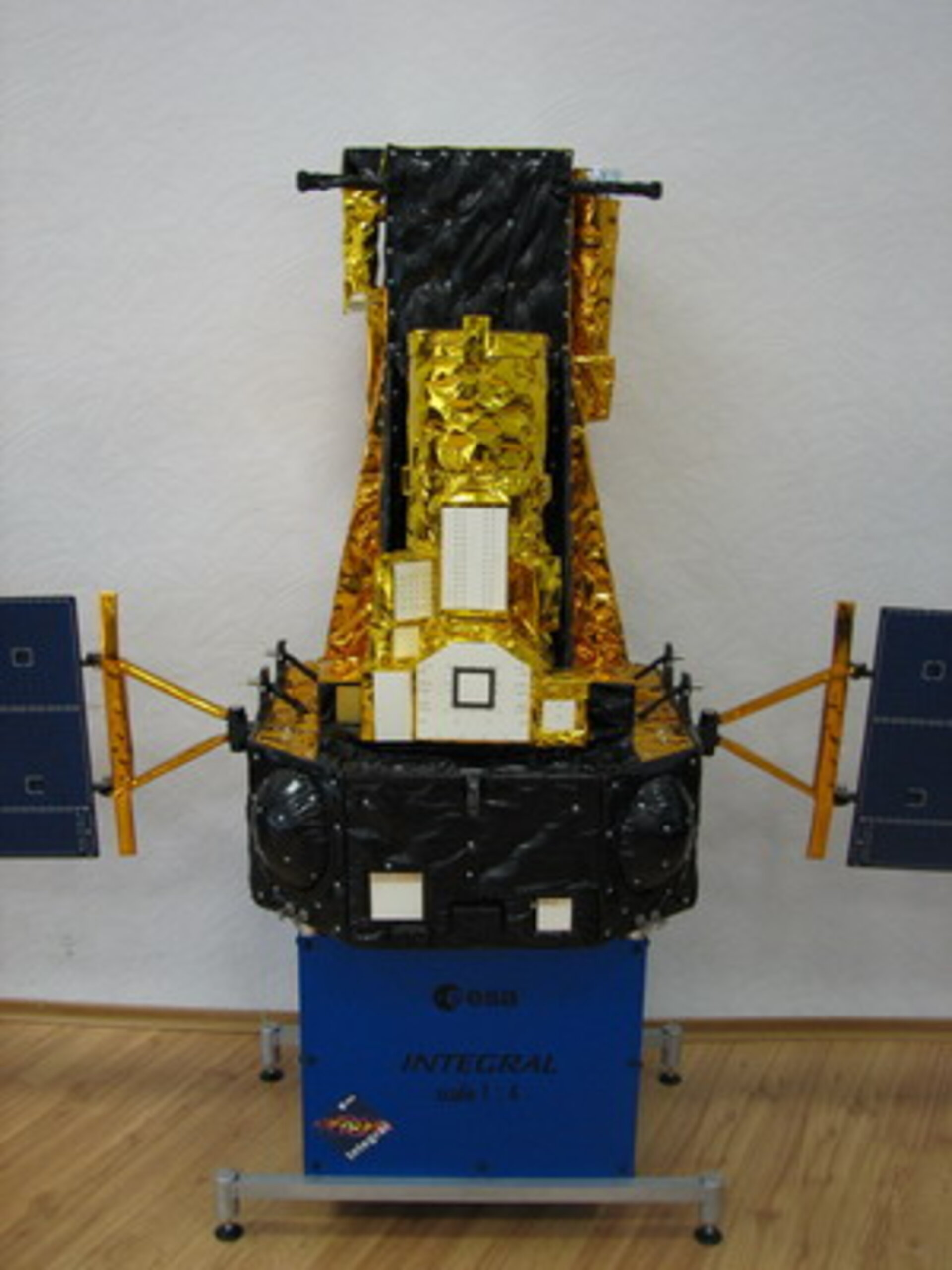 The Obscured Universe 6th Integral Workshop held at IKI (Space Research Institute) from July 2 to July 8, 2006. The presentation was made by Christoph Winkler, ESA-ESTEC, in front of an audience of more than 200 participants from European countries, the USA, Russia and Japan.

Integral, the ESA’s gamma-ray observatory mission, in collaboration with Russia and NASA, was launched on 17 October 2002 and is performing very well since then. The mission duration has been extended until late 2010. Thanks to its unprecedented imaging performance and unique gamma-ray spectroscopy capabilities, the scientific community using Integral has – during the past 3.5 years – achieved important scientific results in the field of high energy astrophysics. Examples include the detection of a new class of Galactic compact sources; resolution of the Galactic diffuse continuum emission at hard X-ray energies into point sources; imaging and spectroscopy of the 511 keV annihilation line and the 1.8 MeV radioactive emission of 26Al.

Integral is a truly international mission with the participation of all member states of ESA plus the United States, Russia, Czech Republic and Poland. On board, four instruments from teams led by scientists in Italy, France, Germany, Denmark and Spain gather and analyse the gamma rays from space. The Russian Proton rocket placed the spacecraft into orbit in October 2002 with astonishing accuracy and since then the satellite has been in perfect health. NASA and ESA ground stations keep in touch with Integral.

Every three days Integral orbits the Earth once. The spacecraft spends most of its time at the furthest parts of its orbit, at an altitude higher than 40 000 kilometres, well outside Earth's radiation belts, to avoid background radiation effects. From here ESA's gamma-ray observatory sends back to Earth new information about the most exciting phenomena in the Universe. It reports on violent explosions, the formation of elements, black holes and other exotic objects in our Milky Way, the cosmic neighbourhood and much further, in distant galaxies at the edge of the observable Universe.

The mission operations centre responsible for satellite control is located at ESOC in Germany. The Integral Science Operations Centre (ISOC) is located in ESAC (Madrid, Spain), provide the observation plan, and Switzerland hosts the centre for the scientific data, the Integral Science Data Centre (ISDC). In IKI, in Moscow a special center has been set up to gather and analyse data from Integral. It works in close cooperation with ISOC and ISDC.

The main “deliverable” for a scientist is a scientific publication. For the Integral international community, this factor rates at 10 papers per month in 2006. The total number of publications since the launch of the satellite has been 190. Several important discoveries in the have been made related to the evolution of our Universe and its present status. There will be more to make as the extension of the Integral mission is fully approved until December 2008 and, subject to a performance review, until December 2010.