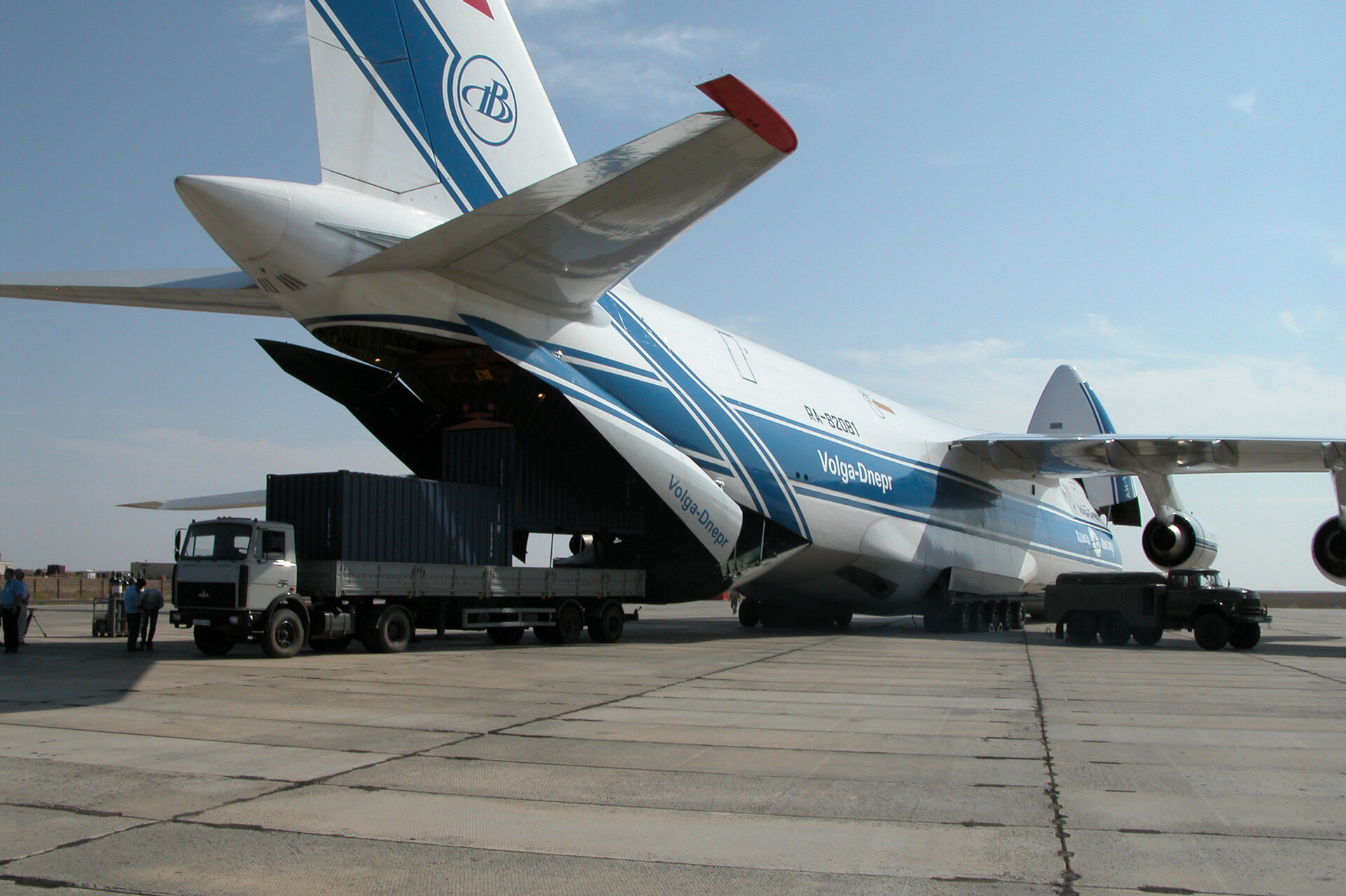 The shipment, including the spacecraft and all the complex equipment needed for ground support to prepare for launch, was carried by an Antonov 124 cargo plane which left the airport of Toulouse, France, on Saturday 6 August.

On arrival the precious load was unloaded from the huge cargo bay of the plane and transported by train into the big MIK hangar at the cosmodrome. In these clean rooms the spacecraft has now started its final series of tests before launch, scheduled to take place on 26 October.

From now until the end of August ESA and the industrial teams who built Venus Express will check again the integrity of all spacecraft systems and their functionality after the journey.

This includes the delicate checks of the spacecraft propulsion system. With these tests, currently underway in the so-called Hazardous Processing Facility, the engineers ensure that the propulsion system and the pressurising mechanisms are functioning correctly, and that the system is still leak-tight after transportation.

Subsequent tests on the basic performance of the spacecraft will follow, such as electrical and functional testing including on-ground simulation of actual mission scenarios.

After these operations on the spacecraft a new broader series of tests will start at the beginning of September. The Venus Express ground system, located at ESA's European Space Operations Centre (ESOC), in Darmstadt, Germany will be test-connected to the spacecraft located in Baikonur, so that the engineers can confirm that the ground station and Venus Express can ‘talk’ properly to each other over the course of the Venus Express mission.

Everything on track for the launch of Venus Express, the next planetary mission of the European Space Agency.