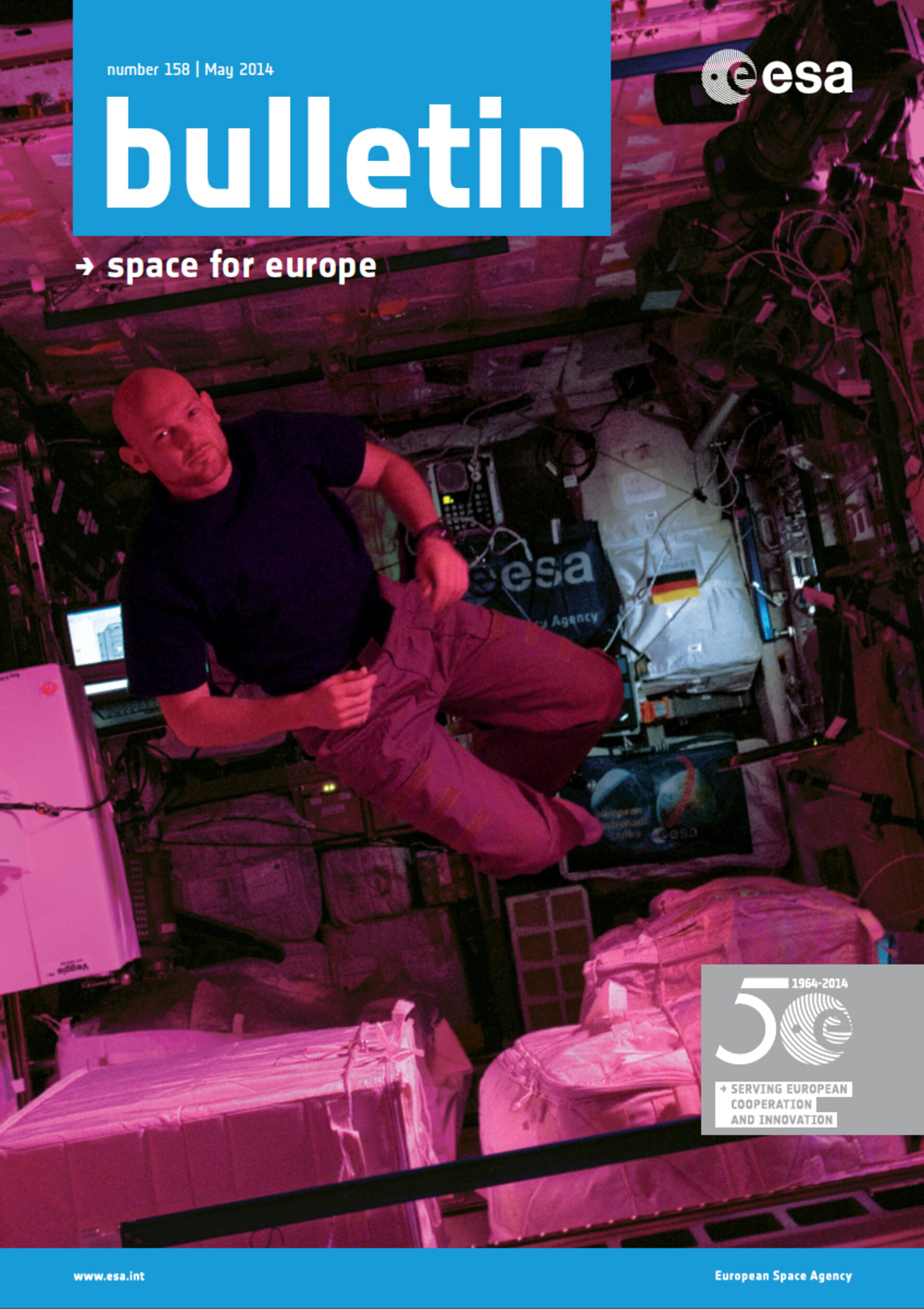 Inside this issue of the ESA Bulletin, you'll find the second instalment of our comprehensive chronology of ESA, its predecessor organisations and the history of European cooperation in space. Read online

This month we continue the celebrations of the space community, marking the anniversary of the construction of Europe as a space power and 50 years of unique achievements in space. Our 'Chronology Part 2', looks at the years immediately after the formation of ESA, its rapid growth and the line of successes in space.

Interestingly, in 2014, ESA celebrates not only 50 years of European cooperation in space, but also 35 years of relations with China. 'Cooperation with China in space science' looks at the progress on the road to cooperation since that symbolic date in February 1979, when the first ESA delegation visited China led by ESA Director General Roy Gibson.

Soon, ESA’s final Automated Transfer Vehicle will reach orbit for the fifth and last time. But rather than being a sad end to the project, ATV Georges Lemaître will herald a new path beyond low Earth orbit for Europe. 'Automated Transfer Vehicle: A story of European success and cooperation' describes the second life of ATV after completing its resupply role for the International Space Station – a European module to power NASA’s Orion spacecraft for Moon missions and beyond.

At this moment, ESA astronaut Alexander Gerst is looking back at planet Earth from space. From now on, for almost half a year, everyone he loves, everyone he knows, everyone he ever heard of, will be 400 kilometres below him. “Seen from a distance, our planet is just a blue dot, a fragile spaceship for humankind. We need to understand the Universe we live in to protect our home,” says Alexander. He has a six-month stay on the Station, serving as flight engineer for Expeditions 40 and 41. 'Leaving the pale blue dot' gives background on Alexander, the astronaut and his mission.

Next a very important technical issue is described in 'Putting the squeeze on: How data compression can stop space missions drowning in data'. Mission planners are increasingly coming up against the thorny problem of how to manage huge amounts of data – in particular, how to relay them down to the ground. Handling the data on the satellite itself is not so much of a problem: but as space gets busier, it is the bandwidth to transmit back to Earth that is becoming a very scarce resource.

Finally, we catch up on possibly the most exciting mission of the year, ESA's Rosetta. Almost six months have passed since Rosetta woke up from deep-space hibernation, ready to complete the final leg of its 10-year comet chase. Now, with a gap of less than 200 000 km to close, the comet is firmly in Rosetta’s sights and 'The chase is on!'