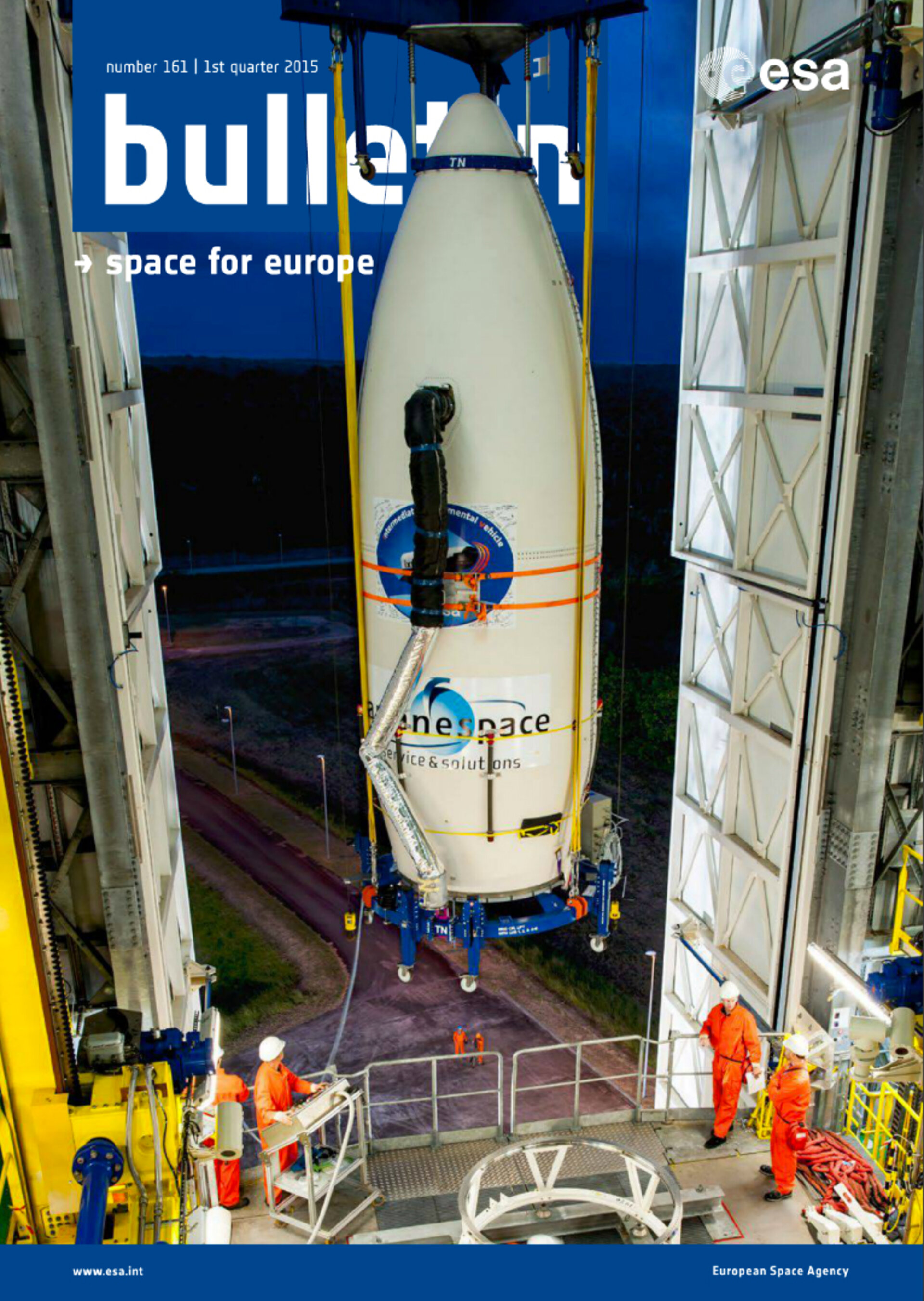 In the latest issue of the ESA Bulletin, you'll find a report on the recent flight of ESA's Intermediate eXperimental Vehicle and a tribute to the NASA/ESA Hubble Space Telescope on its 25th anniversary in orbit. Read more

But first up is Colour Vision for Copernicus: the launch of the Sentinel-2A satellite in a few weeks is set to open a new chapter in our ability to monitor the health of Earth’s vegetation and track changes in the way land is used.

Following on from the Sentinel-1A radar satellite, Sentinel-2A is the next in ESA’s fleet of satellites dedicated to Europe’s Copernicus programme – the largest environmental monitoring programme in the world.

Carrying a novel multispectral imager, this state-of-the-art mission will provide information that will not only help improve agricultural practices and map changes in land cover, but also monitor the world’s forests and detect pollution in lakes and coastal waters. In addition, images of floods, volcanic eruptions and landslides will contribute to disaster mapping and help humanitarian relief efforts.

In Rise to Recovery, we look at the aftermath of the earthquake that shook the Italian Abruzzo region in 2009. This earthquake left a major town devastated – and a hole in the European space sector. An entire Thales Alenia Space facility, producing critical electronic components and composite materials for a multitude of ESA and commercial space missions, was severely damaged. With ESA's support, the creation of a replacement facility was an engineering challenge with both technical and humanitarian dimensions.

ESA’s unmanned Intermediate eXperimental Vehicle (IXV) has completed its mission: showcasing the latest technologies and critical systems to extend Europe’s capability for space exploration. In a world first, Europe launched and landed its IXV spaceplane that has no wings but instead featured an aerodynamic shape that produces enough lift to fly through the atmosphere. The 100-minute Mission charts that flight of 11 February from Europe’s Spaceport in Kourou, French Guiana.

On 24 April 1990, the Space Shuttle Discovery lifted off carrying a precious cargo. The following day, it released into orbit the Hubble Space Telescope, an observatory that would open our eyes to the wonders of space beyond the shores of our cosmic ocean.

The Hubble Story features a timeline of the iconic space telescope's development and a gallery of some of its most impressive images. This issue is rounded off by the regular look back into the previous year's events and images.