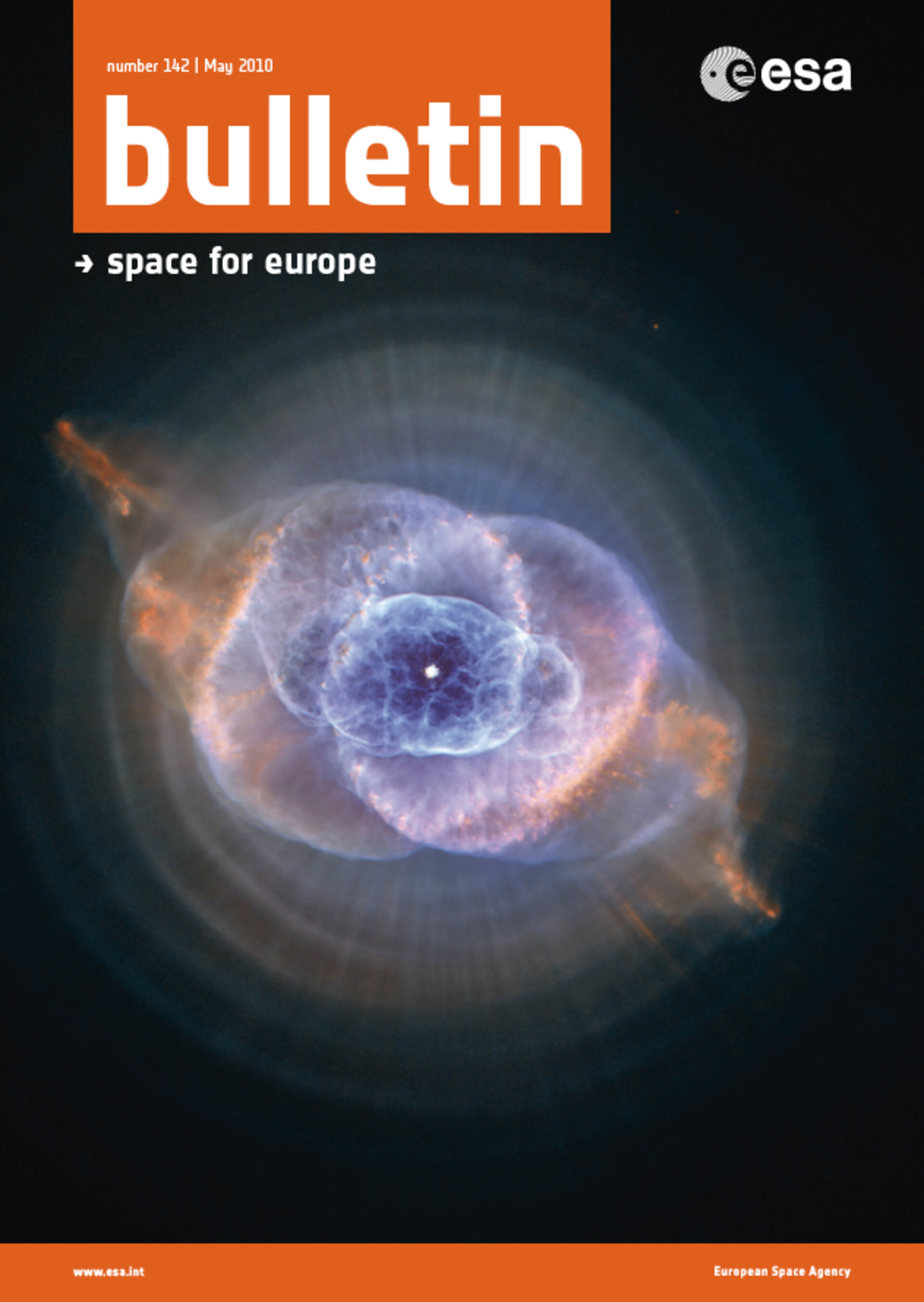 A stunning image from the Hubble Space Telescope is on the cover of this issue of the Bulletin, as this famous observatory celebrates 20 years in space. Read the Bulletin and other publications online, with our visualiser tool.
Read online

On 24 April 1990, the Space Shuttle and its crew released the NASA/ESA Hubble Space Telescope into Earth orbit. What followed is one of the most remarkable sagas of the space age. Hubble’s unprecedented capabilities have made it one of the most powerful science instruments ever conceived, and certainly the one most embraced by the public.

Hubble’s discoveries have revolutionised nearly all areas of astronomy, from planetary science to cosmology. And its pictures are unmistakably out of this world.

Next in this issue of ESA's flagship magazine, we look at Alphabus, the coordinated European response to an increased market demand for larger telecommunication payloads, carrying new broadband, broadcasting and mobile communications services.

With the Alphabus product line, European industry extends its telecommunication satellite range significantly beyond the capabilities of existing platforms, both in maximum payload power and mass.

Also in this issue, we look at the Space Component of GMES, the European Earth observation programme led by the European Commission, which will provide data useful in a range of issues including climate change and security. The success of GMES will be achieved through a well-engineered 'space component', gathering the Earth observation data to turn into services for monitoring the environment and supporting civil security exercises.

With the benefit of more than 30 years experience developing and implementing missions to observe the Earth from space, ESA is well-placed to develop and implement this essential part of GMES.