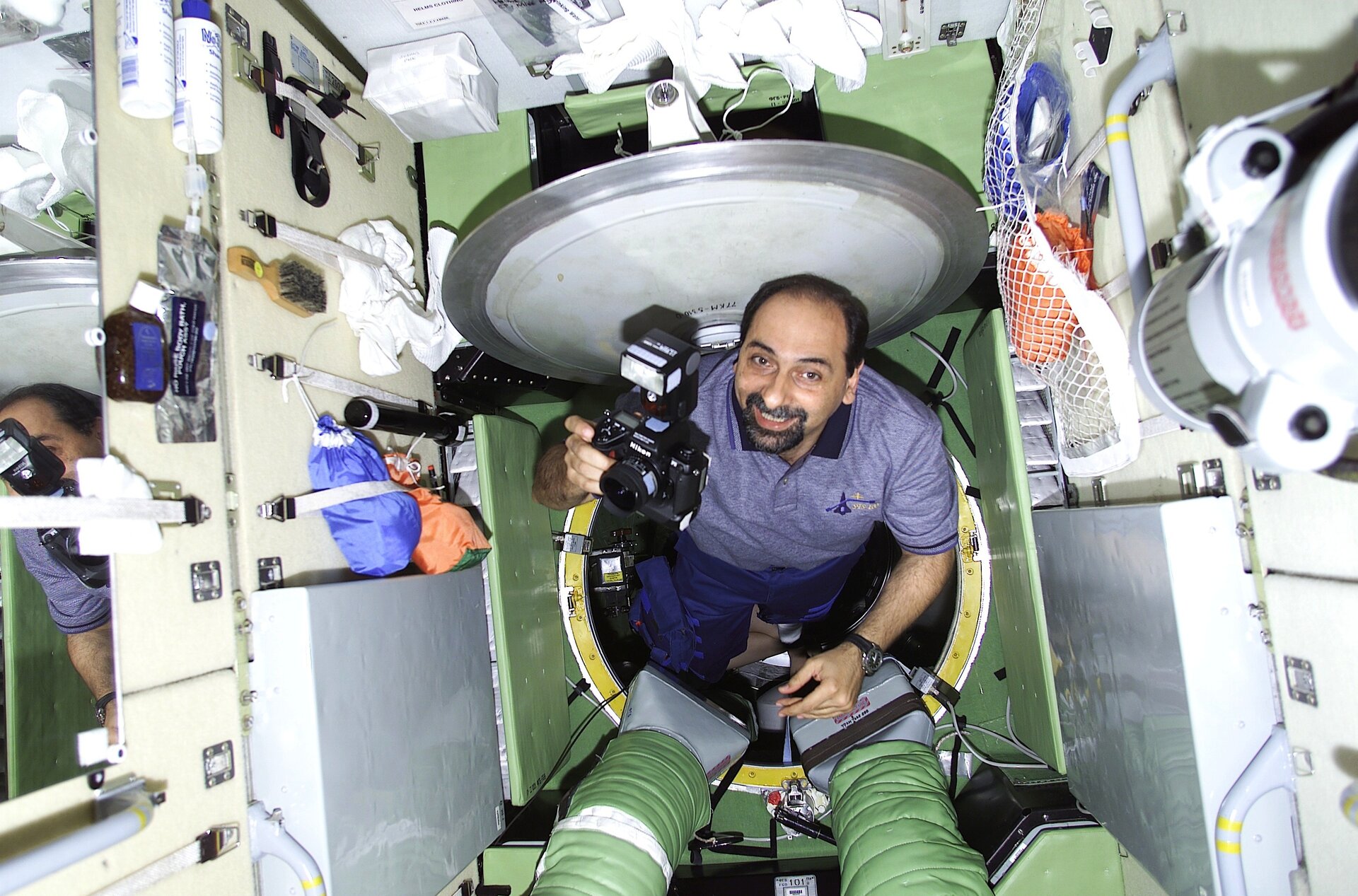 On 23 April 2001, Italian ESA Umberto Guidoni made history as the first European astronaut to board the International Space Station.

Guidoni had been launched on four days earlier, on 19 April, on Space Shuttle Endeavour as part of its seven-strong STS-100 crew from Kennedy Space Centre, with a liftoff at 20:41 CEST.

The 11-day STS-100 mission was the ninth Shuttle visit to the Space Station and would feature two space walks. The Shuttle docked with the International Space Station some 260 km above Earth on 21 April. The hatches between Endeavour and the Space Station were opened another two days later, on 23 April, allowing the Shuttle crew and Station occupants to greet one another for the first time.

Guidoni and his six colleagues were delivering elements and equipment required for the ongoing assembly of the International Space Station. In particular, the Shuttle carried the Raffaello Multi-Purpose Logistics Module (MPLM), provided by the Italian space agency ASI, as well as the Space Station Remote Manipulator System, the Canadian robotic arm that would be used extensively to assemble the Space Station over the coming years.

Guidoni’s specific role on STS-100 was as ‘loadmaster’ in charge of MPLM logistical operations, overseeing the activation and deactivation of Raffaello and, in a backup role, helping to operate the Shuttle's robotic arm during the spacewalks.

Endeavour also boosted the Space Station’s altitude and performed a fly-around survey of the Station, including recording views with an IMAX camera in the Shuttle’s cargo bay. All objectives were completed without incident, and the Shuttle returned safely to Earth on 1 May 2001. During this mission, astronaut Chris Hadfield made the first spacewalk by a Canadian.

Since Guidoni’s flight, there have been another 16 Europeans staying for a cumulative total of over 1400 days on the orbiting outpost.

ESA astronaut Roberto Vittori (IT) became the first European to make second and third visits to the Station. Frank De Winne (BE), André Kuipers (NL), Paolo Nespoli (IT) and Christer Fuglesang (SE) have all made second visits.

The first ESA astronaut to stay on board in an expedition was Thomas Reiter (DE) in 2006. Tim Peake (GB) is currently serving on a six-month long-duration mission.