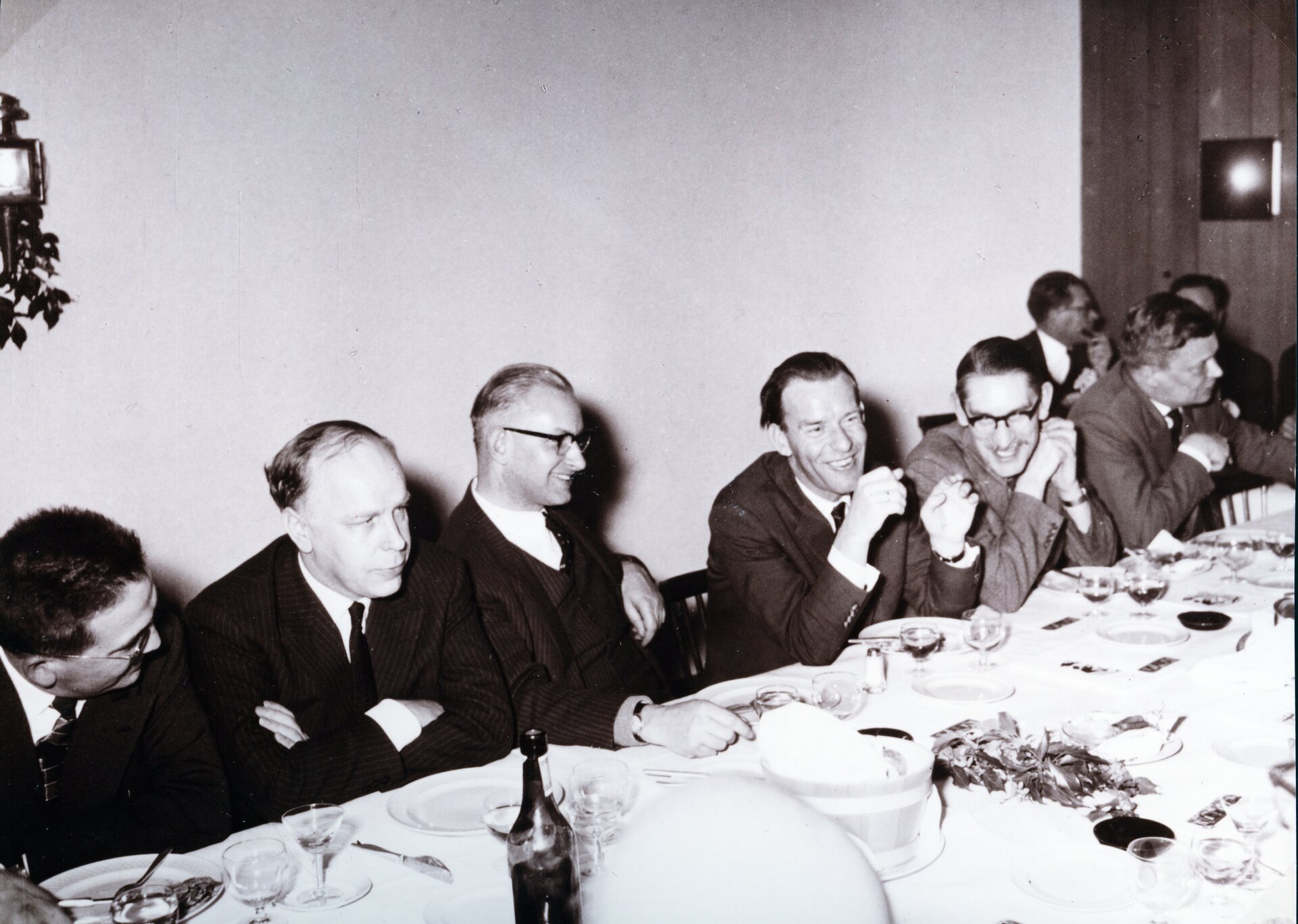 The first results of our digital transformation, giving electronic access to our archives, includes five collections from ESA’s predecessor organisations, which represent the first decade of the European space effort, starting with the Conference of Meyrin in 1960 to the adoption of the ESA Convention in 1975.

In late 1960, a conference of senior European scientists took place in Meyrin, Switzerland. This conference formalised the so-called ‘Meyrin Agreement’, which officially established the European Preparatory Commission for Space Research (or COPERS) on 27 February 1961. The aim of COPERS was to prepare for the establishment of an international organisation capable of planning and implementing programmes of common interest for Europe's entry into space.

The COPERS group began drafting a convention to set up the European Space Research Organisation (ESRO), which was signed in Paris on 14 June 1964 by most of the COPERS state members (Federal Republic of Germany, Belgium, Denmark, Spain, France, Italy, the Netherlands, United Kingdom, Sweden; Austria and Norway abstained from signing).

The CETS collection (1963-1970) traces the path through the negotiations leading to the setup of a European communication programme that materialised with the first European telecommunications satellite, OTS-1, which was developed by ESRO and launched by ESA in 1977. This telecommunications programme had its origins in the ‘European Conference on Satellites’ (CETS from its French name). The purpose of these conferences was to draw up a common European policy for the impending negotiations with the United States, and the other member countries of the ‘European Conference of Postal and Telecommunications Administrations’ (CEPT).

Only a few official papers of CETS are stored in the files of this collection but the quantity of the material is sufficient for the reconstruction of the history of the agreement between ESRO and European governments regarding space telecommunications. The files concern the various steps approaching the agreement on telecommunications with unofficial minutes, reports, notes and relevant correspondence, plus comments on the final text.

The first European Space Conference (ESC) was held in December 1966, with the participation of 14 countries. Afterwards, the ESC became a permanent body and met at least once a year at ministerial level to work out and ensure the implementation of a co-ordinated European space policy. The ministerial meeting in Brussels on 20 December 1972 finally managed to reach unanimous agreement on all outstanding issues: there should be a single European Space Agency which would have the task of integrating national and European space programmes in the future. The final agreement was submitted on 15 April 1975 to the final ministerial meeting of the ESC and accepted.

The collection of documents relating to the European Space Research Organisation (ESRO), is composed essentially of minutes and correspondence files emanating from the various ESRO bodies and departments. The minutes of the Council and the Scientific and Technical Committee gives information on the core of decisional processes and of the main political steps of the organisation. The files supply special support to the history of ESTEC, the biggest establishment of the organisation. The richness of the legal documentation gives a vivid impression of discussions on the various contracts and agreements.

The files held in the collection of the European Launcher Development Organisation (ELDO), reconstruct the history of ESRO’s sister organisation, which dealt with the development and construction of space launch vehicles and ancillary equipment, in particular the Europa family of rockets. A large part of the documentation is related to the closing down of ELDO and has an interesting appendix of documents, in particular relating to the setting up of Europe’s Spaceport, the launch site in Kourou, French Guiana.