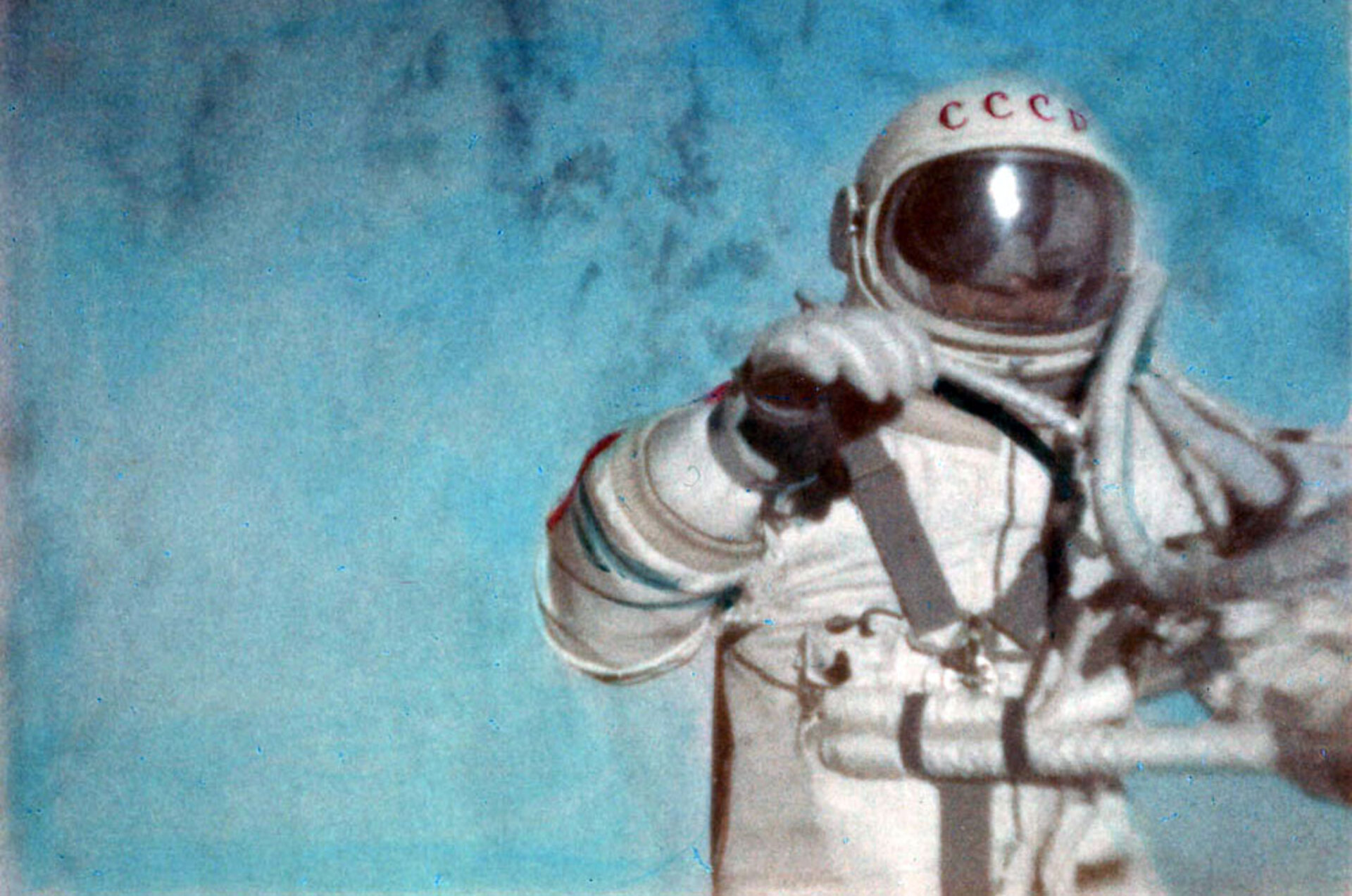 Russian cosmonaut Alexei Leonov, the first person to conduct a spacewalk, passed away on 11 October, aged 85.

On 18 March 1965, Alexei Leonov became the first person to float freely outside a spacecraft in Earth orbit, when he ventured from Voskhod 2. Famously, Alexei displayed nerves of steel when his spacesuit expanded in the vacuum of space so much that he was unable to squeeze back into the spacecraft. Taking a hair-raising decision, he opened a valve on the suit to let enough air escape for him to enter the airlock. His spacewalk lasted only 12 minutes but proved that astronauts could work outside a spacecraft.

News of his passing came as two astronauts – Andrew Morgan and Christina Koch – conducted the latest spacewalk from the International Space Station. ESA Director General Jan Wörner paid tribute saying, “I’m sorry to hear of the passing of Alexei Leonov. With his first ever spacewalk, he led the way for many astronauts. He was also an outstanding ambassador for international cooperation. I send my condolences to his family, friends and colleagues."

French ESA astronaut Thomas Pesquet said, “Sad to hear a legend like Leonov, first ever spacewalker, passed away. Strangely fitting though, that I was watching astronauts venture outside the Space Station live today as I heard the news. He opened the way for many of us!” British ESA astronaut Tim Peake said, ”A hero to so many, Alexei was pioneer of spacewalking and always full of wisdom and humour.”

One of ESA's most experienced spacewalkers, Swedish ESA astronaut Christer Fuglesang, said, “One of the greatest icons of space travel, not only was he a true astronaut pioneer with, among other things, the first ever spacewalk, but also he was a lifelong passionate supporter of space and for collaboration there. Quiet, sympathetic, wonderful.”

Alexei was a member of the first group of Soviet cosmonauts, selected in 1960 along with Yuri Gagarin, first human to fly in space. He was born on 30 May 1934 in the small town of Listvyanka, in Siberia. The eighth of a family of nine, he soon showed his skill in mechanics by building himself a bicycle from spare parts.

His career as a cosmonaut started when he joined the Chuguyev Air Force School in Kharkov, Ukraine, to qualify as a parachute instructor in the Soviet Air Force.

Voskhod 2 was his first flight in 1965. Once safely inside from the problematic spacewalk, the return to Earth did not go as planned either. The primary retrorocket misfired and the backup had to be activated. Then the service module failed to separate and burnt on reentry. The destabilised capsule ended up landing in the Urals, way beyond the recovery area. Alexei and Pavel Belyayev had to spend a night in forest surrounded by wolves, before being rescued the next day.

Alexei was always clear that he aimed much farther, he made no secret of the fact that he wanted to be the first man on the Moon. He made his second spaceflight in 1975 with another historic event in space, the docking of a Soyuz and US Apollo spacecraft. For the first time, a Soviet launch was broadcast live worldwide and two days later they rendezvoused with the last Apollo spacecraft to fly.

Leonov was head of the cosmonaut corps until January 1982 and became deputy director of the Gagarin Cosmonaut Training Centre in Moscow – known as 'Star City'. After retiring in 1991 he became vice president of Alfa Bank, the largest private commercial bank in Russia.

Throughout his career, Leonov never stopped drawing and painting. He even took coloured pencils and paper into space with him to create the first eyewitness sketches of Earth from space. During the Apollo-Soyuz mission he presented the Apollo crew with their portraits he sketched during the mission. Leonov published many books and his paintings, presenting his personal vision of space travel, have been shown worldwide.