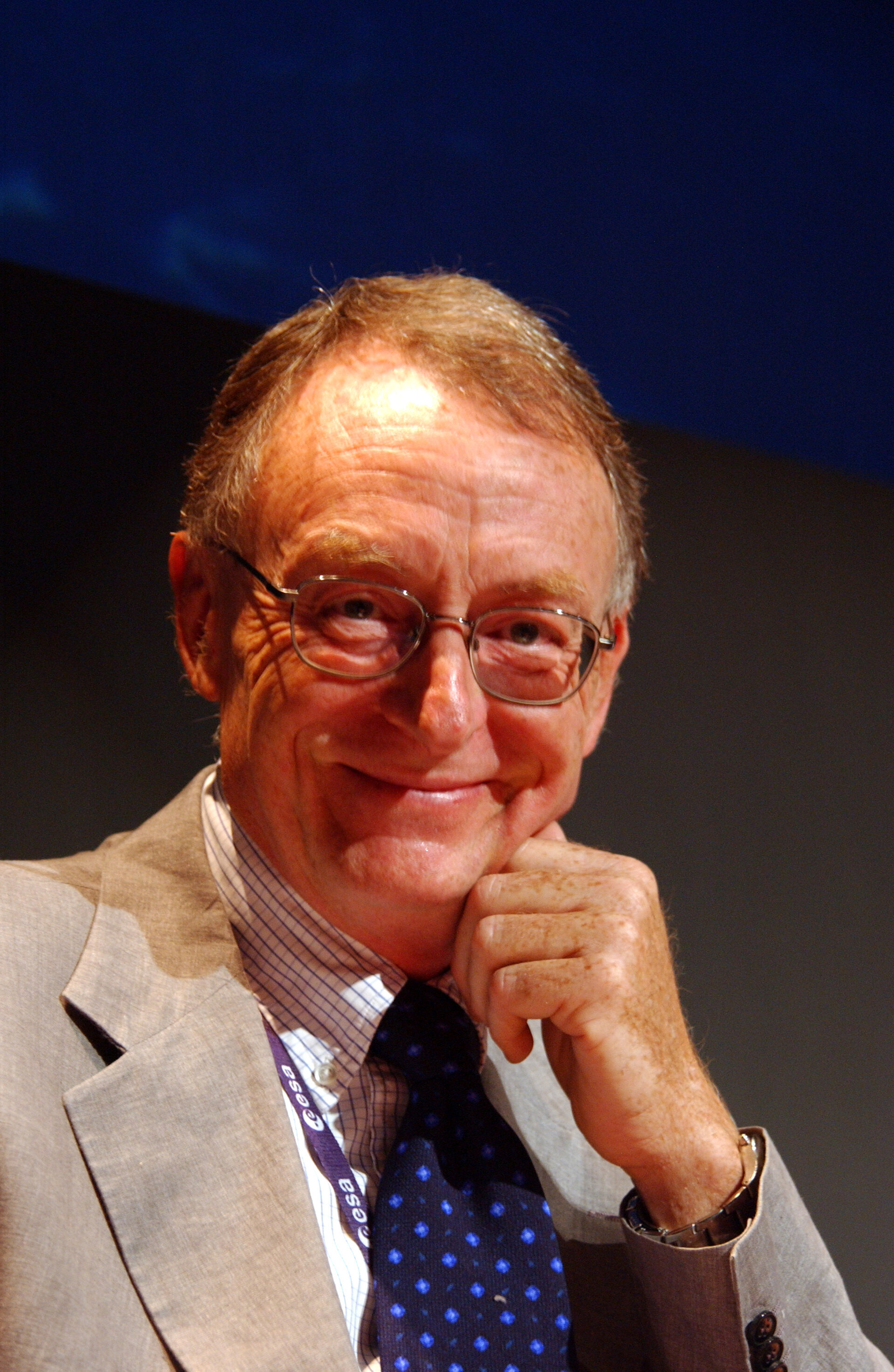 For 28 years Antonio Fabrizi worked for the same company on space propulsion for all kinds of engines, from small liquid thrusters to large solid boosters. From the late 1980s he advocated the development of a European launcher for small science and application payloads, and today he is at the helm of ESA’s Directorate of Launchers. Among his missions is the development of Vega.

Antonio Fabrizi was born in Rome on 24 January 1948. Although he spent most of his childhood dreaming about aeronautics and space, at high school he chose to study the humanities as he planned to go on to study political science at university and dedicate his life to diplomacy.

The mid-1960s saw fierce competition between the Soviet Union and the US as they vied with each other in the space race and the world’s media eagerly reported on the most recent ‘space first’. Antonio Fabrizi suddenly had a change of heart as the time came to enter university and he decided to study mechanical engineering at Rome’s 'La Sapienza' University.

As the world watched the first manned expeditions to the Moon, Antonio Fabrizi focussed on another major aerospace achievement of the time: large airliners and he prepared his thesis on turbojet engines.

Just before graduating in 1974, he was offered a job by SNIA-Viscosa, a large Italian chemistry group with a Defence and Space Division, located close to Rome in the town of Colleferro.

Birth of the space propulsion industry

At that time the company’s main space activities concerned small solid propulsion, with the apogee kick motor for the Sirio 1 test satellite and the separation rockets for the stages of Ariane 1, the new European launch vehicle.

An early assignment was a project for the newly created European Space Agency: to develop software to manage the solid propellant’s internal ballistics for the MAGE apogee kick motor developed for future geostationary satellites. As a design engineer on the MAGE programme, he later travelled to the sites of a nascent European solid propulsion industry: Bordeaux, Munich and ESTEC, ESA’s technical centre in Noordwijk, the Netherlands.

The first MAGE motor flew on the third Ariane 1 launch that on 19 June 1981 boosted the Meteosat 2 satellite into geostationary orbit. Some 18 motors were flown in 1997 on Ariane launchers and the Space Shuttle. One is lost in a launch failure and another cannot be ignited due to an electrical problem unrelated to the motor itself. The remaining 16 do their job perfectly, putting Europe’s first communication and meteorology satellites into operational orbit and sending the Giotto probe on its way towards a dramatic encounter with the nucleus of Comet Halley comet in 1986.

From solid to liquid

In 1981 Antonio Fabrizi married and was almost immediately transferred to British Aerospace in Stevenage, UK, for two years. He had a quite unusual task: to find a role for his company, which had become known as SNIA-BPD, in a new ESA programme called L-Sat. This 2.5-tonne spacecraft, later known as Olympus, would be the largest communication satellite of its time.

Olympus would carry no solid propulsion and SNIA-BPD had to provide liquid propellant thrusters. For Fabrizi, this meant creating a new liquid space propulsion activity almost from scratch. Back in Italy as programme manager, he set up clean rooms, integration facilities and test benches for the new thrusters, developed with technology transfer from the US.

This activity, originally designed for Olympus, rapidly grew into a full line of products with many new contracts mainly for Italian satellites and Germany’s MBB-Erno, the company that initiated liquid propulsion in Europe. The Italian propulsion system is mounted on the European Retrievable Carrier (Eureca), an autonomous space experiment platform designed by MBB-Erno for ESA.

Olympus is successfully launched by an Ariane 3 in July 1989, lost in May 1991 and recovered 77 days later. Eureca is launched by the Space Shuttle Atlantis in July 1992 and retrieved by Endeavour after 11 months of free flight.

Musings for a small launch vehicle

In the second half of the 1980s, Fabrizi is appointed marketing manager. With Prof. Carlo Buongiorno of the University of Rome, he begins to devise solutions to renew interest in small science and technology missions.

Among SNIA-BPD’s line of products were the Ariane 3 and 4 solid strap-on boosters for which Fabrizi had conducted feasibility studies some years before. An in-house study at SNIA-BPD concluded that a small launcher could be developed from a cluster of them. At the same time, a team from the University of Rome, led by Prof. Luigi Broglio, had been orbiting small satellites on US Scout launchers from the San Marco off-shore platform in Kenya since 1967 and was now looking for an improved version of this vintage vehicle.

In 1987, the two concepts are merged and BPD starts work with its US counterpart LTV Aerospace on a launcher dubbed Eagle Scout, later named Scout 2. The launcher was based on a Scout vehicle with Ariane strap-on boosters.

In the late 1990s, BPD is acquired by Fiat and the new Fiat Spazio venture is initiated under the lead of Giuseppe Grande, pioneer of BPD space activities, well known in the Ariane world. Fabrizi, now commercial manager in charge of developing new initiatives, welcomed the arrival of the new managing director of the group, Enrico Bondi, who brings to the company invaluable knowledge of economics and financing at a time when the whole space industry is changing from a pioneering to a more genuine industrial activity.

In 1993 Fabrizi becomes head of BPD’s Space Transportation Systems Business Unit. The company is deeply involved in the Ariane 5 development through its multiple joint ventures with French partners: Europropulsion with SEP for the motors, Eupera with SNPE for the propellant, and Regulus, also with SNPE, for propellant casting in French Guiana.

The bumpy road to Vega

In the meantime, Scout 2 has become the San Marco Scout and a modified Ariane 3 booster is test fired in March 1992 in Salto di Quirra, Sardinia. From 1993, however, LTV progressively withdraws from the project and closes the Scout production line. The project is taken over by the Italian space agency (ASI) and renamed Vega (Vettore Europeo di Generazione Avanzata). The new concept is now based on a new solid rocket motor designed by BPD: the Zefiro 16.

From the late 1980s, prior to the collapse of the Soviet Union, Fabrizi sought to initiate partnerships in Russia and the Ukraine. After approaching Russia’s Zvezda for a licence to adapt its Buran ejection seats to the Hermes space plane, he negotiates with Ukraine’s Youzhnoye for a partnership based on its medium-sized Tsyklon launcher.

The idea is to build a Tsyklon launch pad at Brazil’s Alcantara spaceport, close to French Guiana, to address the market for commercial constellations of small satellites. The constellation market eventually collapses and the project never fully materialises, but it brings Ukrainian technology into the upper stage of Vega.

In June 1998, ESA’s Council approves preliminary work on a European version of Vega and firm approval is received in November 2000. On 25 February 2003 the Vega development contract is signed between ESA and ELV SpA, a joint venture of ASI and FiatAvio, the successor of BPD since 1997.

Just two months later the ESA Council appoints Fabrizi as Director of Launchers and he is able to proceed with the final development of Vega, whose maiden flight was then scheduled for the second half of 2008. His responsibilities also include managing the recovery plan for the successful return to flight of the Ariane 5 ECA in February 2005, the development programme for a pad to launch the Russian Soyuz launcher from Europe’s Spaceport in Kourou, preparing technologies for next generation launchers and a new framework for the exploitation of the fleet of ESA Launchers programmes.

“When I look at my career, I find that in the end I merged my two early aspirations,” says Fabrizi. “I work with many international partners and I deal with big adult toys. I consider myself very lucky as I have always been able to do with passion what I dreamt of, thanks also to the patience of my wife.”